Check today’s price
This review contains affiliate links. Purchases made through an affiliate link earn a commission for Love the Night Sky but do not alter the price you pay. How we score telescope reviews.

The Celestron 21088 Omni XLT 102 telescope is a traditional refractor style telescope which hobbyists and astronomers alike will be able to appreciate.

With a good quality 4 inch lens, this scope has a lot to offer the beginner with a little more money to spend, but also makes a strong upgrade if you’ve been using a smaller and cheaper refractor.

With the Omni XLT 102, you’ll be able to take advantage of its 1000 mm focal length and German Equatorial mount to make the most out of its superb motion controls and easily track whichever heavenly bodies you please. It’s f/9.8 focal ratio makes it a ‘slow’ scope and so less prone to chromatic aberrations (which is a good thing) although, as you’ll see below, it does still have challenges in that department.

As our guide to telescope prices shows, the Omni XLT 102 (which is a 4-inch refractor) retails as expected for around $550. You can check today’s price on Highpoint Scientific (link opens a new tab).

The telescope body comes with a high quality CG-4 German equatorial mount. Its 1.75″ aluminium legs provide an incredibly sturdy and vibration-limiting mount that is a huge improvement on the mounts Celestron provides with their AstroMaster scopes, for example.

In this article, we’ll talk about the features of the Omni XLT 102 and examine the pros and cons of this telescope, including through the eyes of actual users.

Celestron has been making telescopes since 1964.

The Omni XLT 102 is a refractor telescope mounted on a CG4 equatorial mount.

It has an aperture of 102mm, which is 4 inches, making it a decent-sized intermediate level telescope.

Overview of the Celestron Omni XLT 102

The Celestron 21088 Omni XLT 102 refractor telescope is the right tool for a more serious amateur astronomer.

The XLT is a seriously built telescope that could well last you for many years of backyard observing without complaint.

The high build quality of the Omni XLT 102’s scope, mount, and tripod put many other telescopes in the same price bracket to shame, as does its easy assembly and portability.

The telescope breaks down into tripod and scope with a minimum amount of effort, which makes transporting it a lot easier. Keep in mind that the combined weight on mount and scope is over forty pounds – if you use all the counterweights on the mount – so you won’t want to have to move it far by hand every time you use it.

Part of the reason for the weight is the high quality equatorial mount. It is the very stable CG-4 model, which retails on its own at around $300 (check today’s price), which shows what a great price this combined mount/telescope package presents.

Best for Planets and Stars

Like most refractor telescopes, the Omni XLT is best used for solar system and stellar observations. The money you are spending on this four inch telescope could get you as much as 8 inches of aperture, if you were to spend it on a Dobsonian style instead.

You will see superb views of the moon, planets and even the brighter deep space objects. It will show off double stars particularly well, if that’s your game. However, if you are hoping to see fainter galaxies and nebulae, then you’re better advised to invest in a scope with a larger aperture which will gather in more light.

The Omni XLT 102 probably isn’t the right telescope for users who are interested in doing deep-field stellar photography with long exposure shots, either. The telescope itself is perfectly able to carry a camera or CCD, but the mount is a manual one and so not capable of tracking sensitively enough for the requirements of astrophotography.

That said, a tracking motor for the CG4 telescope mount can be fitted, financially it makes more sense to buy one already equipped for the job.

On the note of light gathering, the Omni XLT 102 has an interesting feature which users doubtlessly enjoy, perhaps without noticing. The StarBright XLT optical coating is on every optical element within the Omni XLT 102, and boasts as little as 3% light loss per lens, meaning that the user gets a brighter image at higher magnifications than they would with other telescopes without the coating.

The chromatic aberrations on the Omni XLT 102 tend to be faint blue haloes around grayscale objects that reflect light but don’t produce any of their own, such as planets, moons, and meteorites—exactly where the scope is at its best use case. These can be reduced with good filters, if you feel the need.

These aberrations aren’t deal breakers by any means, though novice astronomers may become confused if they don’t have a good understanding of the phenomenon. When looking at stars or galaxies, there are no noticeable aberrations.

Pretty much without exception users love the Omni XLT 102. Many are impressed by its portability and ease of use. If you’re interested in what the Omni XLT 102 can do in the hands of an amateur, check out the YouTube video below taken by a user.

One owner praises the scope for its high detail and ease of use, claiming that it’s easy enough for his children to use. Though the user gave the Omni XLT 102 four out of five stars, they did fault the scope for its inability to connect to a computer as well as its finder scope.

Another glowing reviewer praises the scope for its high optical quality and superb mount. Like others, the reviewer also faulted the finder scope, claiming that it was hard to use—but this didn’t stop them from giving the Omni XLT 102 a five-star review.

The reviewer also mentions that the Omni XLT 102 shines for planetary viewing, but probably isn’t the best choice for deep field stellar viewing, which is exactly what one would expect given its aperture width.

The problem with the finderscope is adjusting it with the three thumbscrews so that it aligns perfectly with the main optical tube. This is a common issue with Celestron scopes and is a frustration to many owners. However, if you carefully follow the steps in our ‘how to align a finderscope‘ article, it shouldn’t be a big issue for you.

On the Cloudy Nights forum, a few users discussed whether the Omni XLT 102 makes a good first telescope or not. As is so often the case when new users look for advice on telescopes, the comments fall into two broad categories.

On one side are the Dobsonian lovers. These are the ones who want aperture at any cost, including a simple ‘point and shoot’ mount. This is sound advice if your passion is hunting down faint deep space objects. On the other side are the pro-refractor guys and gals. These users advocate high-quality optics for great, high-contrast views of brighter night sky objects. They also often have an eye to astrophotography, which is not possible with a Dobsonian. Think of it as – arguably – a debate over quantity versus quality. If you fall down on the quality side, then you are unlikely to regret buying the Omni XLT 102. 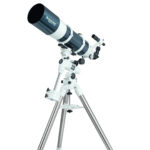 The Omni XLT 102 is a telescope that stands out for planetary viewing. It will give you clear images with sharp contrast, which is the stand out benefit of a decent refractor.

It’s price point makes it ideally placed as an upgrade to a cheap first telescope, or a serious first scope. The Omni XLT 102 offers a lot of power and is constructed with high quality, including the aluminium CG4 equatorial mount.

We’ve seen views from a number of happy Omni XLT 102 owners who bought it as their first scope and say that it’s easy to use and assemble.

Whilst Celestron’s Omni will show you a host of deep space objects, it’s not the best choice for you if you are intent on passing your nights looking for faint galaxies and nebulae. Instead, you should be investing your money in one of the Dobsonians we’ve reviewed on this page, as they give you much more light-gathering ability for your money.

If, however, you are a massive fan of the solar system and your thing is studying the cloud bands on Jupiter, the rings of Saturn or small lunar craters, then this Celestron is a great choice. The contrast it produces in its views also make it an ideal choice is you enjoy splitting double stars.

Go ahead and buy this telescope for the things it is good at, and you will not be disappointed. 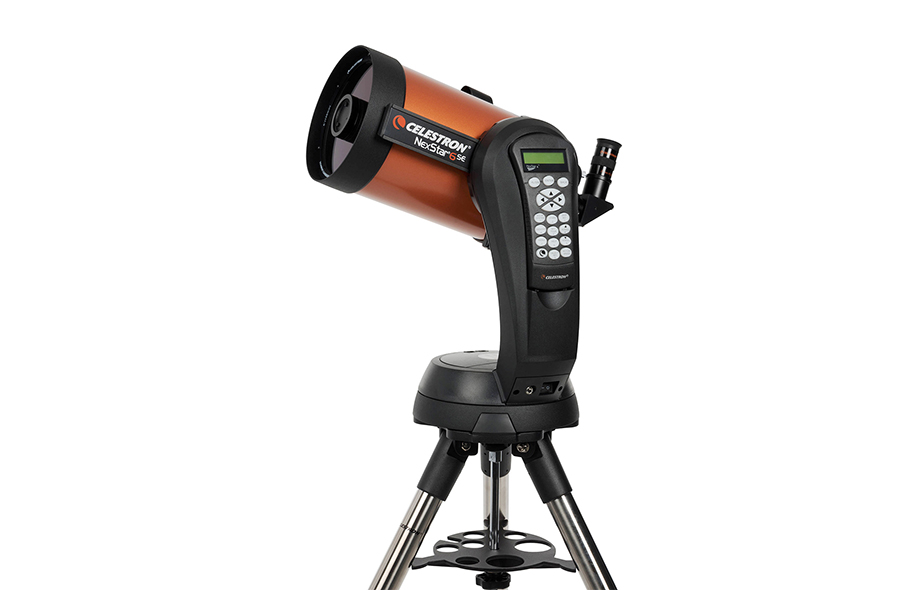 The Celestron 6SE telescope is ideal for novice astronomers, but it’s not all…