In this article, we’ll be sharing with you everything you need to know about the constellation of Cepheus, including how to find it, deep space objects contained within it, and how to use it to find other night sky objects more easily.

The Constellation of Cepheus

The most common myths about Cepheus relate to the King of Egypt, also known as King of ancient Ethiopia (a stretch of land containing parts of modern Egypt, Israel, and Jordan).

The two most common myths about Cepheus, King of Egypt are similar. In both versions, a beautiful and vain Cassiopeia boasted of her beauty and started a chain of events that led to Poseidon sending the sea monster Cetus to devastate Cepheus’s kingdom.

Cepheus is told that he can save his people by sacrificing his daughter, Andromeda. However, before he does, Perseus arrives and says he can rescue the kingdom and Andromeda in exchange for her hand in marriage.

Perseus used Medusa’s head to defeat his enemies but Cepheus and Cassiopeia are among those turned to stone. Cepheus was then placed in the heavens by either Poseidon or Zeus, depending on your preferred myth.

To help you spot Cepheus in the heavens, here’s what SkySafari 6 shows.

Cepheus has an area of 588 square degrees making it the 27th largest of the 88 recognized constellations.

Cepheus is usually depicted as a robed king with a crown of stars. Cepheus’s asterism is shaped like a stick house, best seen in the image below.

Like most constellations, Cepheus covers a larger area of sky than just its asterism, as shown below. Note how the most northerly section partly encircles Polaris, the pole star.

In the next section discover how to find Cepheus.

How To Find Cepheus In The Night Sky

Cepheus is part of the Perseus family of constellations. Being so close to the north celestial pole, it should be no surprise that this almost exclusively a northern hemisphere constellation.

For evening astronomers in mid-northern latitudes, August to November are the best months to observe it, when it is high above the northern horizon at 10 pm.

To find Cepheus, carry out a naked-eye search for its asterism. The five stars in the ‘house’ are Errai, Alfirk, Alderamin, Delta Cephei, and Iota Cephei.

Alternatively, carry out a naked-eye search for Cassiopeia. The ‘V’ on one side of Cassiopeia is deeper than the other. An imaginary line drawn from Shedar to Caph (on the same limb of the deeper ‘V’) points toward Alderamin at the bottom of Cepheus’s asterism.

To find Cepheus’s exact position for your location on any night, use software such as Stellarium (free) or SkySafari 6.

While Cepheus is a dim constellation, it contains several notable stars. Thi image below shows all of those to magnitude 5, with details about them beneath that.

Alpha Cephei (Alderamin) – This yellow-white, variable, double star has a magnitude of 2.47 and is the brightest star in Cepheus. It’s one of the stars in the ‘house’ asterism. The primary and 11.46 magnitude secondary component are 197 arcseconds apart.

Alderamin is located near the precessional path of the Earth’s north pole and comes within 3° of being the pole star every 25,800 years. It’s 49 light-years away.

Alderamin is derived from the Arabic word meaning ‘the right forearm’.

Beta Cephei (Alfirk) – This variable triple star system is the second brightest star in Cepheus and also one of the stars in the ‘house’ asterism.

The secondary component is a pair of small, dim stars. Beta Cephei is 595 light-years away and is the prototype star for the Beta Cepheid variable stars, a group of pulsating variables.

Alfirk is derived from the Arabic phrase for ‘the flock’, as in a flock of sheep.

Gamma Cephei (Errai, Alrai) – This orange giant, variable double star has a magnitude of 3.22 and is the third brightest star in Cepheus. It is the peak of the roof in the ‘house’ asterism.

The magnitude 10.9 secondary component is a red dwarf that’s too dim to be resolved.

Gamma Cephei is 45 light-years away. Both its traditional names are derived from the Arabic for ‘the shepherd’.

Errai will replace Polaris as the Northern Pole star in ~3000 AD and will be at its closest approach to the pole in ~4000 AD.

Delta Cephei – This yellow, variable, double star has a magnitude of 4.07 and is the seventh brightest in Cepheus and forms part of the asterism.

Delta Cephei’s magnitude varies from 3.6 to 4.3 with a period of 5.4 days. It’s the prototype of the Cepheid variable stars which all vary in magnitude due to physical pulsations of the star’s size.

Its magnitude 13 blue companion star is 21.5 arcseconds away. Delta Cephei is 891 light-years away.

Epsilon Cephei – This is a yellow-white, variable, double star. The 4.17 magnitude sub-giant and 9.17 magnitude secondary component are 118 arcseconds apart.

Epsilon Cephei is 85 light-years away.

Zeta Cephei – This orange-red supergiant, 3.33 magnitude, variable star fades in magnitude to 3.5 with an irregular period.

Zeta Cephei is 836 light-years away and is the fourth brightest star in Cepheus, marking Cepheus’s left shoulder.

Eta Cephei – This is a double star. The 3.42 magnitude, yellow-orange, subgiant primary, and 11.30 magnitude, secondary star are 45.9 arcseconds apart.

Eta Cephei is the fifth brightest star in Cepheus and is 47 light-years away.

Iota Cephei – This 3.50 magnitude, orange giant is the sixth brightest stars in Cepheus. It’s one of the stars in the ‘house’ asterism.

Kappa Cephei – This magnitude 4.40, blue-white giant is a double star. The magnitude 8.34 secondary component is 7.2 arcseconds away and has an unknown orbit. Kappa Cephei is 315 light-years away.

Mu Cephei (Erakis, Herschel’s Garnet Star) – This red supergiant, magnitude 4.01, variable double star is one of the most deeply-colored stars in the sky. It’s also one of the largest in our galaxy at 1,420 times the size of our Sun.

Its luminosity from all sources is about 350,000 the Sun’s making it one of the most luminous stars known. Mu Cephei is between 390 and 1,600 parsecs away.

Nu Cephei – This magnitude 4.30, yellow-white supergiant varies in magnitude from 4.2 to 4.3 with an unknown period. The magnitude 8.34 secondary component is 7.2 arcseconds away and has an unknown orbit.

Xi Cephei is 120 light-years away.

Pi Cephei – This magnitude 4.42, white, main-sequence star is a double star. The magnitude 6.80 secondary component is 71.1 arcseconds away and has an unknown orbit.

Pi Cephei is 247 light-years away.

Cepheus’s dim stars – the brightest is magnitude 2.5 – make it a poor starting place for star hopping.

Objects To See Within Cepheus

Cepheus doesn’t contain any Messier objects but does contain a small number of other deep sky objects for small telescopes.

IC 1396 (Elephant Trunk Nebula) – This huge bright nebula has a magnitude of 5.59 and an apparent size of 170.0 x 140.0 arcminutes. Being spread over so much sky, it is a difficult catch, even with a deep space telescope.

Cepheus is a faint, easy to find constellation with several notable stars and deep sky objects. Look for its ‘house’ asterism and enjoy the wonders of this constellation. 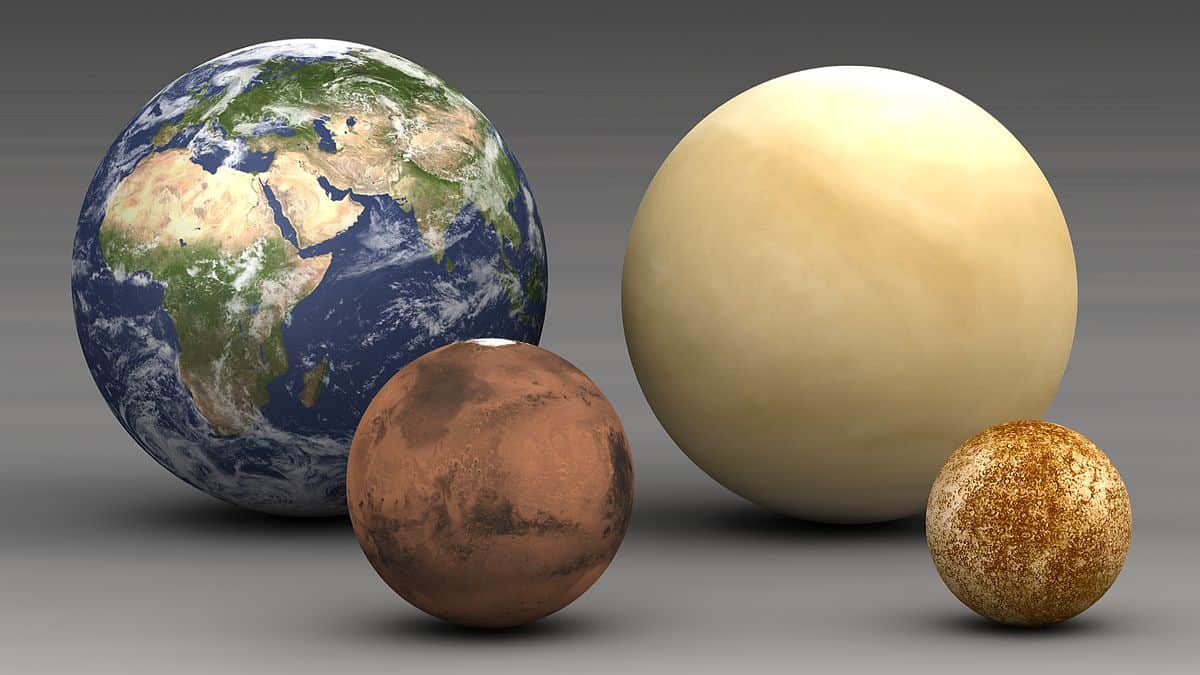 How Big is Mars Compared to Earth and Venus?