In this article, we’ll be sharing with you everything you need to know about the constellation of Cygnus, including how to find it, deep space objects contained within it, and how to use it to find other night sky objects more easily.

The Constellation of Cygnus

Cygnus means ‘the swan’ in Latin and there are several myths associated with this constellation.

In one of these myths, Cygnus is identified as the Greek tragic hero Orpheus who was murdered and subsequently turned into a swan.

In another, Phaeton and Cycnus were racing across the sky in their chariots and fell to earth. Cycnus survived the fall and found Phaeton’s dead body trapped at the bottom of the Eridanus River.

Cycnus made a pact with Zeus to be transformed into a swan to recover Phaeton’s body.

Originally the Ancient Greeks knew this constellation as ‘Ornis’ or ‘bird’. The Romans renamed it Cygnus and adopted the Greek myths to explain its name.

To Arabs and many other cultures, this constellation represents a hen.

To help you spot Cygnus, here’s what SkySafari 6 shows.

Cygnus has an area of 804 square degrees and is the 16th largest of the 88 recognized constellations. You may recognize the asterism at its heart, known as the Northern Cross.

The Northern Cross is the cross formed by the stars Deneb, Al Fawaris, Albireo, Gienach, and Sadr.

Deneb, Altair (in Aquila), and Vega (in the constellation of Lyra) also form the summer’s most prominent asterism; the Summer Triangle, as shown below.

Cygnus covers a larger area of sky than just the Northern Cross, as shown in the image below.

In the next section discover how to find Cygnus for yourself.

How To Find Cygnus In The Night Sky

Cygnus is part of the Hercules family of constellations, which also includes Lyra and Ophiuchus, amongst others.

It is visible to observers at latitudes between +90° and -40°. Observers in the Northern Hemisphere can see it from June to December while those in the Southern Hemisphere enjoy its views during their winter months.

We see the swan flying directly overhead in September evenings.

To find Cygnus, carry out a naked-eye hunt for The Northern Cross.

If you have trouble picking out the Northern Cross, draw an imaginary line from Phecda to Megrez (two of the Big Dipper’s bowl stars), then extend this line 60° to the Summer Triangle and Deneb. Shown in the image below.

You can use your hand at arm’s length to estimate this distance.

To find Cygnus’ exact position for your location on any night, use software such as Stellarium (free) or SkySafari.

Cygnus is both one of the most recognizable constellations and one of the brightest. There are plenty of bright stars for us to enjoy in Cygnus, these are all of them of magnitude 5.0 and brighter.

Use the SkySafari 6 guide below as a reference (click for fullscreen).

An 11.70 magnitude secondary component is 75.6 arcseconds away.

Deneb means ‘tail of the swan’ in Arabic.

Beta Cygni (Albireo) – This variable double star is the southernmost star of the Northern Cross, with a magnitude of 3.07. It is the fifth brightest star in Cygnus and is one of the most observed double stars in the sky.

Sapphire colored Albireo A shines at magnitude 3.1. Albireo B is a golden-colored star shining at magnitude 4.7, 35 arcseconds away from the A star.

Albireo marks the head of the swan and is known as the ‘hen’s beak’, or ‘Minqar al-Dejajah’ in Arabic. The name ‘Albireo’ results from a Latin mistranslation of that phrase.

Gamma Cygni (Sadr) – This variable double star has a magnitude of 2.23 and is the second brightest star in Cygnus. The yellow-white supergiant primary star and magnitude 11.04 secondary star are 147 arcseconds apart.

Sadr marks the intersection of the Northern Cross.

Gamma Cygni is 1500 light-years away and ‘Sadr’ is derived from the Arabic for ‘the hen’s breast’.

Delta Cygni (Rukh, Al Fawaris) – Rukh marks the eastern tip of the Northern Cross, and this triple star system has a combined magnitude of 2.86. Combined, this is the fourth brightest star in Cygnus.

The primary star is a blue-green supergiant shining at magnitude 2.91. The secondary is a yellow-white main-sequence star of magnitude 6.33. Primary and secondary are 2.4 arcseconds apart.

The third component is a main-sequence star with an orange color. It’s a 12th magnitude star and so out of reach of smaller backyard telescopes.

Al Fawaris means ‘The Riders’ in Arabic, while Rukh is the Persian name for a Roc (a mythical bird of enormous size and strength).

Epsilon Cygni (Gienah, Gienah Cygni) –This double star is the third brightest in Cygnus and marks the western point of the Northern Cross.

Gienah is derived from the Arabic word for ‘wing’.

Gienah Cygni is 72 light-years away.

Zeta Cygni – This double star is 143 light-years away.

Eta Cygni – This orange-giant, variable double star has a magnitude of 3.90. Its period is unknown. The magnitude 12.0, secondary star is 7.2 arcseconds away.

Eta Cygni is 135 light-years away from us.

Theta Cygni – This yellow-white main-sequence double star has a magnitude of 4.5. The 12.9 magnitude secondary star is a red dwarf located 2.3 arcseconds away.

Theta Cygni is 60 light-years away.

Iota2 Cygni is a 3.76 magnitude, white main-sequence star, 121 light-years away. They are 41 arcminutes apart.

Kappa Cygni – This yellow-orange giant, magnitude 3.8 variable star has an unknown period. It marks the tip of the swan’s left wing. Kappa Cygni is 124 light-years away.

Nu Cygni – This magnitude 3.79 double star has a white main-sequence primary. The secondary shines at magnitude 6.4 a mere 0.1 arcseconds away from the primary, so it can’t be resolved with a backyard scope.

Xi Cygni – This magnitude 3.71, orange-red, variable star ranges in magnitude from 3.6 to 3.8 with an unknown period.

Pi1 Cygni (Aselfafage) is a magnitude 4.67, blue-white subgiant with an unresolvable secondary 0.1 arcseconds away. Pi1 Cygni is 1,726 light-years away from Earth.

Sigma Cygni – This magnitude 4.26, white variable star ranges in magnitude from 4.2 to 4.3 with an unknown period.

Tau Cygni – This variable double star has a magnitude range from 3.7 to 3.8. The yellow-white subgiant and magnitude 6.57 secondary are 1.0 arcseconds apart.

Tau Cygni is 66 light-years away.

Ruchba comes from the Arabic phrase ‘the hen’s knee’.

Milky Way – Locate the Northern Cross and extend the Albireo to Deneb line in either direction to see the Milky Way.

Click the SkySafari 6 image below for a fullscreen version.

M39 – Locate the Northern Cross and then Deneb.

Hop ~5° northeast of Deneb to a pair of magnitude 4-5 stars then hop another 5° northeast to M39, which is an open cluster.

Objects To See Within Cygnus

Cygnus contains two Messier objects and a handful of other deep sky targets for small telescopes.

M29 is suitable for binoculars so use a low power eyepiece with your telescope.

M39 (NGC 7092) – This second open cluster can also be resolved with binoculars so use a low power eyepiece with your telescope.

It has a magnitude of 4.59 and an apparent size of 29 arcminutes (approximately the size of the full Moon).

NGC 6946 (Fireworks Galaxy) – This spiral galaxy sits on the boundary of Cygnus and Ophiuchus. It shines at magnitude 8.88 with an apparent size of 11.4 x 10.8 arcminutes.

Cygnus is a wonderful constellation for astronomers. It is bright and the Northern Cross sitting at its center is very easy to identify.

Flying high overhead on a summer’s evening, it is the perfect stalking ground for bright double stars, the Milky Way, and some lovely deep sky objects. 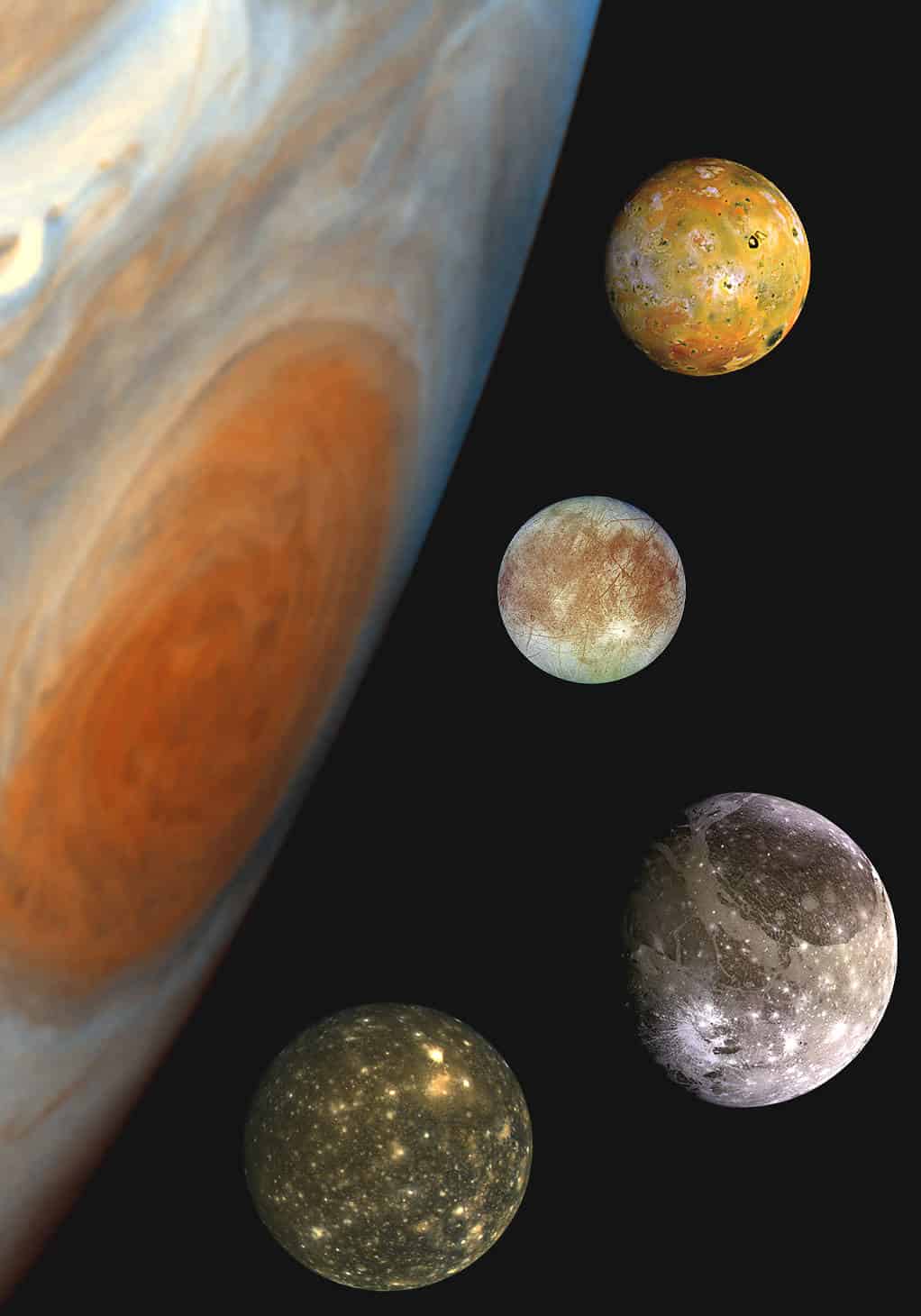