What are the Dimmest Stars?

By Sharmila Kuthunur
|
6 minutes
Home »Astronomy »What are the Dimmest Stars?

Our Sun, the brightest object in our sky, is brighter than 85% of the stars in the Milky Way alone. In fact, because the Sun is in its main-sequence phase, its brightness is increasing by 1% every 100 million years.

It’s not surprising to learn that there are stars both brighter and dimmer than the Sun. For example, Betelgeuse (in the constellation of Orion) is 14,000 brighter than our star, while 61 Cygni AB (in Cygnus) is the dimmest star visible to the naked eye in the night sky.

However, that doesn’t tell the whole story! Can you guess how many stars visible to the naked eye are dimmer than the Sun in absolute terms?

Whatever you answered, we’re willing to bet you went too high! Keep reading to find out why.

How Do We Measure the Brightness of Stars?

Quick Answer: We measure the brightness of stars using the scale of magnitude. There are two types of magnitude, apparent and absolute.

Apparent magnitude: This is a measure of how bright an object appears when seen from Earth. This is not the object’s actual brightness because how bright it appears to be is affected by distance, interstellar dust, etc.

Absolute magnitude: This measures how bright an object is when seen from the standard distance of 10 parsecs, which is 32.6 light-years.

When you think about it, it’s clear that we need two different measures. Astronomers stargazing from their backyards want to know how bright an object is compared to the other objects they can see, i.e. its apparent brightness.

Professional astronomers are more interested in the intrinsic brightness of a star, i.e. how bright it would be compared to another if viewed from the same distance. This is why we have an absolute magnitude measure too.

In this article, we’re considering stars that are visible to the naked eye but have an absolute magnitude that is dimmer than the Sun’s.

What Color are the Dimmest Stars?

Quick Answer: The dimmest stars are called brown dwarfs, and they are orange or red when they are the hottest, and acquire a magenta color as they cool.

Brown dwarfs are proof that star formation does not always result in a traditional star. But this is not to be confused with planets being too small to become stars.

Brown dwarfs are not massive enough, which is why their cores are not hot enough to trigger nuclear fusion. As a result, they are were faint to be seen even with the most sensitive telescopes.

They are most visible in infrared wavelength, but even then it is difficult to distinguish them from other low-mass stars.

The crown for the first brown dwarf goes to Gliese 229 B, which was discovered in 1994 and confirmed in 1995 in the constellation Lepus.

Luhman 16A, a brown dwarf in the Luhman 16 system in the constellation Vela 6.5 light-years away, is the nearest brown dwarf to Earth.

Find out how many stars are within 10,000 light-years.

What are the Dimmest Stars We Know About?

The dimmest known brown dwarf, 2MASS J09393548, is residing 17 light-years away near the constellation Antlia. 2MASS J09393548 is the 5th closest brown dwarf to Earth, and is one million times fainter than the Sun!

It is part of a binary system with a companion, also a brown dwarf, two of which together are one billion times dimmer than our Sun in the visible spectrum.

Astronomers are struggling to image the white dwarf because it is so cold that it’s practically invisible to even large, sophisticated telescopes.

What are the Dimmest Stars We Can With the Naked Eye?

While these are the dimmest stars we’re aware of, it doesn’t answer the question we posed at the top of this page: How many stars dimmer than the Sun can we see at night?

Before we give you the answer, let’s consider two important numbers: how many stars we can see at night and how bright our Sun is in terms of absolute magnitude, i.e. if we measured it from ten parsecs away.

If we assume we can see stars to an apparent magnitude of 6.0 with the naked eye, there are around 9,000 stars visible to us.

The absolute magnitude of the Sun is 4.83. This means that if we were 10 parsecs (32.6 light-years) away from it, we would see it shining at an apparent magnitude of 4.83.

Shockingly, from the 9,000 stars visible to the naked eye at night, only 42 have an absolute magnitude which is dimmer than the Sun.

Is it that shocking though?

Well, no, not really.

For a star that’s dimmer than the Sun to be visible at night without a telescope or binoculars, it needs to either be very bright or very close.

That leaves the ‘very close’ category.

Surprisingly, there aren’t many stars within ten parsecs of Earth. Solstation puts the number at
>413. That means, out of the 9,000 stars visible to the naked eye, less than five percent of them are closer than 33 light-years (10 parsecs).

The 95% that are further away need to be brighter so that we can see them with the naked eye, which, again, means they’re almost all brighter than our Sun.

When we think about it that way, it’s not at all surprising that there are so few dim stars we can see with the naked eye.

Table of Ten of the Dimmest Stars We Can See

Here are ten stars that are dimmer than the Sun in absolute terms but visible to the naked eye, i.e. with an apparent magnitude brighter than 6.5.

When we look up at the night sky, we see as many as 9,000 stars without a telescope. Out of those, only 42 have a lower absolute magnitude than the Sun’s 4.83.

This is because dimmer stars need to be ‘nearby’ for us to see them and very few of the stars above us are closer than 33 light-years.

However, many more stars dimmer than our Sun are observable when we bring a telescope into play. 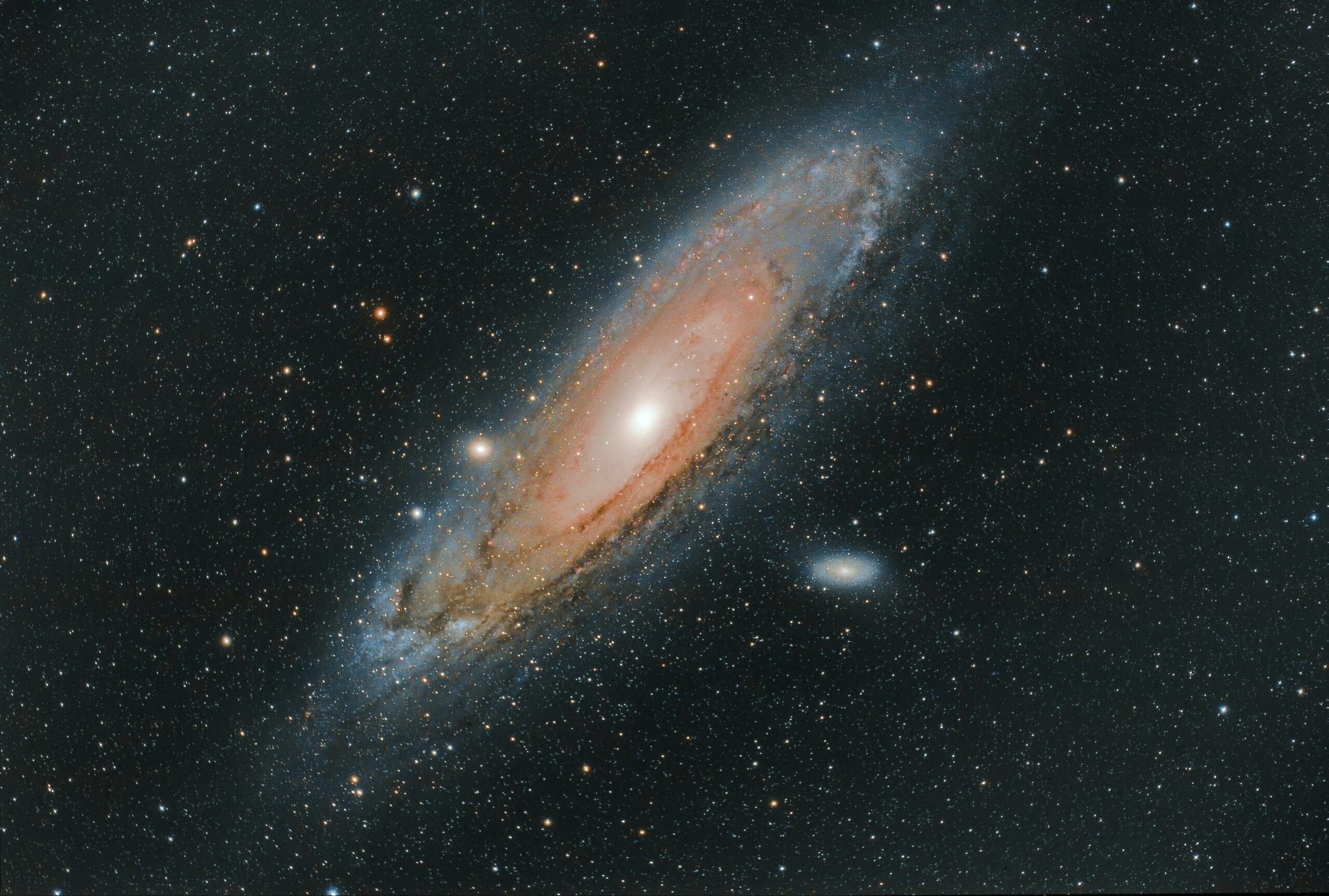