How Big is Jupiter? And How Much Bigger than Earth is it?

By Sharmila Kuthunur
|
3 minutes
Home »Astronomy »How Big is Jupiter? And How Much Bigger than Earth is it?

Jupiter, the fifth planet from the Sun is the biggest planet in our solar system, the fourth brightest, and has a mass that is equivalent to 317 Earths.

In this article, we will explore in detail exactly how big Jupiter is and how it compares to planet Earth.

How Big is Jupiter?

Jupiter’s radius itself is 43,441 miles in diameter (69,911 km). The planet’s fast rotation causes it to be an oblate spheroid, thereby increasing its diameter across its middle.

Although Jupiter is humongous, it rotates in just 10 hours!

In fact, Jupiter has the shortest day of any planet in our solar system.

This speedy movement causes its equators to bulge, which is why if you happen to see its pictures, it will look less like a perfect sphere and more like a squashed ball.

How Much Bigger is Jupiter Compared to Earth?

A popular way is to think of Earth as being the size of a nickel. Then, Jupiter will be a football by comparison.

As a result of its size, Jupiter’s surface area is over 23 billion square miles, which is 122 times more surface area than Earth. Moreover, although the gas giant is supremely massive, its gaseous nature causes its gravity to be only 2.4 times that of Earth.

What’s especially interesting is the comparison of mass. Jupiter is a gas giant, which makes it much less dense than Earth so, even though it has 1,300 times the volume, it is only as heavy as 317 Earths!

The gas giant is primarily made up of hydrogen and helium (which makes people wonder if Jupiter’s a failed star) among other gases whereas Earth consists of hard, rocky material. Below is a table showcasing various comparison factors:

How Long Would It Take to Travel Around Jupiter?

It’s one thing knowing the size of Jupiter, but another to understand it. Translating its vastness into terms we understand on our small planet helps.

The following times are all based on non-stop measurements.

Jupiter is so vast that a Boeing 747 at full speed, non-stop, would take 19 days to fly all the way around it!

What Does Jupiter Weigh?

Similar to other planets, Jupiter orbits the Sun, which means it experiences zero gravity. Its free-fall state indicates that Jupiter does not weigh much. Its mass, however, is over 1,900 trillion kgs.

Jupiter’s mass is 2.5 times greater than all of the other planets’ mass combined, which makes the gas giant the most massive planet in our solar system. 87% of this mass is taken up by Jupiter’s atmospheric gases hydrogen and helium, with other gases contributing much smaller proportions.

How Much Heavier is Jupiter than Earth?

Jupiter’s mass is 317 times greater than that of Earth, and that’s without factoring in Jupiter’s moons.

Jupiter is the biggest planet in our solar system, so much so that we need 317 Earths to deliver the same mass.

Yet, despite its behemoth size, it rotates speedily and has the shortest day of any planet. What a fascinating place! 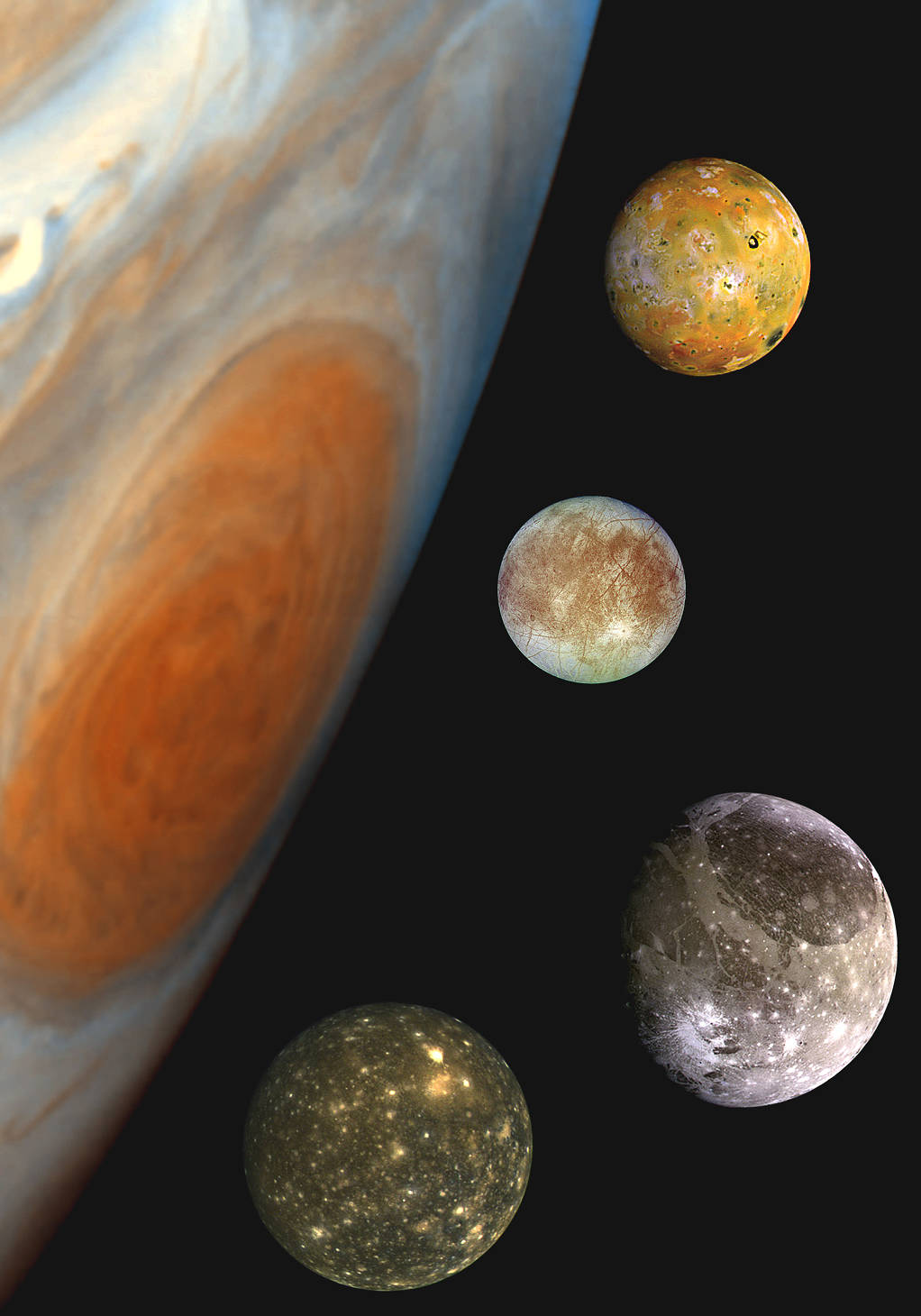