How Big Is The Sun?

By Sharmila Kuthunur
|
6 minutes
Home »Astronomy »How Big Is The Sun?

Not only is the Sun the largest object at the center of our solar system, but it also accounts for 99.86% of the solar system’s mass. Of the remaining mass, the majority of it is distributed between the gas and ice giants: Jupiter, Saturn, Uranus, and Neptune.

The Sun ended up with such a huge mass early during its formation when gravity accumulated most of the available material towards the center of what is now the solar system.

The huge mass of the Sun generates a colossal gravitational pull at its center which is the ultimate cause of nuclear fusion — a complex process which at results in the light and warmth we need to survive on Earth.

How Big is the Sun?

Although these numbers seem huge, the Sun is actually a medium-sized star when compared to other stars in the universe.

Our Sun is currently in a very stable phase and will stay that way for a few billion years yet. After that, nuclear fusion with hydrogen will come to an end. Helium is next up for consumption but only when the core collapses under gravity.

The heat need to for helium fusion is so energetic (hot) that it also causes hydrogen that was outside the core and had not previously undergone fusion, to begin doing so. This increases the energy in the outer layers of the Sun and causes them to expand, turning the Sun into a red giant star. At this stage, it could be large enough to engulf Earth!

Turning back to today, let’s consider how large the Sun is compared to Earth.

How Many Earths Could Fit Inside the Sun?

Let’s calculate the number of Earths that can fit into the Sun as measured by volume:

Therefore, approximately 1.3 million Earths can fit into the Sun when measured by volume.

How Does its Size Compare to Earth and the Moon?

To put those numbers into perspective, the Sun’s radius is double the distance between Earth and the Moon.

This brings to life the huge size of our star. If we were to replace Earth with the Sun, the Moon would only be halfway across the Sun’s diameter.

How Much Bigger is the Sun than Jupiter and Mercury?

Jupiter may be the biggest planet in our solar system, but it falls short when compared to the Sun. Jupiter’s radius is 43,411 miles (69,863 km), which is why Jupiter will never become a star.

At this size, 1,000 Jupiters or Jupiter-sized planets can fit inside the Sun.

Why Do the Sun and the Moon Appear the Same Size in Our Sky?

Solar eclipses happen because the Moon and the Sun appear to be exactly the same size in our sky.

This results from the mathematical coincidence that the Sun is 400 times farther from Earth than the Moon is, but is also 400 times bigger.

This hasn’t always been the case, nor will it remain so in the future. The reason behind this requires a quick dive into the history of the solar system.

You might have heard about how the Moon is moving away from Earth by four centimeters every year. This is because as Earth continues to cool down, it is transferring its energy to the Moon and pushing it further away in the process. 100 million years ago, the Moon would have appeared much bigger than the Sun because it was closer to us.

In roughly 50 million years from now, the Moon will have moved far enough away from Earth that it will always appear smaller than the Sun. This will result in more annular eclipses – where the Moon seems to punch a hole in the middle of the Sun.

How Long Does it Take to Travel Around the Sun?

Even with all of these numbers swirling around, it’s hard to get a grasp of just how gigantic the star at the heart of our solar system is. To bring more perspective to it, we’ve had a look at how long it would take various vehicles to do a single lap of the Sun’s equator.

At the top of our table, we’ve put a time in for light, which is the fastest anything in the universe can travel – 186,282 miles per second. It would take around 14 seconds to complete a lap of the Sun, compared to just over one-tenth of a second to lap Earth.

Take a look at how long we’d take to go around the Sun at speeds we’re more used to.

As you can see, the numbers are staggering. We’d need over three years in an F1 car to go around the Sun, 28 years to cycle, and most of us wouldn’t live long enough to walk it in a lifetime!

Is Our Sun Big Compared to Other Stars?

It pains us to say it, but our Sun is an average-sized star.

Although it is the biggest celestial object in our solar system by a huge margin, it is quite average when compared with other stars. Astronomers have discovered many stars that are both bigger (Betelgeuse is 700 times bigger!) and smaller than our Sun.

Our Sun accounts for well over 99% of the mass of the entire solar system.

The Sun is in a very stable phase today but billions of years from now, it will be a red giant large enough to engulf Venus and Earth.

By everyday standards, the Sun is ginormous. Around 1.3 million Earths could fit inside it, and it would take literally a lifetime for us to walk around it.

However, for all its glory, the Sun is far from unique or special in the universe in either its size or shape. It is an average-sized star, there are many stars smaller and bigger than the Sun.

But it is unique to us because it is the right size, shape, and distance from us to make life possible on Earth. 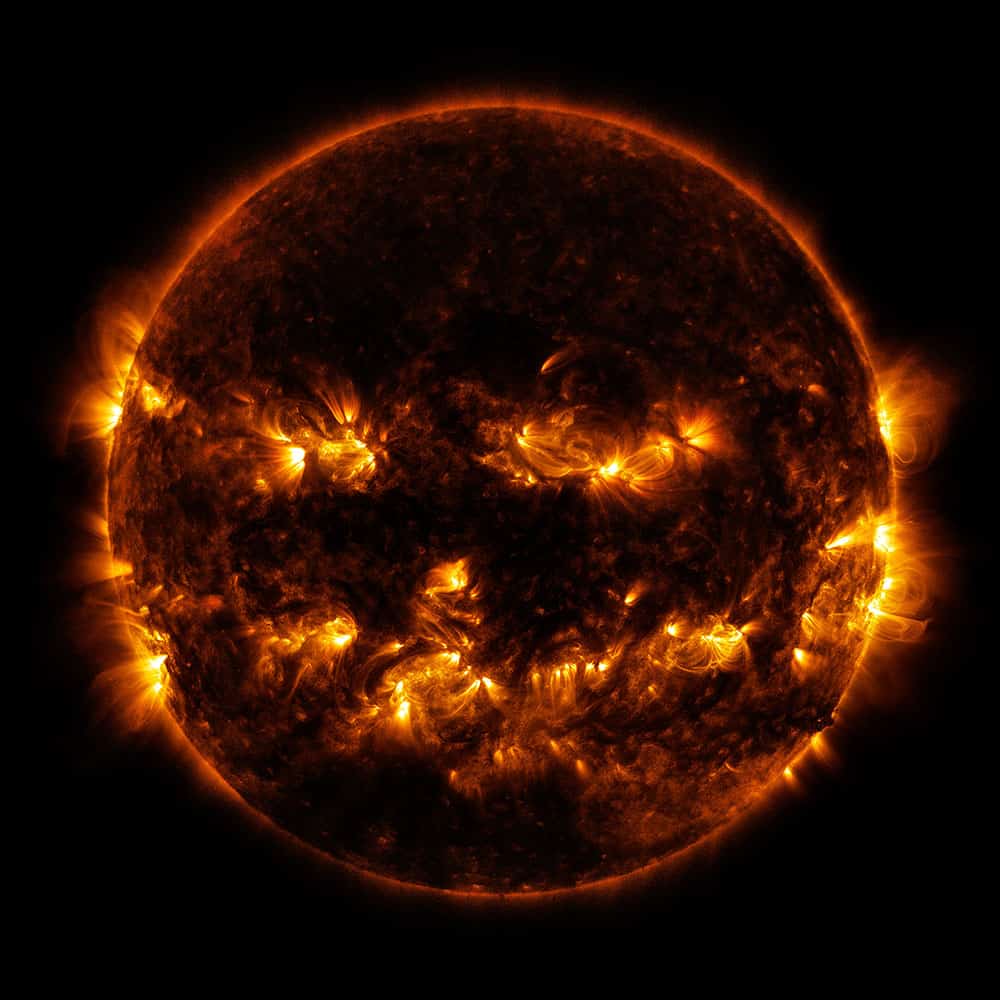 How Old Is The Sun And When Will It Die?