How Did the Lunar Maria Form?

By Sharmila Kuthunur
|
6 minutes
Home »Astronomy »How Did the Lunar Maria Form?

Does the term “man in the moon” sound familiar?

The face in the Moon that many of us learn to recognize as children is formed by features called lunar maria which are the darker regions on the Moon’s surface.

The term lunar maria means ‘sea on the Moon’. Mare (pronounced MAHR-ay) is the Latin word for sea, the plural of which is maria.

Early humans mistook these dark plains to be real seas, which is where the name comes from. However, we know today that these dark gray zones are formed from iron-rich basalts produced in volcanic eruptions.

The Moon‘s maria cover about 16% of its surface, with the majority found on the Moon’s Earth-facing side. The major seas visible to us are shown in the image below.

Around 4.1 billion years ago, the newly-formed Moon was still cooling after its formation. It formed a thin crust on the outermost surface on top of hot bubbling magma.

It was then that the Moon witnessed huge asteroid impacts that cracked the surface, leaving large craters in their wake.

The liquid magma underneath the surface flowed out through the cracks and filled the craters, where it eventually cooled. These are areas that we identify as lunar maria.

They are flatter regions than the surrounding uplands which is a result of the magma flowing and leveling before it cools and hardens to rock.

Why are Lunar Maria Dark?

The magma that flowed out onto the craters contained iron, magnesium and titanium. Mainly due to the high concentration of iron, lunar maria reflect ½ of the light compared to the surrounding lighter regions.

Lower reflectivity means less light reaches our eyes from these areas than from the surrounding uplands, this is why the maria appear darker.

Are There Maria on the Far Side of the Moon?

Following the first Soviet exploration of the Moon’s far side in 1959, scientists noted that it has fewer flat, dark maria than the side locked facing Earth.

Yet, impact craters are uniformly seen on both sides of the Moon, so it took some time and further analysis to discover why there are fewer lunar maria on the dark side of the Moon.

We now believe that the crust is twice as thick on the far side of the Moon, compared to the near side which always faces us. The crust is thicker (scientists think) because it cooled more quickly when the Moon was formed.

The Earth and Moon were both huge lumps of molten rock when the Moon was created. The Moon cooled more quickly than Earth because it is much smaller.

As the Moon cooled, the side facing Earth stayed warmer. This is because the Earth was also still molten and radiated heat towards the side of the Moon facing it. More materials condensed on the far side of the Moon as it cooled more quickly, leaving it with a thicker crust.

The thicker crust reduced the number of Maria because it was harder for meteor impacts to break it open and let lava flow into the craters present on the Moon’s dark side.

How Are Lunar Maria Named?

Like most things in astronomy, there is a naming convention for the Moon’s seas.

Before we look at what the convention is, it’s worth noting the two maria that had their names fixed before the convention was established: Mare Humboldtianum and Mare Smythii. The former is named for the German polymath Alexander von Humboldt, the latter for British astronomer William Henry Smyth.

All of the other lunar maria are named for either sea features, sea attributes, or states of mind.

These lunar maria are named for sea attributes:

These lunar maria are named for sea features:

These lunar maria are named for states of mind:

There are a little more than 20 lunar maria worth knowing about. Let’s take a look at each of these, where they are located, and why they are important.

Although humans first mistook lunar maria to be water-filled seas, these maria are an important part of the moon’s history and tell us a lot about its formation.

After the moon was hit with meteorites, the impact basins that formed as a result were filled with lava that oozed out from the surface (because the moon was still cooling down).

We hope the list of 20 notable maria and their unique features will make it easy for you to find them when you go lunar maria-hunting! 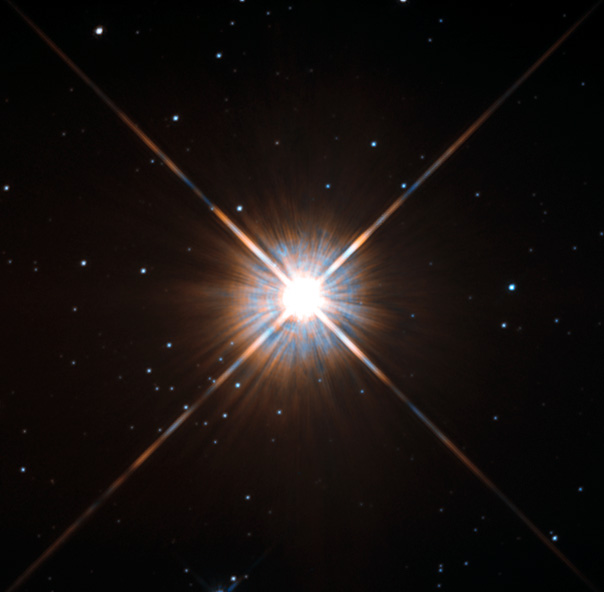 What are the Brightest Stars in the Night Sky?