How Far Away is Mercury from the Sun and Earth?

By Sharmila Kuthunur
|
7 minutes
Home »Astronomy »How Far Away is Mercury from the Sun and Earth?

Mercury, the first planet in our solar system is close to the Sun and thus often difficult to see.

Orbiting at just 35 million miles from the Sun, our solar system’s tiniest planet revolves around the Sun in just 88 Earth days. In this fast orbit, there are several tiny windows of opportunity to view it.

At that short distance from the Sun, what does a day and a year on Mercury look like? And, how long would it take to get there?

How Far Away is Mercury From the Sun?

Mercury’s orbit around the Sun is more eccentric (less circular) than all of the other planets. Due to this eccentricity, Mercury moves very close to and very far from the Sun. You can see from the numbers above that Mercury’s closest distance is only two-thirds of its farthest.

How Far Away is Mercury From Earth?

There are times when Mercury is behind the Sun, leading to the alignment of Mercury, the Sun, and Earth (the Sun will be in between Earth and Mercury). At this point, Mercury is as far away as it can be from Earth, at nearly 138 million miles (222 million km).

As the distance keeps changing, Mercury’s closest approach to Earth occurs when both planets are on the same side of the Sun, known as inferior conjunction. At this time, Mercury is placed in between our Sun and Earth, reducing the distance between the two planets to nearly 28.6 million miles (46.0 million km).

Mercury’s inferior conjunction occurs, on average, every 116 Earth days. This period is not fixed due to the planets’ eccentric orbits and can range between 105 days to 129 days.

When it is closest to Earth, Mercury shines at magnitude -2.5, which is brighter than the brightest star in the sky, Sirius. At other times, its magnitude can be much fainter – above zero – because Mercury exhibits phases, just like Venus and the Moon.

Mercury is usually challenging to observe, even during inferior conjunctions. This is because it never strays more than 28.3 degrees from the Sun, which means the only times it can be seen are at dusk or dawn, within 90 minutes of sunset/rise, and through a thick atmosphere low on the horizon.

How Long Would it Take to Reach Mercury?

The fastest spacecraft that visited Mercury, Mariner 10, took 147 days to reach it. Light, on the other hand, travels to Mercury from Earth in 2.5 minutes when two planets are at their closest.

So far in this article, we have learned the distance from Earth to Mercury at two important points in its orbit — one when the planet is closest and the other when it is the farthest. We can now proceed to understand how long it takes to reach Mercury from Earth.

There are two ways to go about this. First, we will look at the time light takes to reach Mercury from Earth. Next, we’ll board an imaginary spaceship and see how long it takes us to travel to the first planet in our solar system.

How Long Does Light Take to Travel from Mercury to Earth?

Light travels the fastest of all known objects because it has no mass. Its speed is a whopping 186,282 miles per second. At this rate, light takes 499 seconds to reach Earth from the Sun.

This distance is known as an Astronomical Unit (AU). Let’s take a look at the shortest, longest, and the average time for light to travel between the two planets.

At its average distance of 36 million miles, light takes 3.21 minutes to reach Mercury from Earth. As the planets orbit the Sun, this time varies between 2.56 minutes and 3.88 minutes.

This also means that when you look at Mercury through a telescope, you are seeing it as it looked at least 2.56 minutes ago!

These calculations are if we could travel at the speed of light, which, unfortunately, we cannot. So let’s look at how long it would take us humans to get to Mercury.

How Long Does it Take a Spaceship to Travel to Mercury?

Two spacecraft have visited Mercury, with one more, Europe’s BepiColombo, still traveling there as we write. It is expected to arrive in 2021 and stay for four years.

Both spacecraft visited Mercury, so why is there such a big difference in the time taken to reach the planet? Well, route and speed play a huge part in determining the time it takes to reach any destination from Earth.

The big difference between these two journeys is that Mariner 10 just flew by Mercury while MESSENGER slowed down near the planet and inserted itself into the orbit for more detailed observations.

Physics causes a body to speed up as it approaches the Sun, including spacecraft. So, as they approach Mercury, they get faster but, to go into orbit, they need to lose a lot of that excess speed.

This slowing down to be captured by the planet’s gravity is done by adding multiple planetary flybys of Venus and Mercury itself, which adds many more days to the spacecraft’s journey.

How Long is a Day on Mercury?

Mercury is tidally locked to the Sun. It rotates with a speed of 10.892 km/h and finishes three rotations on its axis for every 2 orbits around the Sun. One complete rotation (a Mercurial ‘day’) takes 58 Earth days, 15 hours, and 30 minutes to complete.

When Mercury is nearing perihelion (its closest approach to the Sun), there are regions on Mercury’s surface where you can experience the Sun rising halfway into the sky, pausing, and reversing its course to set.

This happens because the planet’s orbital and rotational velocities are equal, causing the motion of the Sun to have a net zero effect.

How Long is a Year on Mercury?

A year on Mercury is shorter than one Mercurial day. Mercury orbits the Sun in just 88 Earth days, which is why a day on the planet lasts over six-tenths of a Mercurial year.

Are There Seasons on Mercury?

Mercury is the only planet in our solar system without an axial tilt (technically it does have one, but it’s just 1/30th of a degree).

When a planet is tilted, areas of its surface get more heating from the Sun during parts of its orbit than other areas. On Earth, for example, the northern hemisphere receives more sunlight and heating than the southern hemisphere from March to September, causing the seasons we experience.

On Mercury, however, there are no distinguishable seasons because the lack of a tilt means there is no variation across the year in the amount of sunlight any region receives.

Perhaps more odd than the lack of seasons is the fact the Mercury is not the hottest planet in the solar system.

The smallest planet doesn’t have much atmosphere to hold onto the heat it receives from the Sun. So, when it is the closest to the Sun, Mercury’s temperature is 427°C on the daylight side but, on the night side, at its farthest from the sun, the temperature drops to a frigid -173°C.

Mercury, with all its unique features, is a fascinating planet. It is tidally locked to the Sun, making its day two-thirds the length of its year.

Mercury has no axial tilt, making it a season-less planet. Even so, the variation between daytime and nighttime temperatures of 600°C dwarves any seasonal temperature change we experience on Earth. 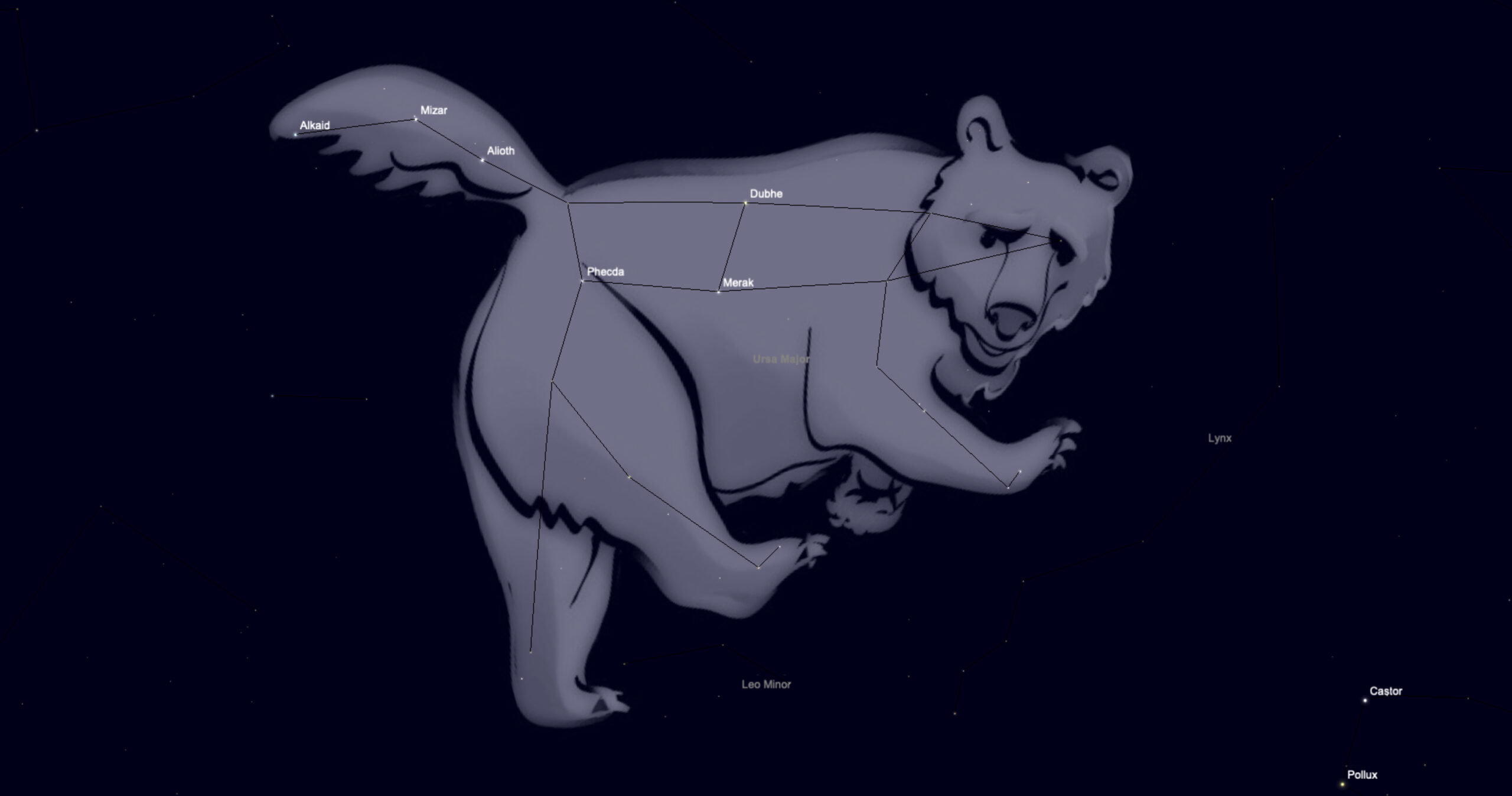 Ursa Major Constellation – The Great Bear of the Night Sky