How Far Away is Venus?

By Adam Kirk
|
6 minutes
Home »Astronomy »How Far Away is Venus?

Venus is the right brightest planet in the night sky. In fact, apart from the sun and moon, it is the brightest object in the sky!

But, exactly how close is Venus to Earth?

The Distance of Venus Changes Over Time

All planets follow an elliptical orbit around the sun. An ellipse is like a squashed circle. The Venusian orbit is the most circular of all the planets, so the times when we are closest or furthest from it are largely dictated by Earth’s orbit.

When Venus reaches ‘superior conjunction’, it is on the opposite side of the sun from us. The greatest distance this can be is when Earth is at the extreme end of its orbital ellipse, which is shown as the longest distance in the picture above.

Likewise, they are closest together at the point of ‘inferior conjunction’, which happens every 584 days. This is the moment when Earth, Venus, and the sun are all in a line with Venus and Earth on the same side of the sun.

Is Venus in the night sky tonight? Click the link to find out.

The closest Venus can be to Earth is when inferior conjunction happens on the least curved part of Earth’s orbit. This is when Earth is near perihelion, its closest approach to the sun and it’s shown as the shortest distance on the diagram.

The two planets’ orbits are mathematically entwined and repeat almost exactly every five conjunctions, which takes eight years. This means that the distance between Earth and Venus at any given conjunction will be approximately the same in five conjunctions’ time.

Armed with this knowledge, we understand there is no single answer to the question ‘how far away is Venus?’.

Instead, let’s look at the closest, average, and furthest distances that we find Venus to our planet.

Venus is closest to Earth at its inferior conjunction. The smallest distance this can be today is just under 24.8 million miles (40 million km). Their orbits rarely make this happen, but there is such a close approach in January 2022.

Distances for the next few inferior conjunctions are given below:

The change in Earth’s orbit over time has meant that the minimum distance between our two planets has increased. Venus has not been closer to Earth than 24.5 million miles (39.5 m km) since 1623.

Venus is furthest from Earth at superior conjunctions. The maximum distance this can be is about 161.6 million miles (260 million km). In June 2024, Venus will be almost as far away from us as it’s possible to be.

These maximum distances happen when Earth is at or near aphelion, which is its furthest distance from the sun.

The Average Distance of Venus

The extreme closest and furthest approaches of Venus only happen every 19 months or so. In between time, the average distance of Venus from Earth is about 42.2 million miles or 68 million km.

This is not the complete story, because the distance to Venus changes every day and varies massively throughout an orbit, but it’s a useful approximation.

Is Venus Closer Than Mars?

We often talk about Venus and Mars being our sister planet, but only one of them can be closest to Earth.

Discover how to see Venus with your telescope.

In July 2018, Mars came within 36 million miles (57.6 million km) of our planet, and won’t get that close again until September 2035. So, even at its closest, Mars is still 10 million miles further away than Venus is at its nearest approach.

Venus is the closest planet to Earth (it’s also the most similar in size).

How Long Does it Take to Get to Venus?

Now we know the distance to this rocky world Venus, we can finish this article by working out how long it would take to get there.

In the first instance, we’ll take the pure approach and measure the time it takes light to travel from Venus to Earth.

Next, we’ll enter the real world, where we can’t travel anywhere close to light speed, and see how long it takes a spaceship to journey to the nearest planet in the solar system.

How Long Light Takes to Travel from Venus to Earth

Let’s see what this means for the time taken to cover the shortest, average, and longest gaps between Earth and Venus:

At its average distance of 42.2 million miles, light takes 3 minutes 46 seconds to reach Earth from Venus. As the planets orbit the sun that time varies between 2 minutes 13 seconds and 14 minutes 29 seconds.

When you look up at Venus with your telescope, you’re seeing the planet as it was at least two minutes and 13 seconds ago and perhaps as long as a quarter of an hour ago!

Of course, light travel is fantasy, so let’s wrap up by looking at how long it takes spaceships to get there.

How Long Does it Take a Spaceship to Travel to Venus?

Traveling to Venus in a spaceship is not a simple affair.

It is not possible to just figure out where Venus is, point a spaceship at it, and press the big launch button.

Instead, we have to account for the motion of the planets as they constantly move around the sun. We also have to escape our gravitational pull at the start of our journey and enter Venus’s at the end.

All of this is like a ballet of physics, often the best route to achieve our goal is not the most direct, which adds to the time it takes to travel there.

The best thing we can do is measure actual journey times from past successful missions to our nearest planet. The following is just a selection, click here for a complete list.

The shortest time a spacecraft has taken to get to Venus from Earth is 109 days, or 3.5 months. The longest journey took 198 days or 6.5 months. Most journeys take between 120 and 130 days which is about 4 months.

Now you know everything you need to about the distance of Venus and how long it takes to travel there, which will add to your enjoyment next time you’re viewing its crescent through your telescope. 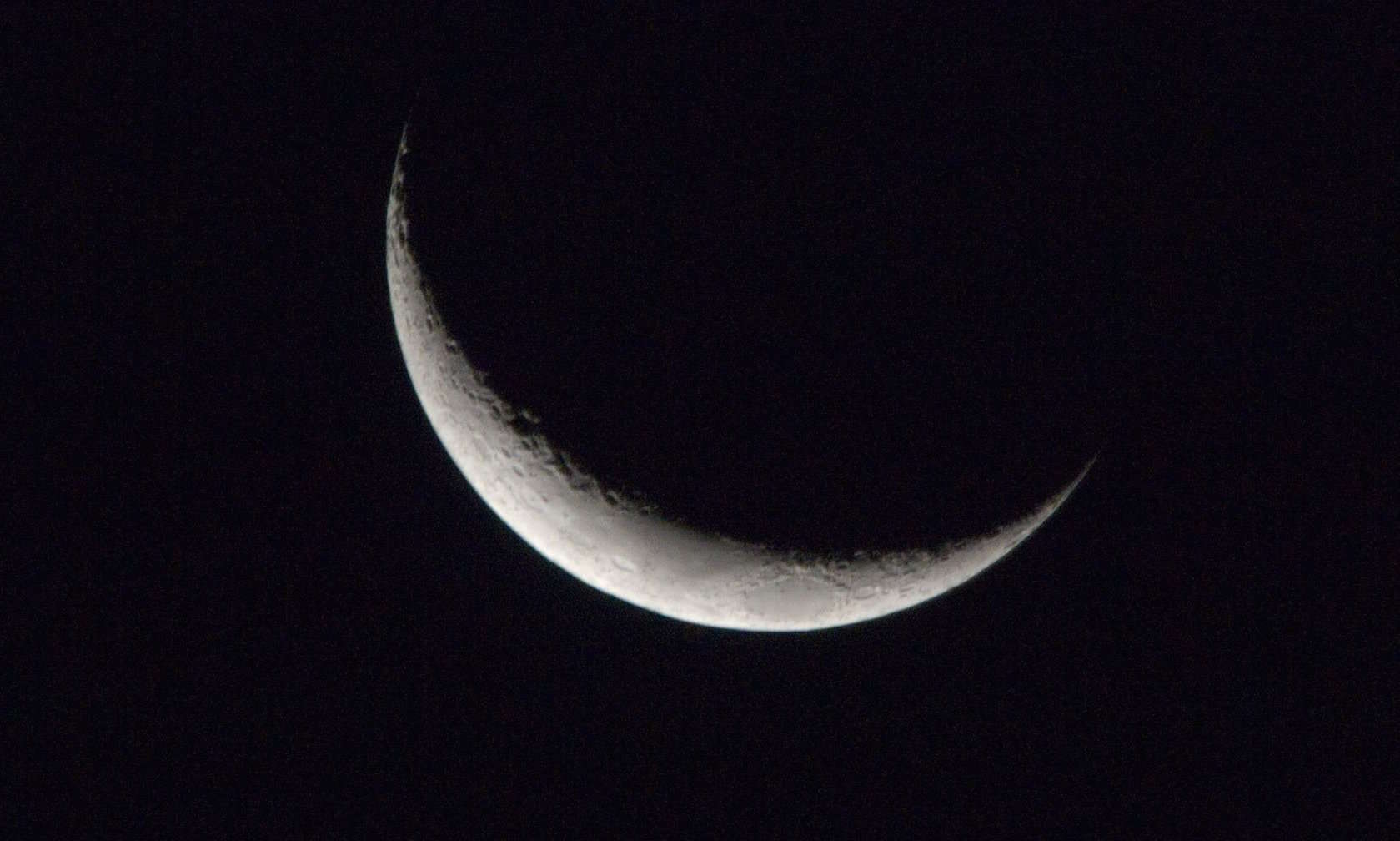 What is the Thinnest Crescent Moon You Can See?