How Long Does Venus Take to Go Around the Sun?

By Adam Kirk
|
5 minutes
Home »Astronomy »How Long Does Venus Take to Go Around the Sun?

Are you wondering, ‘How many Earth days it takes for Venus take to orbit the sun?’

Venus orbits – or completes one revolution – around the Sun in about 225 Earth days, or once every 0.615 Earth years. While orbiting the Sun, Venus travels at an average speed of 78,431 miles per hour, which equates to 126,077 km per hour.

In the rest of this article, we’ll dig into a little more detail behind the Venusian year and day.

Venus is the second planet from the Sun, between planet Mercury and Earth, and is Earth’s closest neighbor. Venus is a terrestrial planet is very similar to Earth in size and shape, there are several very significant differences between these two planets.

The most dramatic difference is the climate. Despite being further from the Sun than Mercury, Venus is the hottest planet in the solar system, with an average temperature of 864 degrees Fahrenheit.

Scientists believe that Venus initially had a similar climate to Earth, but the incredibly dense atmosphere, rich in carbon dioxide, caused a significant greenhouse effect, which spiked the temperature long-term.

But another significant difference is the way Venus orbits around the Sun and rotates around its axis. So, let’s take a look at these.

How Long Does Venus Take to Orbit the Sun?

Like every other planet in the solar system, Venus travels around the Sun in an ellipse—an offset oval. The completion of one such orbit constitutes a year. Venus moves around the Sun at more than 78,000 miles per hour and completes one year in about 225 earth days, or about 7.5 months.

So far, that’s not too different. But of course, while Venus is revolving around the Sun, it is also rotating on its axis. One full rotation makes up one day. Here on Earth, that rotation happens very quickly—it takes just 24 hours.

Find out if Venus is visible tonight.

On Earth, we are used to there being many days in a year, 365 in fact. But on Venus, that’s not the case at all. So how many days are there in a Venus year? Believe it or not, a Venus day is actually longer than a Venus year!

How Long is a Day on Venus?

Despite the many similarities between the two planets, Venus rotates around its axis much more slowly than Earth does. One Venus day takes a whopping 243 Earth days! That means that there are only 0.92 Venus days in a Venus year.

Scientists believe that Venus’s slow rotation has two explanations. First of all, it is due in large part to the planet’s proximity to the Sun—Mercury also rotates rather slowly, with about three Mercury days in every two Mercury years. On top of that, the thick Venusian atmosphere plays a role in slowing its rotation.

The unique differences don’t stop there. One of the most exciting things about Venus is that it is one of only two planets (the other being Uranus) that rotates counter-clockwise. We’ll have more on theories about why that is shortly.

That pattern has a fascinating effect on Venus days.

Earth rotates in the same direction as its orbital revolution around the Sun, which is why the Sun appears to rise and set once each day.

Why Does Venus Rotate Counter-Clockwise?

That question stumped scientists for years. There is still no surefire consensus, but there are two prevailing theories. Both theories posit that Venus initially rotated clockwise, like the other planets.

The longer-standing theory suggests that Venus is still rotating in the same direction that it always has, but at some point flipped on its axis, so that same rotation is now counter-clockwise relative to the Sun. Under this theory, the planet’s proximity to the Sun and dense atmosphere have caused very heavy atmospheric tides, and those tides caused the planet to flip 180 degrees.

In the early years of this millennium, though, a new theory surfaced. That theory suggests that Venus never flipped at all; rather, it initially rotated clockwise, then at some point came to a stop, and began turning in the opposite direction.

The theory proposes that not only Venus’s proximity to the Sun and its own tides, but also the tidal effects of nearby planets, contributed to that change.

Regardless of whether the planet flipped or reversed, though, research indicates that Venus was naturally more stable in a retrograde rotation. That means no matter the method of reversal, it was only a matter of time before Venus started spinning counter-clockwise.

So, you wondered how long does Venus take to orbit the Sun? That may have seemed like a simple question, and in a sense, it is: Venus orbits the Sun once every 225 Earth days. But as we’ve learned, there are actually a wide array of interesting other points orbiting around this question.

One major point of interest is the way Venus rotates while orbiting the Sun. Venus takes 243 Earth days—more than one full Venus year—to complete one rotation around its axis. That is one of the slowest rotations of any planet in the Solar System.

Even stranger, Venus actually rotates counter-clockwise; alone with Uranus, it is one of only two planets to do so.

So, as we’ve seen, Venus is a fascinating planet with many unique behaviors. Earth’s closest neighbor may be very similar to our home planet in size and shape, but its behavior as it travels through the solar system could not be more different. 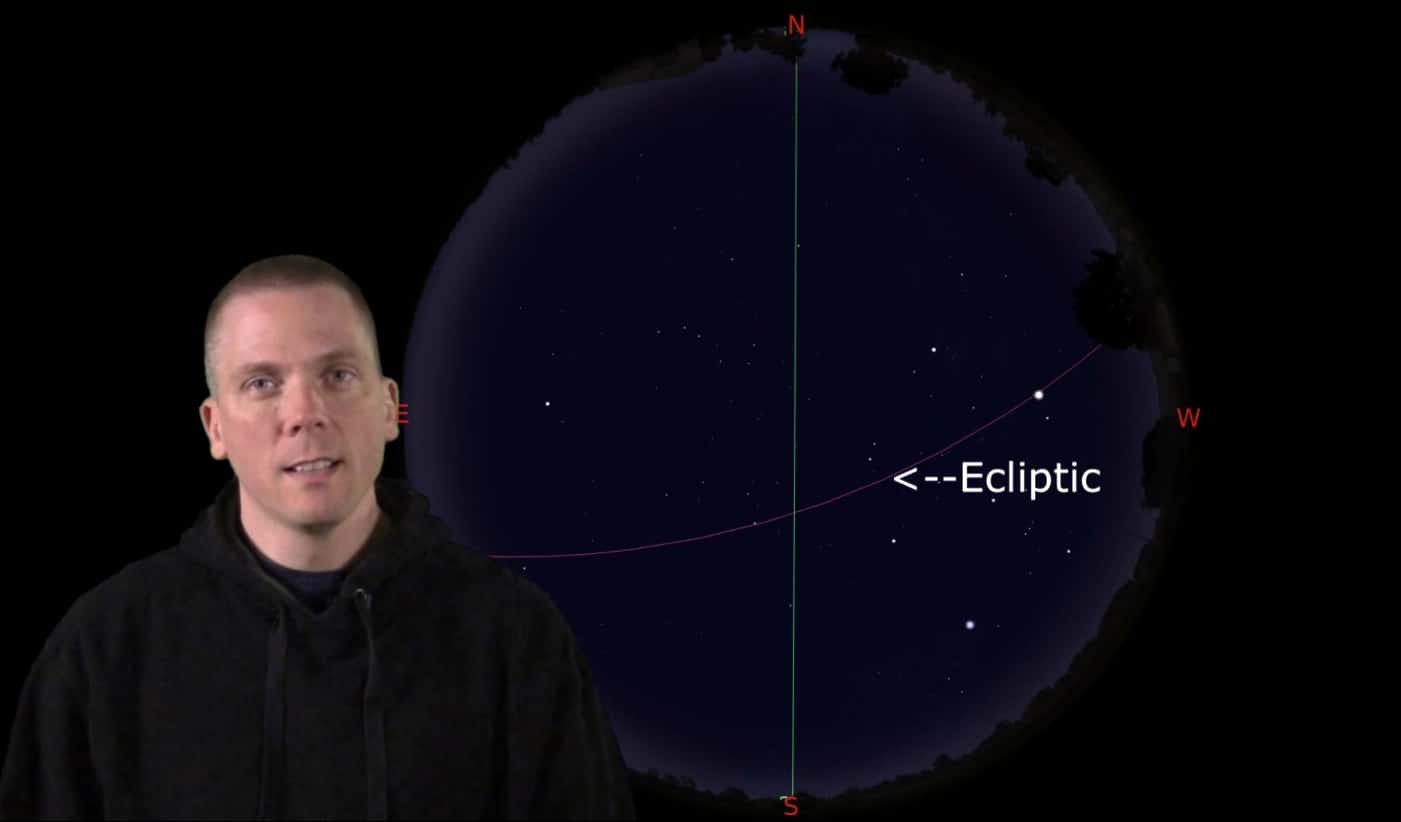 What is the Ecliptic in Astronomy? A Guide to the Planetary Highway