How to Find and Observe M80 – A Globular Cluster

The Messier Catalogue includes 29 globular clusters, ranging from spectacular star-cities like M22 and M13, to more challenging objects which look like fuzzy snowballs. M80, it has to be said, tends more towards the latter category (especially when compared to its illustrious neighbour M4), but there’s more to this cluster than meets the eye.

In this article I’ll show you how to find and observe this unsung treasure of the summer sky.

When Was M80 Discovered and What Do We Know About it?

M80 was discovered in 1781 by Charles Messier, who described it as resembling “the nucleus of a little Comet, surrounded by nebulosity”. He subsequently added it to the third version of his famous catalogue.

William Herschel observed it four years later with a much larger telescope, describing it as “one of the richest and most compressed clusters of small stars I remember to have seen”.

Despite its inferior appearance compared to M4, you may be surprised to learn that M80 is actually twice its diameter and approximately four times as massive. The reason for their visual disparity is, of course, distance; at 5,640 light-years M4 is the closest globular to us, whereas M80 is six times farther away at a more typical 32,600 light-years.

Herschel was right to draw attention to its compressed appearance. M80 is one of the most concentrated and compact of our galaxy’s globular clusters. This density is reflected in its large number of “blue stragglers”: excessively luminous and massive stars formed by interactions and collisions between closely-packed cluster members.

M80 also holds the distinction of being the first star cluster (of any type) in which a nova was observed. Discovered on 21 May 1860 by Arthur von Auwers of the Koenigsberg Observatory in Berlin, T Scorpii (Nova Scorpii 1860) reached a peak magnitude of 6.8, outshining the entire cluster. It then faded quickly, dropping three magnitudes in 26 days. This qualified it as a “fast nova” – though not as fast as the recent Nova Herculis 2021, which surprised me (and many others) when it plummeted two magnitudes in a single day.

When is M80 Visible?

This table shows when you can best see M80 from the mid-latitudes of the northern hemisphere. Times given are approximate local times for mid-month using a 24hr clock. Underlined times are during the hours of darkness.

M80 is best seen during the months of May, June and July. However, for observers at higher northern latitudes (such as myself), M80 is a low southern object that lies firmly in the part of the sky most affected by the short summer nights. To see it under a truly dark sky you may be better off observing it in April or May after midnight.

How Hard is M80 to Observe?

Fortunately, M80’s high surface brightness makes it relatively easy to see with a telescope even when conditions are less than ideal. However, with observing time being at such a premium during midsummer, you can be forgiven for passing this object over in favour of better-known objects like the nearby M4 (I’ve certainly been guilty of this in the past).

But look at it this way: if you don’t make the effort to look at a range of globulars (including the underwhelming ones), you’ll never fully appreciate just how good the showpiece clusters are. And, while M4 is indeed a superior object to M80 (telescopically, at least), taking the time to compare and contrast the two will enrich your observing experience as well as your understanding of these enigmatic survivors from the dawn of galactic time.

Have I convinced you yet? Okay, let’s track down M80.

M80 resides in the constellation of Scorpius, the Scorpion, between Sagittarius and Libra.

Fortunately for star-hoppers, M80 is located in a distinctive part of the sky near several naked-eye stars that are visible even from light-polluted areas. And, if you’ve used Alan’s article to find and observe M4, you already know most of the route.

Otherwise, look low to the south on a late spring night or summer evening. The red supergiant Antares (Alpha Scorpii) is the brightest star in that part of the sky, shining with a distinctly ruddy hue.

The star Antares can serve as a useful barometer for your local seeing conditions.

On one night of memorably bad seeing, I wrote the following in my notebook: “No matter how carefully I tweak the fine-focus knob, Antares stubbornly refuses to come to a sharp point, seething and boiling and cycling through all the colours of the rainbow from blood red to apple green.” That was an extreme example; on most summer evenings it looks like a distant sky lantern suspended in the field of view.

This is shown in the second image from SkySafari 6, below. Stars in this image are shown to magnitude 6.0.

This final view shows the star field inside a Telrad’s finder rings. Stars are shown to magnitude 7.0.

M80 can be hard to identify in binoculars and finderscopes (its small apparent size makes it look like an out-of-focus star at best), so sweep for it using a low-power eyepiece.

M80 through a Telescope

Even on nights with poor transparency (when objects with low surface brightness tend to vanish into the summer haze), I find M80 a relatively easy object to see through a backyard telescope.

My earliest notes for this object are a terse, two-word description: “small, condensed”, harkening back to Messier’s original description. To the unwary eye it really does look like a comet. An 8th magnitude foreground star lies 4 arcminutes to the northeast.

Through my 10-inch reflector at 133x, I can see a grainy round glow with a bright core. The size of the cluster appears to expand with averted vision.

If your sky conditions will allow it, increase the magnification to 150x or greater to see if you can pull out any individual stars. Remember, the majority of its members are fainter than 15th magnitude, so don’t expect it to “bristle” with starlight in the manner of M4 or M13.

At 171x I was able to make out a very condensed core and a few “speckles” with averted vision. The most prominent of these speckles (and the only one I was able to hold in view for a significant amount of time) is roughly halfway between the core of M80 and the aforementioned field star.

Do you have a larger telescope and/or live at a more favourable latitude? If so, push the magnification as high as the seeing will allow and count how many stars you can resolve in this challenging cluster. If nothing else, objects like M80 are good practice for honing your observing skills.

Hopefully this article has inspired you to spend at least a few minutes in the company of M80 the next time you’re exploring this part of the sky. And, who knows, you might just be the one to spot another nova flaring into prominence.

If you’d like more observation guides like this, with more details on finding and observing all manner of objects from planets to galaxies, and nebulae to double stars, check out the Virtual Astronomy Club. 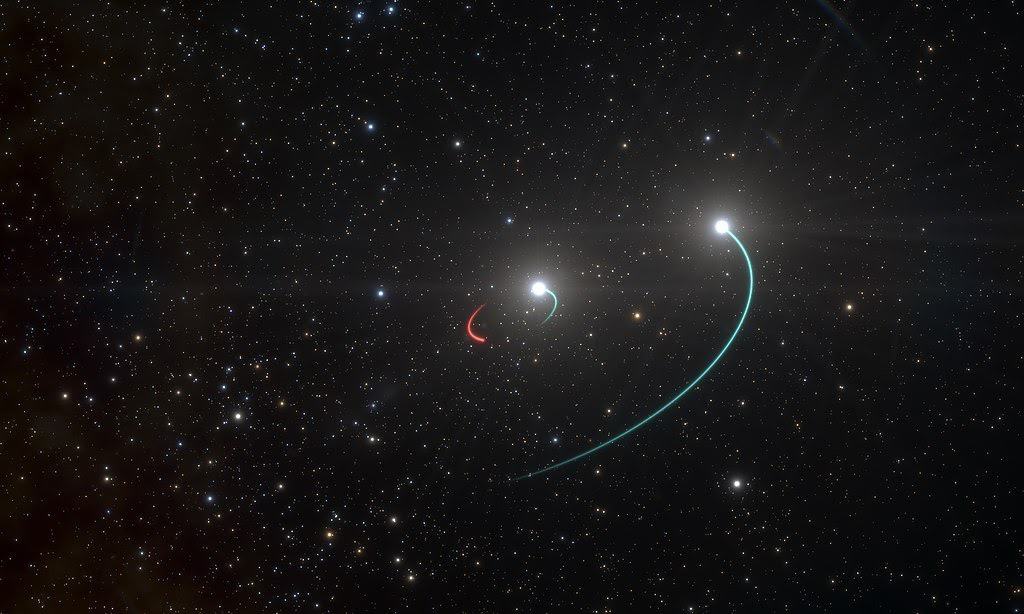 What are Binary Stars and How are They Created