How to Find and Observe M77, the Squid Galaxy

By Mark Kilner
|
7 minutes
Home »Astronomy »How to Find and Observe M77, the Squid Galaxy

The sprawling constellation of Cetus, known variously as The Whale or The Sea Monster, contains only one Messier object, but it’s an object that holds a special place in astronomy.

In this article, I’ll show you how to find and observe M77, a spiral galaxy that harbors its own very interesting monster…

When Was M77 Discovered and What Do We Know About it?

M77 was discovered by Pierre Méchain in October 1780. He reported his finding to Messier, who observed it in December that same year.

Perhaps deceived by M77’s bright nucleus, Messier was under the impression that he was looking at a partially resolved star cluster, a mistake repeated by William Herschel.

Later astronomers, including Lord Rosse and Heinrich D’Arrest, suspected that M77 had more in common with the “spiral nebulae” we now know to be galaxies, but it wasn’t until 1918 that detailed photographs put its nature beyond doubt.

Today we recognize M77 as the brightest and nearest example of a Seyfert galaxy, which is a kind of active galaxy, named after the American astronomer Carl Seyfert, who published a much-cited 1943 paper providing the first detailed description of the curious emission lines found in its spectrum.

In contrast to dormant galaxies like our own Milky Way, the central supermassive black hole in M77 is actively feeding on the matter around it, emitting large amounts of radiation across the entire electromagnetic spectrum.

A full discussion of Active Galactic Nuclei (AGN) from Quasars to Seyferts (and everything in between) is beyond the scope of this article, but such objects are generally classified according to the level of activity of the supermassive black hole and the orientation at which we see them.

M77’s nucleus is tilted at an angle of about 51 degrees to our line of sight, so the region of the accretion disc closest to the black hole is obscured (at optical and ultraviolet wavelengths) by the large dusty torus surrounding it.

When is M77 Visible?

This table shows when you can best see M77 from the mid-latitudes of the northern hemisphere. Times given are approximate local times for mid-month using a 24hr clock. Underlined times are during the hours of darkness.

M77 is best seen towards the end of the year during the months of October, November, and December.

How Hard is M77 to Observe?

From my suburban location, M77 is usually the one galaxy (other than M31) I can reliably see through my telescope even on nights blighted by autumn haze.

It’s bright enough to remain visible even when there is interference from moonlight, but don’t expect to see much more than the core region.

M77 lies atop the celestial equator in the constellation of Cetus, the Whale, which – despite being the fourth largest constellation in the sky – can appear rather inconspicuous, especially if you’re observing from a typical backyard location.

This first SkySafari 6 star chart shows the Squid Galaxy’s location at 9pm on a mid-December evening. The galaxy is shown orange and clicking the image will open a full-screen version. Stars are shown to magnitude 5.0.

A casual glance at a star chart might tempt you into thinking that the quickest way to find M77 is to approach it from the southwest using the star Omicron Ceti as a guide.

However, be warned: this is the famous variable star Mira, which oscillates between 3rd and 9th magnitude over a period of roughly 330 days. In other words, unless you’ve already looked up its current status on AAVSO, don’t assume Mira will be bright or even visible to the naked eye.

Many deep-sky guides are somewhat vague on how to get to M77; they simply state “look southeast of Delta Ceti”, but that’s not very helpful if you can’t identify Cetus, let alone Delta Ceti.

I find the easiest way is to use the neighboring constellation of Taurus, the Bull, as a guide. The V-shaped Hyades cluster is like an arrowhead pointing towards Cetus.

Step two is revealed in more detail in the image below, which shows stars to magnitude 8.0.

Starting at the Hyades, head southwest past Lambda Tauri and the pairing of Xi and Omicron Tauri until you reach the magnitude 2.5 star Alpha Ceti (Menkar).

Delta Ceti (a distinctly blue star through the eyepiece) is a little less than a degree northwest of M77. A low-power widefield eyepiece will show both in the same field of view.

M77 through a Telescope

In small telescopes M77 is a relatively bright (as galaxies go) smudge of light just 1.5 arcminutes west of a 10th magnitude foreground star.

In my 10-inch reflector at 133x, M77 appears as a very bright core embedded in a disc of nebulosity; I could easily imagine it being mistaken for a comet by an unwary observer.

At this higher magnification, it becomes apparent that the galaxy is slightly oval, with its long axis angled northeast to southwest. The 10th magnitude star to the east helps with fine-focus and also provides a useful anchor point for averted vision.

See our pick of the best telescopes for seeing galaxies

The galaxy holds its brightness well at 240x, but with no real increase in detail other than an extended, vaguely mottled core region (distinct from the star-like nucleus). Larger telescopes may show some of the bright knots and dark lanes within this region, and perhaps even the spiral arms wrapping tightly around the core.

Long-exposure images of M77 show a faint ring surrounding the main galaxy. Some experienced observers have reported seeing it, but only with very large telescopes under very dark skies.

Like most galaxies, M77 does not live in isolation; it’s accompanied by a retinue of fainter galaxies, the most prominent of which is NGC 1055, a magnitude 10.6 streak of light about half a degree to the north-northwest (due east of Delta Ceti). This edge-on spiral galaxy (aligned east-west) shares the field of view with two 7th magnitude stars to the north.

Hopefully, this article has encouraged you to seek out M77 this autumn and winter. How much you see of it will depend on the size of your telescope and the quality of your sky, but any photons that have escaped a maelstrom of almost incomprehensible power to embark on a 47 million-year-long journey before reaching your eye have got to be deserving of some respect, right? 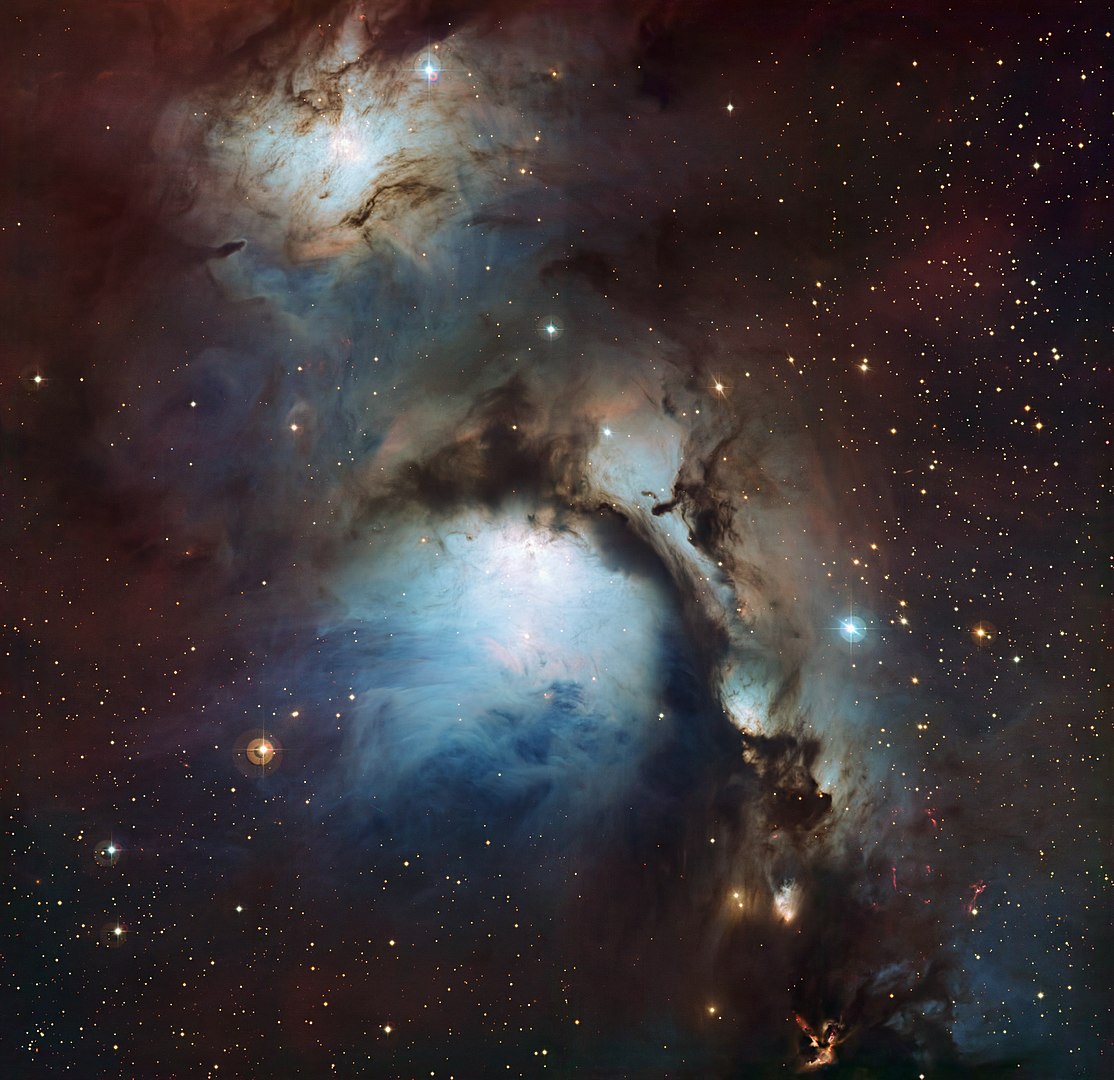 How To Find and Observe M78, A Reflection Nebula