How To Find and Observe M78, A Reflection Nebula

By Mark Kilner
|
7 minutes
Home »Astronomy »How To Find and Observe M78, A Reflection Nebula

You may have heard the expression, “We are all made of stardust,” popularised by Carl Sagan and others. Well, the reflection nebula M78 is perhaps the night sky’s best example of stardust you can see with a small telescope.

In this article, I’ll show you how to find and explore this charming and often overlooked nebula in Orion.

When Was M78 Discovered and What Do We Know About It?

Also known as ‘Casper the Friendly Ghost Nebula’, M78 was discovered in early 1780 by Pierre Méchain who accurately described it as “two fairly bright nuclei, surrounded by nebulosity.”

Charles Messier wasn’t able to observe M78 until nearly a year later, although curiously he saw it as “a cluster of stars, with a lot of nebulosity.”

William Herschel discovered the detached northern component NGC 2071 in 1784, but the biggest advance in our understanding of M78 didn’t occur until 1919 when Vesto M. Slipher of the Lowell Observatory analyzed its spectrum. He discovered that M78 shines from reflected starlight, as opposed to the characteristic emission lines of other nebulae known at the time.

Emission nebulae (such as M42) are typically powered by ultraviolet radiation; the young stars within M78 don’t emit enough light in that part of the spectrum to ionize the interstellar gas and so only the surrounding dust is visible, reflecting and scattering the stars’ light. The scattering process is most efficient in the blue part of the visible spectrum, accounting for the nebula’s distinctive color in long-exposure images.

M78 and its environs look deceptively sparse through a telescope, but the conspicuous dark expanse between M78 and NGC 2071 hints at hidden depths to this region. Infrared telescopes can peer through this veil, revealing nascent star clusters concealed by the obscuring dust.

A 1999 study also found 17 Herbig-Haro objects in and around M78. These are small bipolar nebulae that have been lit up by jets from newly formed protostars.

When is M78 Visible?

This table shows when you can best see M78 from the mid-latitudes of the northern hemisphere. Times given are approximate local times for mid-month using a 24hr clock. Underlined times are during the hours of darkness.

M78 is best seen during the winter months from November through to February.

Although M78 is smaller and fainter than Orion’s famous “other” nebula, it is still bright for its class, and shows up well even in small telescopes, though urban-based astronomers might struggle to see it.

M78 can be found in Orion, the Hunter, one of the easiest constellations to recognize in the night sky.

If you look south on a clear winter’s evening, the bright stars of Orion will likely be the first things you notice, even from an urban location. The SkySafari 6 image below shows Orion at 10pm in the middle of January.

The location of M78 is marked by the orange circle and stars are shown to magnitude 5.0.

Our target lies about 2.5 degrees northeast of Alnitak, halfway between it and the magnitude 4.76 star 56 Orionis.

Don’t confuse 56 Orionis with the slightly fainter 51 Orionis – shown as ‘b Ori.’ in the chart below – (which lies on the other side of the constellation line joining Alnitak and Betelgeuse). It’s an easy error to make when you’re cold and tired and not thinking straight (I speak from experience).

If you’re using an equatorial mount, another way to approach M78 is to aim your telescope at Mintaka (Delta Orionis), the westernmost star in Orion’s Belt, and track east with a wide-field eyepiece until M78 (which lies at almost the same declination) enters the field of view.

You might struggle to see M78 in binoculars and finderscopes from bright suburban skies, but it’s a relatively easy catch in a wide-field eyepiece.

M78 through a Telescope

Many reflection nebulae are subtle telescopic targets, and to the unwary eye, some of them (such as the nebulosity in the Pleiades) can be mistaken for the effect of condensation fogging up your optics.

Fortunately, M78 is prominent in telescopes of all sizes. On the downside, narrowband and line filters (which work so well on emission nebulae) offer little or no improvement on reflection nebulae, and may even make them harder to see.

In my 4-inch refractor at 42x, M78 was visible as two 10th magnitude stars embedded in the northern side of a small patch of nebulosity, giving it an appearance somewhat reminiscent of one of the ghosts from the Pac-Man video game.

Staring at the nebula with direct vision caused the nebulosity to fade away, only for it to return when I looked to one side – adding to the ghost-like effect. As expected, adding a narrowband filter made no visible improvement to the view.

M78’s ghostly appearance has been noted by other astronomers, some of whom have nicknamed it Casper the friendly ghost. Others have likened it to a tropical fish, swimming after the more diminutive NGC 2071.

M78 appears brighter and easier to see with each increase in aperture, and in larger scopes, some structure begins to emerge.

In my 10-inch reflector at powers ranging from 50x to 133x, M78 appears as a fan-shaped swathe of nebulosity, like a condensed version of the nebula surrounding the star Merope in the Pleiades.

The nebula is illuminated by a pair of 10th magnitude stars separated by nearly an arcminute, appearing like headlights shining through fog. Some mottled structure is apparent with averted vision, with a sharp cut-off on the northern side.

A detached portion of nebulosity (NGC 2071) is visible on the other side of this dark gap, 20 arcminutes NNE of M78. In my scope, it appears smaller and fainter than M78, with no structure visible.

Detailed star charts often include two other faint nebulae (NGC 2064 and 2067) adjacent to M78, but large apertures and/or dark skies are required to see them.

Reflection nebulae are worth monitoring regularly, as some of them can change their appearance on relatively short timescales. A classic example of this is Hubble’s Variable Nebula (NGC 2261) in neighboring Monoceros.

Amateurs can also make valuable contributions to this field – as was dramatically demonstrated in January 2004 when US astronomer Jay McNeil discovered a new nebulous component 10 arcminutes south of M78. The nebula was illuminated by an outburst from V1647 Orionis, a protostar that is still evolving towards the Main Sequence.

McNeil’s Nebula fluctuated in brightness before fading from view in 2018, and at the time of writing, it remains invisible. But it’s worth keeping a close eye on the area in case it makes a sudden reappearance.

When exploring Orion it’s all too easy to lose yourself in its showpiece nebula, but hopefully, this article has convinced you to cast your net a little wider and seek out the ethereal M78: arguably the night sky’s finest reflection nebula. 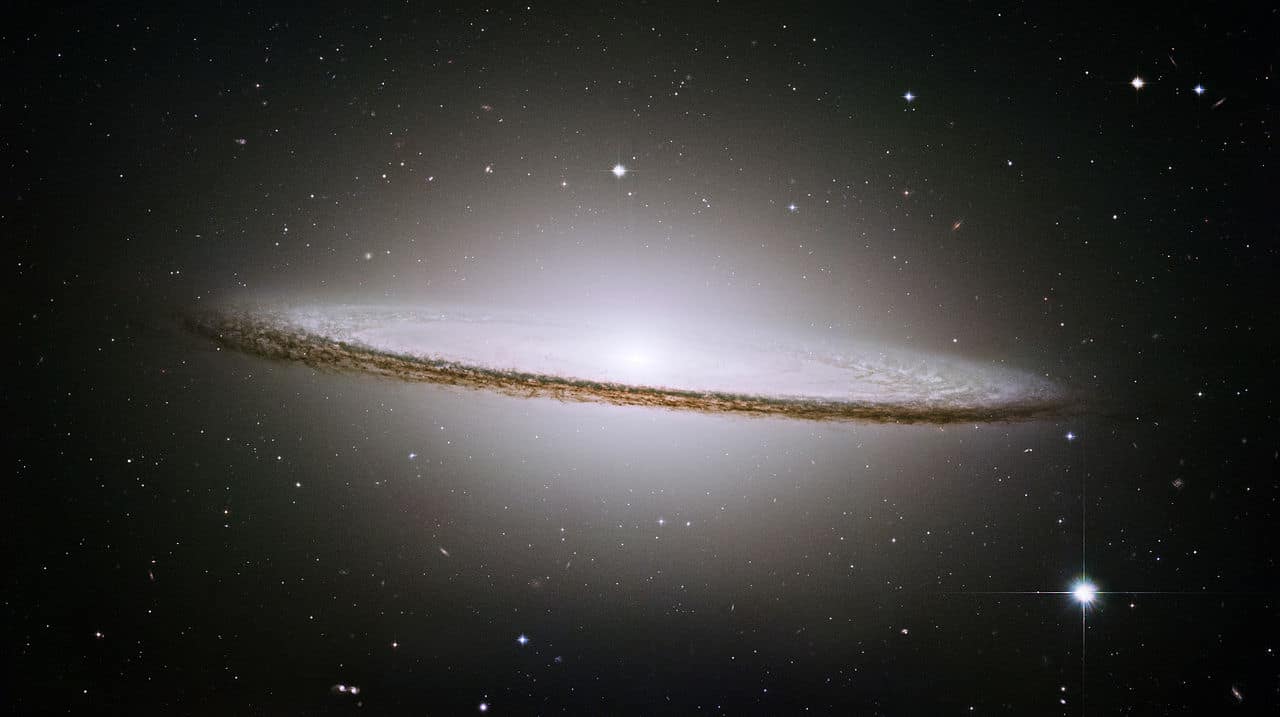 Why Are Galaxies So Bright at Their Center?