How to Find and Observe Messier 17, The Swan Nebula

By Dr. Alan Strauss
|
7 minutes
Home »Astronomy »How to Find and Observe Messier 17, The Swan Nebula

M17, also known as the Swan or Omega Nebula, is the brightest nebula in the Summer sky.

This stellar nursery floats gracefully in Sagittarius, on its border with Serpens and Scutum, and stands out among the many treasures visible to the amateur astronomer.

M17 can be observed with any size instrument and is a target worthy of returning to each summer. As you read through this article you will learn how to locate and observe the Swan Nebula through binoculars and telescopes.

When Was M17 Discovered and What Do We Know About it?

Look at any star chart and you’ll see that the Swan Nebula is at the northern end of a chain of outstanding Messier objects including M8, the Lagoon Nebula, M20, M18, and the large Sagittarius star cloud, M24.

It is as if the Swan is leading her cygnets across the river of the Milky Way.

She is joined at the head of this procession by M16, the Eagle Nebula, approximately 2 degrees to her northwest. In fact, Sagittarius hosts 15 Messier objects, which is more than any other constellation.

Similar to M20, the Trifid Nebula, M17 is a stellar nursery – a large molecular cloud of gas and dust that is giving birth to new stars. Below is a high-resolution image of M17 showing the grand extent of this nebula, far greater than what one can observe through a telescope.

The human eye is not well suited to detecting objects in low light and our visual acuity peaks in green wavelengths. This makes detecting the fainter extensions of this red nebula a challenge.

Yet, rest assured that the bright regions are obvious even in binoculars and that a large telescope provides an opportunity to study some of the fainter regions of M17.

Discovered by Swiss astronomer Philippe Loys de Cheseaux in 1746, Messier described it as a “streak of light without stars, 5 to 6 minutes long, spindle-shaped.” How unimpressive a description for such a grand object!

Camille Flammarion was clearly more impressed as he described a “smoke-drift, fantastically wreathed by the wind.” Similarly, Admiral Smyth noted “a magnificent arched and irresolvable luminosity occupying more than a third of the area in a splendid group of stars.”

Now it’s your turn to enjoy this ghostly summer spectacle.

When is M17 Visible?

This table shows when you can best see M17 from the mid-latitudes of the northern hemisphere. Times given are approximate local times for mid-month using a 24hr clock. Underlined times are during the hours of darkness.

At magnitude 6, the glow of M17 should be visible in binoculars under Bortle 5-6 skies, and through a small telescope under Bortle 7 skies.

As this nebula is located in the southerly constellation of Sagittarius, I recommend a location with a darker southern horizon, near the time of its transit.

As always, the more “stuff” in the atmosphere (such as humidity or wildfire smoke) the lower the transparency and the more difficult it will be teasing out the fainter details of this nebula.

To locate M17, use the star charts from SkySafari 6, below.

First, face south and identify the constellation of Scorpius and the ‘teapot’ asterism of Sagittarius to its east. The view below shows the sky at 11pm in the middle of August.

Note the Milky way as the gray stream running behind the Teapot of Sagittarius. M17 is at the southwestern point of Scutum but technically falls inside the boundary of Sagittarius. Stars are shown to magnitude 5.0 and you can click on the image for a full-screen version.

If you followed my guide to locating M20 (link opens a new tab), you are already familiar with this area of the sky and the glowing patches of our Milky Way galaxy just above the spout of the teapot, which may be visible naked-eye in semi-dark skies.

The next chart shows how to find your way to M17. From Kaus Borealis, the star at the peak of the Teapot’s lid, head north to the star called Polis (Mu Sagittarii), which shines at magnitude 3.8.

From there, note the direction of Gamma Scuti, a magnitude 4.7 star forming the base of the diamond of Scutum. M18 is two-thirds of the way along that line, past the large star cloud, M24, which is easily seen in binoculars and low-magnification telescopes.

As you pan your view to the north you will come across the large Sagittarius star cloud, M24.  As you can see from the Telrad circles, M17 is located a little more than 2 degrees north of M24, with the open cluster M18 between them.

This final view shows the area in more detail, with stars shown to magnitude 8.0. The blue circle is a 5° field of view, representing what we can see through a magnifying finderscope.

Once you’ve found the Omega Nebula, a.k.a. Swan Nebula, M17, what should you expect to see?

M17 is easily visible in binoculars, as a faint elongated glow.

While I can not detect any structure in my 10×42 binoculars, the context is beautiful as the 6.5-degree field of view takes in one of the richest areas of the Milky Way.

M17 is visible in even smaller binoculars, depending on your skies, and I have seen it in my 8.5×21 pair although the elongation is less obvious.

Through any size telescope, M17 is awash in detail.

In a small telescope, M17 should appear in the shape of a swan, with the brightest section being the body, and the neck arching to the southwest.

There is a rounded area of dark dust in the foreground of the nebula that is creating the apparent curve of the swan’s neck. Try to spot the mottling in the nebula, and after a few minutes use your averted vision to try and tease out some of the fainter extensions, especially the section to the east, behind the Swan.

I completed the sketch below in 2010 while observing with my 90mm telescope in my suburban backyard under average seeing. Note the swan pointing upwards, its neck and head at the top of the picture.

If you own a nebula or contrast filter, go ahead and insert it, but not until you have spent several minutes observing M17 first. The idea is to become as familiar as possible with what you can see before enhancing the view. This practice also serves to improve your observing skills.

Once the filter is inserted, you should notice that those faint extensions are easier to see, and perhaps even larger or more detailed. Can you see additional filaments in the brighter sections?

Lastly, spend several minutes teasing out details that are at the limit of your perception.

Much like the Orion Nebula, I never tire of observing M17 through a telescope. If you have access to a large telescope, the detail and structure available to observe is only limited by your access to dark, transparent skies and your experience.  Like playing a musical instrument, the more you practice observing the more skilled you become.

In my 12.5-inch Dobsonian, M17 takes on an almost 3D appearance as it floats along the Milky Way.  As I note the structure of brighter streaks in the ‘body’ of the Swan, I consider the newborn stars and massive stellar winds that are shaping these gaseous streamers.  Most of the stars responsible for this nebular structure are hidden from our view, shrouded by the gas and dust of their environs.

I hope you have the opportunity to spend many years returning each summer to observe M17, and that it continues to provide those moments at the eyepiece that fill us with wonder, excitement, and a sense of unity.

M17, the Swan Nebula, is the brightest diffuse nebula in the northern hemisphere’s summer evening sky.

Visible in all instruments from binoculars to telescopes, you’ll never tire of admiring its beauty. 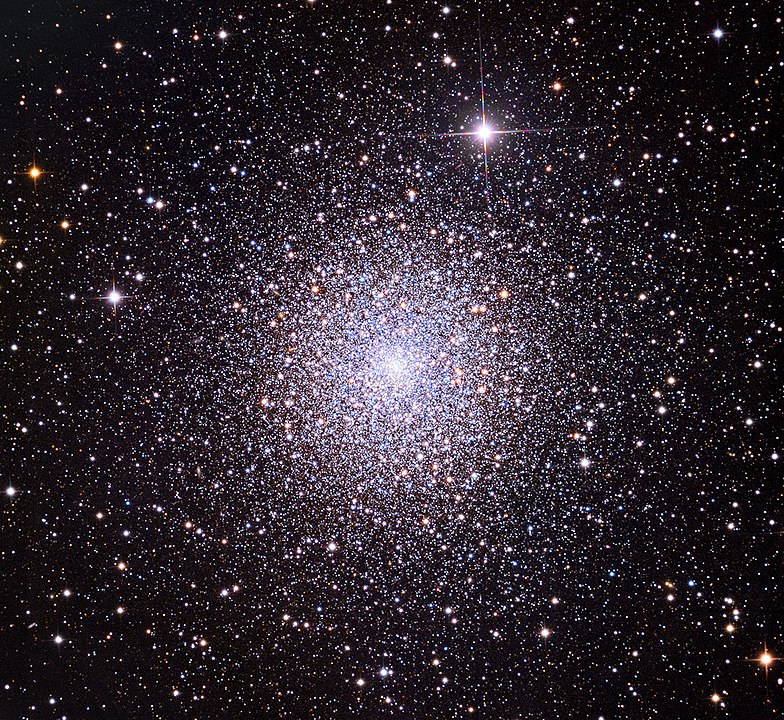 How to Find and Observe Messier 15, an Incredibly Old Cluster