How to Find and Observe The Wild Duck Cluster (M11)

Open clusters make up a quarter of the objects in the Messier Catalogue, and of these, the eye-catching Pleiades (M45) is the most well-known.

However, few can match M11 (the Wild Duck Cluster) for sheer visual splendor. In this article, I’ll discuss how you can locate this wonder of the summer night sky, and what you can expect to see through a small-to-medium aperture telescope.

If you’ve never seen M11 through a telescope before, you’re in for a treat. I’ve yet to see a photo of this object that captures the thrill of seeing hundreds of pinpoint stars packed into a single field of view.

What is the Wild Duck Cluster?

The Wild Duck Cluster is the eleventh object on Messier’s catalog, which is why it also has the reference of M11.

It is one of the most distant open clusters in the Messier Catalogue, lying just over 6,100 light-years away in the Sagittarius spiral arm of our galaxy. For comparison, this is about 14 times further away than the Pleiades (M45).

The Wild Duck Cluster was discovered in 1681 by German astronomer Gottfried Kirch, who described it as a “nebulous star”, but its true nature didn’t become apparent until 1733 when English polymath William Derham resolved it into individual stars. In that respect, the M11 cluster was already well-known by the time Charles Messier observed it in 1764 before including it in his catalog.

M11 is a very rich cluster containing 2,900 stars in a volume only 24 light-years across. Towards the center, these stars are separated by a light-year or less, which would make a dazzling night sky for any planetary systems present (assuming they could survive the perturbations from passing stars).

Like most open clusters, M11 is relatively youthful at 250 million years, compared to our 4.6 billion-year-old Sun. In terms of galactic years, The Wild Duck is roughly one galactic year old, whereas the Sun is 20. On this timescale, the so-called Wild Ducks are more like wild ducklings.

However, even though it is young, about 30 of its stars have already evolved into red giants, their high mass causing them to consume fuel at a much faster rate than their lower mass siblings.

When is M11 Visible?

This table shows when you can best see M11 from the mid-latitudes of the northern hemisphere. Times given are approximate local times for mid-month using a 24hr clock.

M11 is best seen during June, July, and August. However, depending on how far north you are, your night sky may not get completely dark in the few weeks around the summer solstice.

In this case, you are better off observing M11 after midnight in May and early June, or on an August evening after sunset.

How Difficult is M11 to See?

At magnitude 5.8, M11 is bright enough to be visible through binoculars or a small telescope from even a relatively light-polluted site. However, to see it at its best you’ll want to catch it on a dark, moonless night, in a location shielded from stray light.

If you’re lucky enough to be observing from a particularly dark site (Bortle 4 or lower), you may notice that the cluster lies on the northeastern edge of the Scutum Star Cloud, one of the brightest portions of the Milky Way outside Sagittarius.

How to Find the Wild Duck Cluster

M11 resides within the summer constellation of Scutum, the Shield. Some observing guides recommend finding it by looking a couple of degrees southeast of the star Beta Scuti in Scutum, which you can see in the third chart below.

However, that’s not the best approach because the constellation of Scutum is nondescript and hard to identify if you’re not familiar with that part of the sky.

A better approach is to use the neighboring constellation of Aquila, the Eagle, as a guide. This is much easier to locate, south of Cygnus the swan, which is overhead at 1am on a July night.

First, acquaint yourself with the three bright stars that make up the Summer Triangle asterism: Deneb, in the cross-shaped constellation of Cygnus; the brilliant Vega, alongside the distinctive parallelogram of Lyra; and below them, Altair, the brightest star in Aquila.

You can see the triangle drawn in orange on the SkySafari 6 image below. All sky charts on this page are courtesy of SkySafari 6.

From Altair, follow the Eagle’s body south until you locate 3rd magnitude Lambda Aquilae in your finder. Note that stars are only shown to magnitude 5.0 in the chart below.

Now we’re only three star-hops away from our target. From Lambda Aquilae follow the two bright stars (4th magnitude 12 Aquilae and 5th magnitude Eta Scuti) to the west and then roughly the same distance again until you arrive at M11.

The cluster is easily visible in binoculars and finderscopes as a small, grainy patch of light.

M11 is one of the richest open clusters in the sky, containing at least a hundred stars brighter than 12th magnitude packed into an area only 14 arcminutes across, or about one-quarter of a degree.

This makes it an ideal target for small telescopes. Although open clusters are a separate class of object from globular clusters, M11’s richness does give a sense of what a globular cluster looks like through a larger aperture scope.

Low-to-medium powers are recommended as they frame the cluster within the context of the surrounding Milky Way.

In a four-inch scope, I find the best views are at magnifications between 40x and 50x, which reveal a fan-shaped mass of faint, closely-packed stars with a bright 8th magnitude star at the apex of the fan.

The cluster is so rich it can be a little overwhelming on first appearance, so allow yourself time to get accustomed to the view.

If you can’t resolve the fainter members of the cluster try a higher magnification, or use averted vision to make them pop out of the haze. The summer Milky Way is so crowded with highlights it’s tempting to dash from one object to the next, but M11 is definitely a sight worth savoring.

Larger apertures (six inches and above) at magnifications between 90x and 150x reveal even fainter stars on the outskirts of M11, making the fan shape less obvious.

You may also notice that the stars are not uniformly distributed, but appear to be grouped into half a dozen clumps separated by dark lanes. This is a feature that tends to be lost in photos, but I find it quite distinctive through the eyepiece.

These dark rifts give it a fractured appearance, like a broken globular cluster, or a large crystal that has been struck with a hammer to create a myriad of tiny gemstones – a powdering of diamond dust.

M11 acquired its nickname after being compared to a “flight of wild ducks” by the 19th Century observer Admiral Smyth. Renowned contemporary observer Stephen J O’Meara has compared it to – among other things – a tick (I don’t see it myself) and, perhaps more appropriately, an explosion of confetti.

But ultimately it doesn’t matter whether or not you see ducks, insects, or any other kind of creature in M11 because, when presented with such a breathtaking sight, it’s sometimes enough just to say “Wow.”

After all these years of observing, it still amazes me that I don’t have to go any farther than my back garden to see something as beautiful as the Wild Duck Cluster. So, this summer, why not point your telescope at M11 and see if it amazes you too.

If you’d like to learn more about the Wild Duck Cluster, check out the video below. 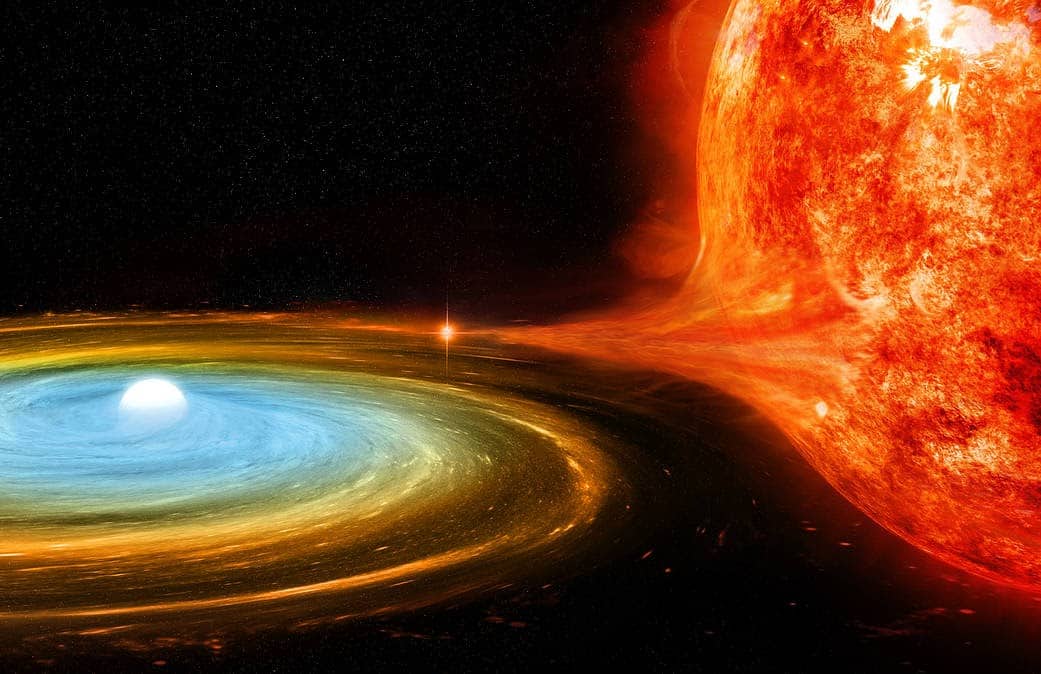