How to See Venus Through a Telescope

Seeing Venus with a telescope is not at all tricky.

It is the brightest object in the night sky, after the moon, so finding it – when it’s visible – is not hard. In this article, we’re going to show you when and where to look for it, and what you can see of Venus when you point your scope at it.

Venus is said to be Earth’s sister because Venus is a terrestrial planet of similar size and proximity to Earth.

However, while our home planet sits lush, fertile, and brimming with oceans and various forms of life, Venus is the hottest planet in the solar system. Its barren wasteland of rock and lava flows with atmospheric temperatures that can melt lead.

The carbon dioxide surrounding the planet has caused a runaway greenhouse effect as it traps the heat from our sun within the planet’s atmosphere. The resulting temperatures can hover around 900°F on its dry, rocky surface.

Why is Venus So Bright?

While Venus is a sight to behold in the night sky, it is perpetually covered in the thick clouds of its atmosphere. These clouds reflect over two-thirds of the sunlight hitting their surface.

The positive side of this brightness, which can reach an apparent magnitude of -4.9, and never dimmer than -3.0, is that you can’t fail to find the planet when it’s out.

The downside of all that thick cloud is that it’s impossible to see any surface features on Venus. What we can observe is the waxing and waning disc, which we’ll come back to in more detail, shortly.

When Is Venus Visible?

Venus is almost exclusively seen as either a morning or evening ‘star’. It is closer to the sun than we are and so, on its journey around our star, we can only see it when it is off to the side of the Sun from our perspective.

The effect of that is to place Venus always quite close to the Sun – but not as markedly as little Mercury – so we either see it low over the horizon towards the east before sunrise or towards the west after sunset.

In 2022, Venus spends most of the year as a morning planet. It starts January too close to the Sun to be viewed but reappears in the morning before sunrise during February.

Venus reaches greatest elongation – its furthest from the Sun in our sky – on 20 March. If you like more detail for each month of this year, then use our guide to seeing Venus 2022 (opens a new tab).

How to Find Venus in the Night Sky

As you’ve just read, there is plenty of opportunity to see Venus in the night sky this year, particularly in the second half of the year.

Here’s our guide to getting the best of Venus in 2022.

Step 1 – Is Venus in the Sky Tonight?

Venus is a morning ‘star’ for most of the year after it first becomes visible in February.

We’ll be able to see it as high as 15° above the horizon in March about an hour before sunrise, but we get good viewing until it moves too close to the sun once more in October. Our last chance to glimpse it in 2022 comes after the sun sets on a December evening.

(If you are new to measuring angles, take a look at our article on how to make measuring degrees simple by using your hands.)

For precise details on where to find Venus for your location and time of observing, use the free software Stellarium, or SkySafari 6.

Step 2 – Finding Venus Without A Telescope

For Venus, this step is easy. Venus is the brightest object in the night sky after the Moon.

Most of this year, it can be found low on the eastern horizon at least half an hour before sunrise. You shouldn’t mistake it for any other object because it is simply so bright.

Once you think you have it, go to the next step for confirmation, which can be done with a telescope or a decent pair of astro binoculars.

Make sure (beforehand) that you’ve aligned your finderscope with your telescope. Next, put a medium-low magnification eyepiece in your scope.

Center the bright ‘star’ you located in step 2 in the middle of your finderscope and take a look at it through your main telescope.

If what you’ve found is a regular old star, it will still look like a point of light through your eyepiece. However, if you’ve got Venus in view, it will appear as a definite disc.

In fact, it will appear as a crescent, much like the moon. We only ever see phases of Venus and that’s because we always see it off to one side of the sun. When it is directly in front or behind the sun, we can’t see it because the sun outshines it.

The image below gives you a sense of what you should expect to see of Venus in your telescope.

Congratulations on seeing Venus with your telescope! Experiment with different magnifications to see what detail you can tease out.

Targets to Look For When Observing Venus With a Small Telescope

We’d love this section to be full and exciting but, sadly, that’s not the case with Venus.

The planet has no moons and, although it is bright and nearby, there are no features to see in its cloud cover and no surface features to glimpse through the clouds.

The one thing we do have is crescent phasing.

It can be fun and interesting to catalog and view it between its various phases. If you take the time to do that, the one thing that becomes evident is that the closer the planet gets to us, and so brighter, its crescent gets thinner and thinner, creating a spectacular sight in a magnifying eyepiece.

The picture below gives a sense of what Venus looks like through a telescope.

Venus is our sister planet in size and proximity, but she is a hot, cloudy, featureless body. Find out more about why Venus is so hot, here.

This makes for easy identification because the planet is large and bright, but it reveals little to us in the telescope.

The one thing we can observe and track is its changing phase as Venus orbits around the Sun inside our own planet’s path. 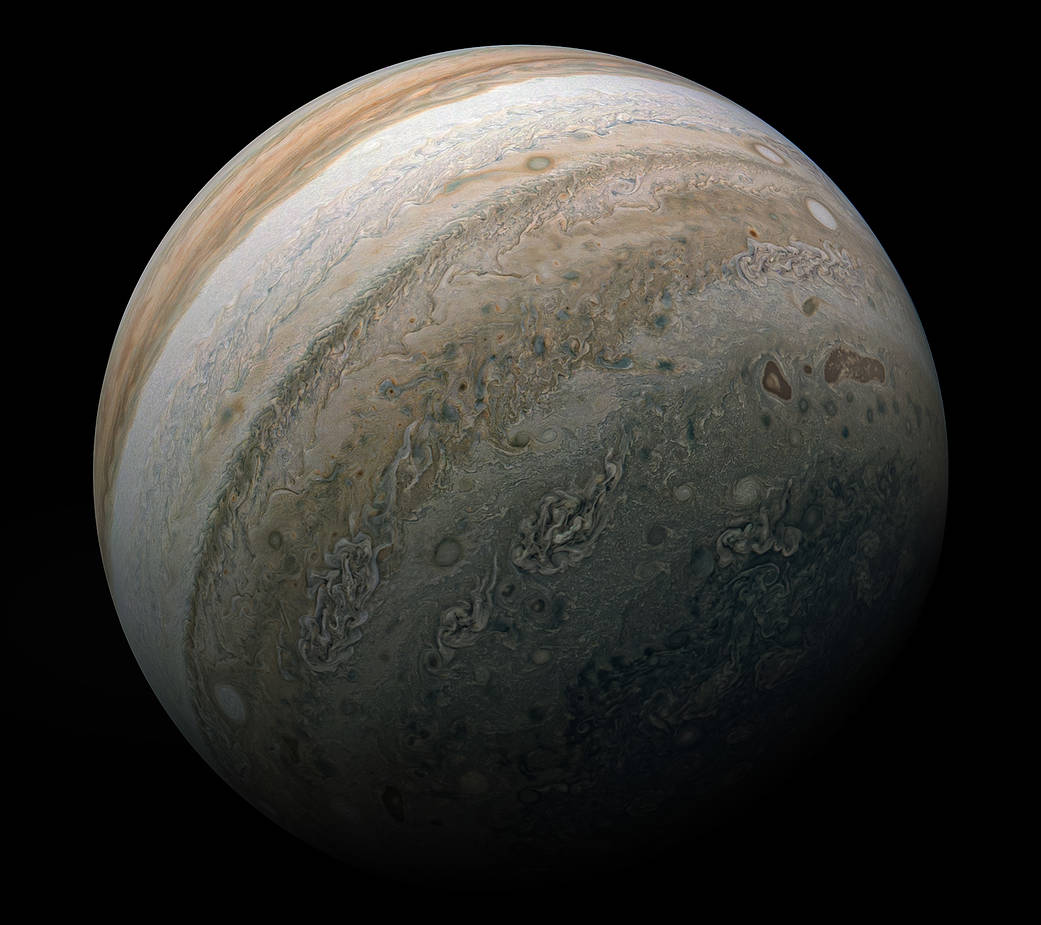 How to See Jupiter Through a Telescope