Jupiter and its system can easily be thought of as a solar system of its own. With a total of 79 known moons, Jupiter’s world is rich with celestial bodies of varying sizes, features, and behaviors.

This guide will walk you through why Jupiter has so many moons and how they came to be. We will then explore in detail the four Galilean moons: Io, Callisto, Ganymede, and Europa.

Tucked inside each of these moons are secrets that are just being discovered, thanks to a handful of dedicated spacecraft and their missions.

Observing them is challenging yet rewarding, as you will see further ahead in the guide to Jupiter’s moons.

Finally, we will also shed some light on the recent research that is hinting at the possibility of life on Jupiter’s moons, especially Europa.

By the end of this post, you will be equipped with knowledge about Jupiter and its major moons, as well as how to observe them from nearly 400 million miles away.

How Many Moons Does Jupiter Have?

There are 79 moons in total, that we know of, orbiting the giant planet Jupiter. Out of these, 53 have official names, and the remaining 26 await one.

However, it is important to remember that as our telescope sensitivity improves, this number changes frequently. Twelve new moons were discovered in 2018 alone.

Defining what makes a Jovian moon is important because Jupiter has rocks and debris of varying sizes circling it. Only those that are at least a kilometer across are identified as its moons.

The tiniest known moon around Jupiter is S/2010 J 2 at just 2 kilometers wide, whereas its biggest moon is Ganymede at 2,631 kilometers across.

Why Does Jupiter Have so Many Moons?

Jupiter has so many moons because it is the largest and the most massive planet in our solar system. Due to this mass, it has a high gravitational pull and attracts a large number of satellites. Those satellites over 1km wide are large enough to be called moons.

With so many satellites and space debris circling Jupiter, collisions between them are inevitable. With time, moons, rocks and space dust coalesce into bigger objects leading to a lesser number of satellites.

How are Jovian Moons Made?

There are two types of moons orbiting Jupiter, those formed from coalesced debris, and those captured by Jupiter’s gravity.

Similar to Earth’s moon, most of Jupiter’s moons are debris coalesced to large enough sizes to form the moons seen today. These moons spin in the same direction as Jupiter, hinting that they were formed from leftover debris from Jupiter’s formation.

However, there is another set of moons orbiting Jupiter in the outermost regions of its ring. These moons are in a retrograde orbit, meaning they spin in a direction opposite to Jupiter’s rotation.

This is a strange phenomenon, suggesting that the moons were created not in situ, but were captured by Jupiter’s enormous gravity.

Have Any Spacecraft Visited or Photographed Jupiter’s Moons?

While spacecraft have not landed on any of Jupiter’s moons yet (although missions are planned), there have been several visits and flybys which have captured hundreds of photographs and a wealth of scientific data.

Pioneers 10 and 11, and Voyagers 1 and 2 were the first batch of spacecraft to fly by Jupiter. It is because of Voyager 2 that we know one of Jupiter’s moons, Europa, has a cracked surface, unlike any other moon.

The spacecraft also traveled close to all four of Jupiter’s biggest moons. Galileo spacecraft flew as close as 162 miles to the moons’ surfaces.

A few others clicked pictures on their way to other targets, such as New Horizons on its way to Pluto.

While each spacecraft was on a separate, well-defined mission, all of them sent incredible pictures back to Earth. These pictures were then analyzed to reveal Jupiter and its moons’ features.

In 1610, Galileo Galilei observed the first celestial bodies known to orbit a planet other than Earth. These were Jupiter’s four biggest moons: Io, Europa, Callisto, and Ganymede.

They came to be known as the Galilean Moons, in honor of their discoverer. Perhaps the most fascinating fact is that Galileo observed them from a homemade telescope!

All four moons are quite large, easily observable, and orbit Jupiter around its equator. These are a great target for backyard astronomers because they can’t be seen with the naked eye but are easily distinguished with even a cheap telescope or binoculars, as we’ll discover below.

Io, Europa, and Ganymede have layered structures similar to Earth (a core, mantle and a crust), whereas Callisto’s less defined surface is still being explored.

Although the former three moons orbit at vast distances, they affect each other via gravity. Although all moons are tidally locked to Jupiter, each one is a fascinating world of its own, as we will soon see.

We are starting our list with the most volcanic moon in the entire solar system. Io is also Jupiter’s innermost moon and has a short orbital period of 1.7 Earth days.

Due to its closeness to Jupiter, Io experiences significant gravitational pull from the gas giant, as well as from Europa and Ganymede. These forces are so strong that tides as high as 300 kilometers are visible on Io’s solid surface.

Volcanoes on Earth are caused by internal heat which is partly left over from the planet’s formation – it takes a long time for a body of molten rock as big as Earth to solidify – and partly from radioactive materials in the crust.

Io is much smaller than Earth and cooled a long time ago, so the heat powering its volcanoes must be caused by a different mechanism.

In fact, the source of heat in Io is from the rocky tides caused by Jupiter and its moons’ gravitational pulls. The constant contracting and relaxing of the moon’s surface generates tremendous heat through friction.

The result of this is that, unlike most celestial bodies that have frozen surfaces of ice, Io’s surface is silicate rock and rich in sulfur, causing its distinctive yellow appearance.

Although the smallest of the four Galilean moons, Europa is nearly 90 percent the size of our moon. At nearly 671,000 kilometers distance from Jupiter, Europa takes roughly 3.5 Earth days to orbit the massive planet.

Similar to many of Jupiter’s moons, Europa too is tidally locked to the gas giant (like our Moon) such that only one side faces Jupiter at all times.

From its craters, Europa seems to be quite young in geological terms. Due to this and its salty oceans similar to Earth, Europa sparked much interest in the search for extraterrestrial life, as we will see in the next section.

Not only is Ganymede our solar system’s largest moon, but it is also the only moon to generate a magnetic field. It is extremely rare for moons to do this since their sizes are too small and their cores too cold to generate a field.

Ganymede’s surface is very similar to Europa’s in that it is covered with water ice.

The moon orbits at nearly one million kilometers from Jupiter and takes seven Earth days to complete a revolution. Even though it is Jupiter’s biggest moon, Ganymede still experiences gravitational stresses and strains from Jupiter’s other large moons. These are seen as grooves on its surface.

Of the four Galilean moons, Callisto, Jupiter’s outermost moon, is the only one that orbits at such a great distance that it does not interact gravitationally with any other moons.

It resides at a distance of 1.9 million kilometers from the gas giant and orbits it nearly every 16 Earth days.

Similar to Io, Callisto’s surface is rife with craters and volcanoes, hinting at asteroid impacts. Like Europa, Callisto too is theorized to harbor a liquid salty ocean beneath its surface.

How to Observe the Galilean Moons

Perhaps the best part about the Galilean moons is they are so large that they can be seen from ordinary binoculars. The simplest binoculars of today are much more advanced than Galileo’s telescope when he first saw them.

From Earth, the Galilean moons look like tiny dots of light. To distinguish which light corresponds to what moon, remember their order from the innermost: Io, Europa, Ganymede, and Callisto.

Even then, it might be difficult to guess which ones you are looking at because you can often only see three of them. When this happens, the missing one is behind the planet.

Knowing where the moons are at the time of your observation will make identifying them much easier. Astronomy magazines often carry guides to the timings of their orbits, and this page from Sky & Telescope magazine lets you put in a date and time to see where the Galilean moons are.

Once you spot Jupiter in tonight’s sky (it is the brightest planet after Venus), point a telescope its way and you’ll readily see any visible Galilean moons. All four of them have orbits parallel to Jupiter’s equator, which will give you a rough idea of where to look.

The Galilean moons’ orbit takes them in front of Jupiter from our perspective. As astronomers, we have two targets to search for, the moon itself passing across Jupiter’s bands or their shadows, which are easier to see.

During a moon’s transit across the face of Jupiter it is very yard to see, especially in a smaller telescope, because they are both Jupiter and the transiting moon appear as bright spots of light.

However, the moon casts a shadow on the Jovian surface as it passes over it and these shadows are much easier to see from Earth because of their contrast.

Transits occurring on or near Jupiter’s surface last up to three hours. Use the Sky & Telescope page to plan your viewing times or software such as Stellarium (free) or SkySafari 6.

Is there Life on Jupiter’s Moons?

Among all of Jupiter’s moons, the possibility that life might exist is limited to its four Galilean moons. The rest of the gas giant’s moons are not thought suitable because of their size and geological/environmental conditions.

Io is extremely volcanic, eliminating the possibility of life on its surface. Its atmosphere is much thicker than Earth’s, which is why some scientists believe that there might be life under the surface, where organic molecules might have a chance to exist.

Ganymede is a healthy possibility due to its magnetic field, which helps retain its atmosphere. While there aren’t any active missions focusing on Ganymede, scientists have surmised that beneath its 150-kilometer surface, salty oceans are present, which in turn serve as a starting point for life as we know it.

The word is not out on Callisto yet, since it is so far away from Jupiter that the gas giant’s radiation does not affect its atmosphere. On the flip side, Callisto might be too cold to support life.

Whenever scientists speak of looking for life on Jupiter’s moons, most of the time they refer to life on Europa. Europa is thought to have salty oceans beneath its icy crust.

Interestingly, the water is theorized to be warm due to Jupiter’s gravitational flexing of Europa’s crust. As we saw above with Io, this creates enough friction to warm the surface and melt ice. NASA is planning dedicated missions to explore this further.

Jupiter and its moons are interesting to know about and fascinating to observe.

Although the Galilean moons appear to be just specks of light in the night sky, these are intriguing worlds, each very different from the other.

Observing them, as we learned, is an interesting challenge. On one level, seeing them is easy with any optical aid. However, if you require a deeper challenge, spotting moon and moon shadow transits is great fun. 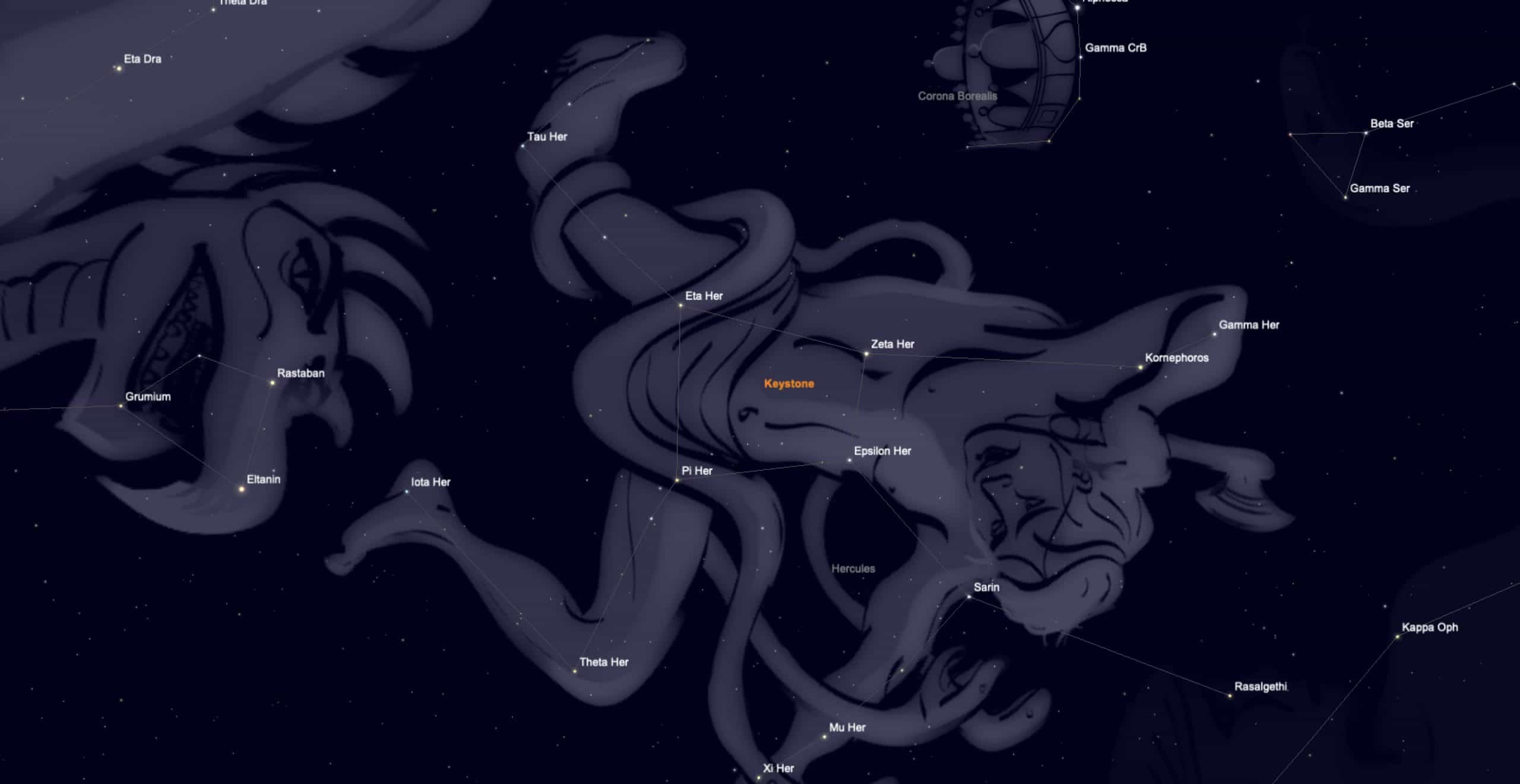