The Moon is a well-visited place because it is our closest neighbor in space: it is where Apollo astronauts made history as the first humans to walk on another celestial body.

The Moon has also witnessed numerous missions. 40% of them failed. But, every mission taught us more about the Moon, its history, and how humans can visit it more often.

This article gives you an in-depth look into the Moon landings till date, the Apollo missions, the space vehicles, and the current and future countries in the captivating race to the Moon.

How Many Moon Landings Have There Been?

Quick Answer: Out of the 133 attempted missions to the Moon, 15 were hard landings, 17 were soft landings, and the rest were partially or fully unsuccessful. A hard landing is one that was uncontrolled, i.e. little or no deceleration before touchdown.

NASA’s fact sheet states that 40% of total Moon missions failed either during launch errors, errors while the spacecraft was in orbit, or when it crash-landed onto the lunar surface rather than softly touching down.

Luna 15, which was Soviet Union’s effort to bring home lunar samples, is thought to have crashed into a lunar mountain after it stopped transmitting a few minutes into its descent.

NASA’s Surveyor 4 in 1967 was meant to photograph the lunar surface for upcoming crewed Apollo missions. It stopped transmitting 2.5 minutes before its soft landing and crash-landed.

There have been many failures, but many missions have been successful too.

12 astronauts landed and “moonwalked” as part of NASA’s Apollo program.

A total of 11 flights occurred from 1968 to 1972, first four of which were uncrewed to prepare for upcoming seven crewed flights.

Of the planned 7, only 6 manned missions actually landed on the Moon while one mission (Apollo 13) had to be aborted.

Humankind hasn’t returned to the Moon since the Apollo missions over half a century ago. To date, the successful Apollo missions reflect humankind’s highest accomplishments and potential in space exploration.

Purpose: This mission was the fifth Apollo mission (the first four were test missions without landings).

Outcome: Astronauts launched in a Saturn V rocket on July 16, 1969. Once in lunar orbit, Michael Collins remained in the orbiter while Neil Armstrong and Buzz Aldrin entered Eagle and successfully landed in Tranquility Base on July 20, 1969.

Neil Armstrong was the first human to walk on the Moon. Buzz Aldrin was second.

While on the lunar surface, both astronauts collected 21.5 kg lunar material to be brought back to Earth. They also planted the U.S. flag.

Purpose: Apollo 12 was a second successful crewed landing on the Moon, during which Charles Conrad and Alan Bean performed two moonwalks while Richard Gordon remained in the orbiter.

By landing exactly as planned a few meters from Surveyor 3, Apollo 12’s success proved that precise landings were possible.

Astronauts of this mission also carried the first color television camera to the Moon, but Alan Bean accidentally pointed the camera toward the Sun while setting it up, and all transmission was lost.

During the second moonwalk, astronauts went to Surveyor 3 and removed certain parts to be returned to Earth.

Most of their time was spent in deploying and troubleshooting the Apollo Lunar Surface Experiments Package which contained scientific instruments meant to work autonomously once the astronauts left.

The astronauts landed safely on November 24, 1969.

Purpose: The third set of astronauts to perform a successful crewed mission to the Moon. Apollo 14 was the first to land in the highlands.

The mission was initially delayed for one year due to investigations and changes in spacecraft made after Apollo 13’s failure.

Apollo 14 itself came very close to being aborted due to issues in docking mechanism and landing, but Alan Shepard and Edgar Mitchell successfully landed in Apollo 13’s original landing site, Fra Mauro.

Stuart Roosa remained in the orbiter to click pictures of the Moon, Earth and potential target sites for the Apollo 16 mission.

He also had 500 seeds that the U.S. Forest Service had given. Those seeds remained in orbit and germinated into “Moon trees” which are now planted across the US (but aren’t different from Earth trees even after 50 years).

Alan Shepard and Edgar Mitchell performed two moonwalks during which they collected 42.8 kg worth of moonrocks to bring home.

They also deployed their own Apollo Lunar Surface Experiments Package similar to Apollo 12, with seismometers to calculate moonquakes.

Apollo 14 is most fondly remembered for Alan Shepard’s mini-golf session.

The astronauts landed safely on Earth on February 9, 1971.

David Scott and James Irwin landed onto the surface while Alfred Worden remained in the orbiter. Scott and Irwin also deployed and used the first Lunar Roving Vehicle, which is popularly known as “Moon Buggy”.

With this vehicle, the two astronauts were able to travel farther than previous missions. They spent a total of 18 hours and 30 minutes on the surface during which they collected 77 kg of lunar material to bring home.

One of the rocks was the Genesis Rock, which is younger than the Moon and is theorized to have formed after the Moon’s crust solidified. The rock is now at a laboratory in Texas.

Apollo 15 is also known for Scott’s famous experiment in which he dropped a hammer and a feather for a live demonstration for Earthlings.

The fact that both items fell onto the lunar surface at the same time proved Galileo’s theory that in the absence of air resistance, objects released from the same height drop at the same rate irrespective of their masses.

The astronauts returned safely to Earth on August 7, 1971.

Purpose: The fifth crewed mission. Young and Duke landed on the lunar surface while Mattingly remained in the orbiter.

The landing site was Descartes Highlands, the site photographed during the Apollo 14 mission. This site was chosen to allow the astronauts to collect older samples than what were collected in the previous missions.

During their 71 hours and 3 moonwalks on the lunar surface, Young and Duke gathered 95.8 kgs of lunar material, part of which is the Big Muley — the biggest rock collected of all Apollo missions.

Lunar material from this site disproved a long standing theory that the highlands originated from volcanoes.

Purpose: The sixth and final set of astronauts as part of the Apollo missions to land on the Moon.

Apollo 17 remains the most recent crewed landing on the lunar surface. In fact, this mission carried not only the astronauts but also 5 mice for biological experiments!

This mission made history for many reasons. First, Cernan and Schmitt collected 110kg of lunar material — the highest amount in the entire Apollo program.

The astronauts also spent 6 days and 4 hours in orbit, setting the record for the longest time. Moreover, the astronauts set a record as they drove the third “moon buggy” for 22 hours and 4 minutes.

All astronauts and mice returned safely to Earth on December 19, 1972.

Apollo 13 — The Most Famous Failed Mission

What was supposed to happen:

Apollo 13 was meant to be the third crewed mission to land on the Moon as part of the Apollo program. Their designated site was Fra Mauro.

One of the two oxygen tanks exploded after 55 hours 55 minutes (a little over 2.2 days) into the mission, causing the astronauts to abort the landing and return home.

Why the issue occurred:

What the astronauts did to return home safely:

The mission is deemed as a “successful failure” because new protocols were drafted and executed in record time of 3 days, a sharp timeline compared to the usual necessity of 3 months.

Saturn V was 363 feet tall, 33 feet wide and weighed 6.5 million pounds when filled with fuel. Saturn V is so tall that it takes a full 12 seconds to clear the tower during liftoff. This rocket, till date, holds the record for the most powerful rocket.

Its initial design was crafted to send 90,000 pounds to the Moon, but upgrades for the last three Apollo missions increased that capacity to 107,000 pounds.

The rocket had three main parts as well: The Command Module, Service Module and Lunar Module.

From bottom up, the Lunar Module went in first on top of which service module sat. The command module came on top. Only the launch escape system meant to remove command and service modules during emergency sat on the very top of the rocket.

How the Apollo Space Vehicles put Astronauts on the Moon

How Did the Astronauts on the Moon return to orbit?

The lunar module in which astronauts landed itself is made of two parts: the ascent stage and the descent stage. The descent stage’s thrusters and engines were used to land on the lunar surface, but for an astronaut’s return, it is useless.

The ascent stage has engines of its own. This stage burns for nearly 7 minutes to return to the lunar orbit, but it hasn’t docked with the orbiting command module yet.

The ascent stage takes at least 2 orbits and over 3 hours around the Moon to get closer to the command module. The two eventually dock and return on a free trajectory toward Earth.

However, the Orion spacecraft that NASA might use in future crewed missions, follows the same basic design of structure and heat shields from the Apollo program.

Where Did the Landings Happen?

How to see Apollo Landing Sites on the Moon

All Apollo missions landed near major craters on the lunar surface.

Humans haven’t returned to the Moon since the Apollo missions, but it is very close to becoming a much busier and crowded space in the next decade.

NASA’s Artemis mission aims to land humans on the Moon by 2024.

Russia is shooting for a Moon landing in 2030 (test crewed flights are aimed for 2029).

China’s Chang’e 5 was the country’s first successful lunar sample return mission. The country is now aiming to build a station on the Moon by the end of this decade.

Countries such as South Korea and Japan are joining the race with probes, orbiters, landers and rovers of their own.

These are all each country’s official space agencies. Private space companies such as SpaceX, Blue Origin and Virgin Galactic have their eye on the Moon too.

Contracting companies such as Astrobotic are being awarded millions of dollars to support NASA in its lunar journey.

SpaceX’s missions are not planning to land on the Moon (yet), but are offering trips around the Moon and back as part of space tourism.

Humans have invested a lot of technology in building instruments to send to the Moon. Although 40% of the missions failed, the successful ones provided ample knowledge about the Moon and its past.

Half a century after the historic Apollo missions, this knowledge is once again being used to send humans to the Moon. The USA, India, China, Russia, Korea and Japan are currently in the lunar race. 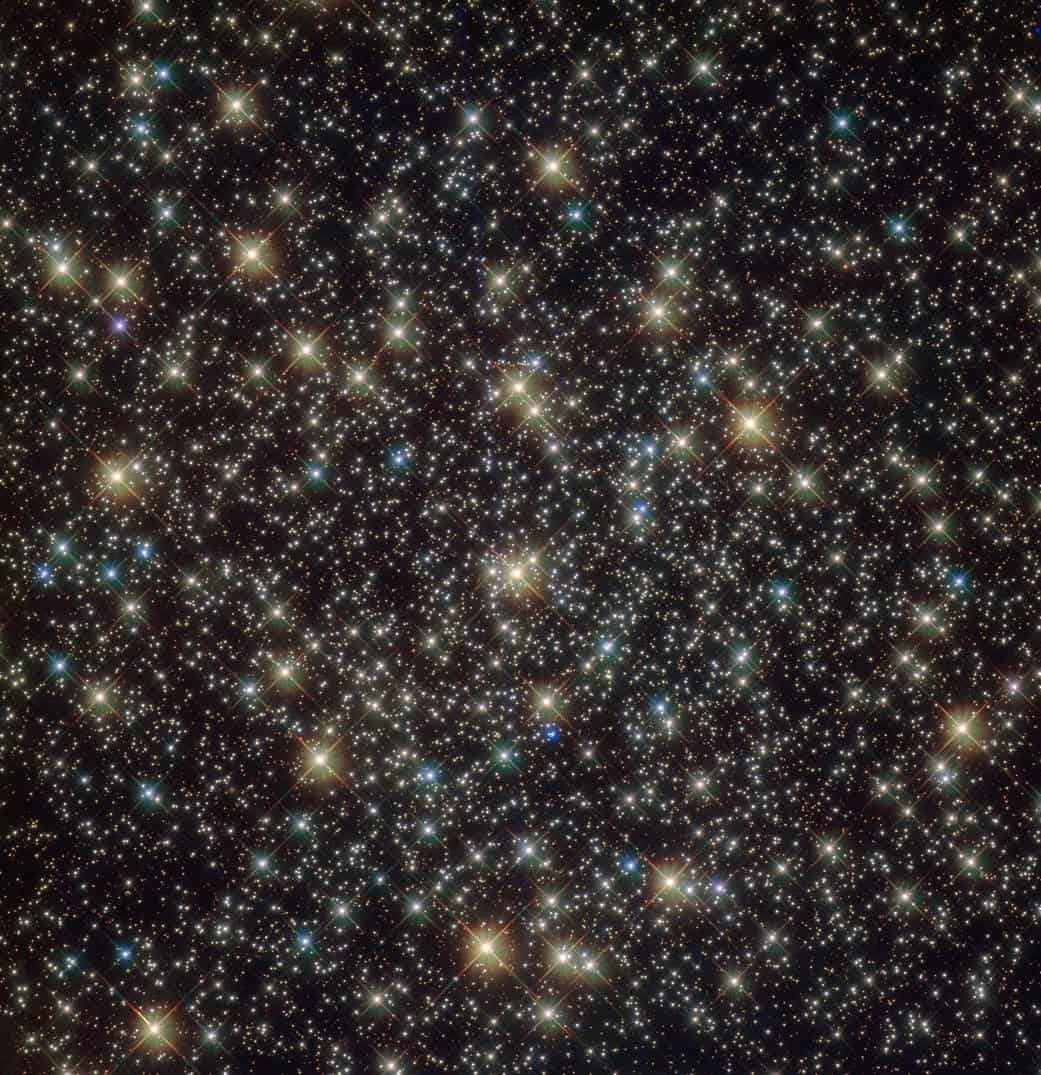 What are the Biggest Stars?