With a total of five eclipses lined up, 2019 is going to be quite an eventful year for astronomy enthusiasts! This post will guide you through the solar and lunar eclipses this year, why they occur the way they do, and the best places to watch them.

What is a Solar Eclipse?

Solar eclipses are proof that day time astronomical events can be as beautiful as the night ones. Solar eclipses occur when the Moon’s orbit places it right between the Earth and Sun, an alignment called syzygy (pronounced SIZ-eh-gee).

In doing so, the moon blocks out the sunlight and casts a shadow onto Earth, causing observers on our planet to see the sun obscured. It happens due to a perfect coincidence of size and distance. The moon is 400x smaller than the sun, but is also 400x closer to Earth. This serendipity makes the lunar disc exactly the same size as the solar one from our perspective.

A solar eclipse begins when the moon makes its first contact, touching a limb of the sun and seeming to take a bite out of the perfect solar circle of light.

As the partial eclipse progresses, this bite will gradually grow until the Sun is only a narrow crescent in the sky. Ten-to-fifteen minutes before totality occurs is when things begin to change.

There is a noticeable drop in brightness, the shadows grow sharper on the ground, and the sunlight will look strangely different, almost like you’re wearing shades.

A few seconds before the moment of totality, the last vestiges of sunlight peep through valleys between mountains on the Moon, causing the light to break into a thin string of beads, called Baily’s beads.

When totality hits, we instantly see our first glimpse of Sun’s corona, leading to the famous “Diamond ring effect.” This is the stage where darkness happens too, making the brighter stars and planets visible.

While the entire eclipse, from first to last contact, lasts anywhere between one to three hours, totality itself lasts only for 2-5 minutes. All too soon Baily’s beads and the diamond ring will be visible once again as the moon begins to uncover the sun and the total solar eclipse reverts to a partial solar eclipse.

Why is A Solar Eclipse Not Visible Across The Whole Planet?

The Moon’s shadow is only a few hundred miles across; which is not large enough to cover the entire Earth and is the reason solar eclipses are seen only in certain parts on the planet.

These places do not always see an eclipse either. Since the Sun, Moon, and Earth are in constant motion in slightly elliptical orbits – Earth rotates around its axis while the Moon orbits the Earth, their geometry changes with every eclipse as well. This makes it very rare for the same point on the surface of our planet to see consecutive solar eclipses.

In every eclipse that occurs, there are two shadows cast by the Moon. If you stand inside the path of the umbra – the innermost shadow, the Sun will be blocked entirely by the moon. If you are outside the umbra but inside the larger eclipse area, the Sun is seen partially eclipsed, which is known as a partial solar eclipse.

The only total solar eclipse of this year will start at Oeno Island in the South Pacific Ocean, glide towards Chile, cross the Andes before heading back to the Atlantic Ocean.

Totality – the time when Moon aligns with the full disk of the Sun, turning day into night, will last up to 4 minutes 33 seconds. While it is not as extensive as 2017’s coast-to-coast total solar eclipse, this year’s totality will be visible over Chile – mainly in the Coquimbo and Atacama regions, and Argentina.

However, since the eclipse will begin over the Pacific, both the points of greatest eclipse (19:24:08 UTI) and greatest duration (4.5 minutes) are hundreds of miles away from civilization. A 3D view of the eclipse visibility can be seen here.

An unusual circumstance is that sunset at Chile coincides with the eclipse’s end of totality, which also happens to be the time when it makes landfall. Different parts of South America will witness a partial eclipse that starts at 12:55 P.M. EDT.

It occurs 7 days before Moon reaches apogee, which is its farthest point from Earth. Due to this, the Moon will appear to be smaller than usual and not large enough to cover the entire solar disc. Instead, a ring of sun (annulus) remains visible around the black shadow of the moon and we have an annular solar eclipse.

The sun’s outer corona will be visible all this while, forming the famous “ring of fire.” The first location to witness this will be Saudi Arabia, where the eclipse begins at sunrise and lasts a full two minutes and 58 seconds before crossing the Arabian Sea before moving on to breeze past India and The Philippines. Beyond the Philippines, only the U.S. territories Guam and Rota islands fall under this eclipse’s spell.

At the point of maximum eclipse, it will last 3 minutes and 40 seconds. Even at this maximum point, the sun’s disk is still visible. As a result, neither the sun’s corona nor the diamond’s ring can be seen. Click here to see if the eclipse is visible in your city.

What is A Lunar Eclipse?

Another outcome of syzygy is when the moon inserts itself into Earth’s shadow, i.e. the Earth falls directly between the moon and the sun. Since our planet blocks sunlight from landing on the moon, the only light from the moon will be sunlight that passes through Earth’s atmosphere, lands on the moon and reflects back towards Earth.

This circumstance creates a lunar eclipse, and these are more common than solar eclipses. They are also visible from a much larger part of the globe than for a solar eclipse, because it is the planet we stand on that creates the shadow.

During this eclipse, the moon will enter only a part of Earth’s umbral shadow (the darkest), leaving the rest of it open to sunlight. You can see a warm orange glow throughout the eclipse.

This partial lunar eclipse occurs four days before Moon reaches apogee, due to which the moon’s apparent size will be 4.5% smaller than average.

The entire eclipse happens for a total of 5 hours and 34 minutes and will be visible from Africa, which also happens to witness the moment of greatest eclipse at 21:30:45 UTI.  At this peak, 65% of the moon will be in complete darkness.

Europe and Asia will observe the eclipse just before sunrise (moonset), when the moon will be leaving the umbral shadow at 22:59:42 UTI, marking an end to the partial eclipse.

The moon makes its last contact with penumbral shadow at 00:17:41 UTI, denoting the end of the total phase of the eclipse.

While this post is meant to equip you with knowledge of when the eclipses occur, you cannot completely prepare for the splendor of these cosmic coincidences.

Eclipses give you a chance to watch the solar system at work right in front of your eyes; of the Moon around Earth and Earth around the sun.

Irrespective of how many times you have seen it, the awe when an eclipse begins, the regret when it ends all too soon, and the ecstasy of witnessing it all cannot be jammed into strings of words. You can only experience it and store the bittersweet memory till the next one comes rolling in. 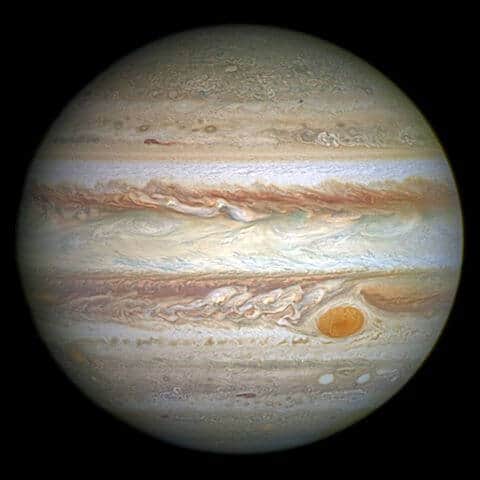 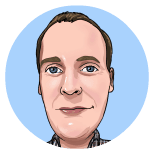 I'm the astronomer behind Love the Night Sky.

Would you like my help to see the wonders of the night sky, like planets, gas clouds and galaxies?

Yes, please
No, thanks