What are the Differences Between Uranus and Neptune?

By Sharmila Kuthunur
|
4 minutes
Home »Astronomy »What are the Differences Between Uranus and Neptune?

Uranus and Neptune are often put into the same group because they are similar to each other, which is true to some extent.

Both are ice giants at the far end of our solar system, they are almost the same size and color. Even their atmospheres have the same elements: hydrogen, methane, and helium, and their mantles consist of water, ammonia, and methane as well.

While it is easy to see them as ‘twins’, there are also many differences between the two planets. Most of them were shaped early on in the planets’ formation.

Let’s travel back in time to see what those differences are and how they influence the planets that we see today.

There is nothing easier than visualizing the differences in a table, the bigger or larger number is underlined:

As you can see, there are differences between the planets but they don’t all swing in one direction. There are measurements that Uranus wins and those which Neptune wins. They are most similar when it comes to diameter; less than a hundred miles separates the two planets.

Differences Between Neptune and Uranus

The sister planets, Uranus and Neptune, are similar in that they are both ‘ice-giants’ (the only ones in the solar system), but the differences between them trace back to their evolutionary history.

The Axial Tilts of Uranus and Neptune Compared

Neptune is tilted at 28.5 degrees, which is not very different from Earth’s 23.5 degrees.

On the other hand, Uranus is literally ‘lying on its side’ because of its 97.77 degrees tilt. This has severe impacts on Uranus’ climate. Sunlight shines directly onto one of the planet’s poles, heating up one side while the other is cast into a 21-year-long winter.

Triton is Neptune’s largest moon. It is also the only large moon in the solar system to rotate in a direction opposite to that of its host planet.

Neptune is thought to have captured the moon millions of years ago, which is possibly why Triton’s orbit is inclined a steep 157 degrees to Neptune’s equator. Neptune’s other moons are in the same plane as the planet’s equator, hinting that they were formed from leftover material from Neptune’s formation.

All planets, soon after their formation, begin losing heat back into space. This heat radiates from their cores and cools the planet. Neptune does that as well; it radiates 2.6 times as much energy as it receives from the Sun.

However, Uranus seems to have lost most of its heat when it tipped on its side due to a giant collision. The ice giant radiates less heat into space than it receives from the Sun.

Why Are They Different?

Both Neptune and Uranus suffered major impacts early in their history, and have experienced different evolutionary paths since then.

Neptune experienced a head-on collision with a celestial object, and this collision deposited extra energy into Neptune’s core, which is why it radiates nearly 2.6 times more heat than it receives from the Sun.

On the other hand, a different celestial object collided with Uranus in what’s called an ‘oblique collision’, in which two bodies brush past each other, but not without consequences. This collision tilted Uranus’ axis to almost 98 degrees off vertical.

Uranus also lost much of its heat during this time, which is why its core is not radiating significant heat.

Neptune and Uranus are often thought to belong to the same group. While both planets are ice giants, their histories and evolutionary paths diverged when each collided with another celestial body.

For Neptune, a head-on collision deposited more energy into its core than it originally encompassed, which it is now dissipating back into space. However, Uranus’ oblique collision tilted the planet on its side, due to which it lost most of its internal heat into space.

Tilts of the planets affect their weather. Neptune witnesses more moderate weather, but its 165-year orbit around the Sun leads to each weather stretching for 40 long years. Uranus’ tilt extreme tilt leads to extreme winters because only one pole faces the Sun at any one time.

Both planets are similar but also very different, as we have seen. Think about that next time you look at Neptune or Uranus through your telescope. 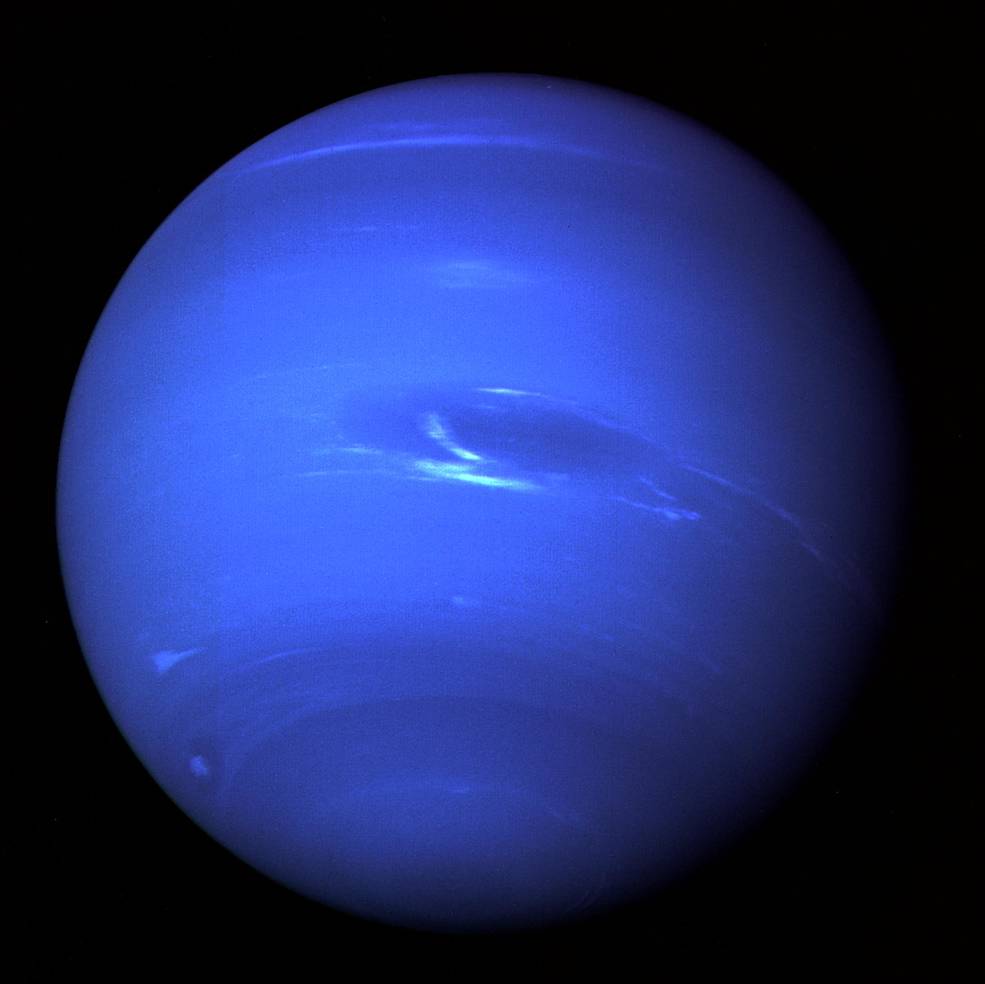 How Far Away is Neptune from the Sun and the Earth?