The Planet Uranus: Everything You Need to Know

By Sharmila Kuthunur
|
6 minutes
Home »Astronomy »The Planet Uranus: Everything You Need to Know

We know of terrestrial planets, and we have heard about the gas giants. In this article, we will learn about one of the two ‘ice giants’ in our solar system — Uranus. Why is it named an ice giant, and what makes it different from other planets?

We’ll also look at how Uranus is tilted to such an extreme that it is essentially ‘lying on its side’ as it revolves around the Sun.

Right from its discovery in 1781 to the more recent knowledge about its moons and viewing, this article is a deep dive into planet Uranus. It contains everything you need to know about the planet and how and when to view it and its moons.

Hang tight, we’re traveling to the far end of our solar system!

When was Uranus discovered?

Uranus was first discovered by British astronomer William Herschel on March 13, 1781. Herschel was routinely surveying stars when he noticed Uranus, which he initially mistook to be a star or a comet.

It was only two years later, with additional observations from another astronomer, Johann Elert Bode, that Uranus came to be officially accepted as a planet.

So far, only one spacecraft has visited Uranus. Voyager 2 traveled for nine years to reach Uranus and reached within 50,600 miles (81,500 km) of the planet’s cloud tops, after which it gathered information for just six hours.

Voyager 2 discovered 10 new moons, 2 new rings, and the fact that Uranus’ magnetic field is stronger than that of Saturn’s. The rest of our knowledge about Uranus comes from observations made from ground-based telescopes and the Hubble Space Telescope.

Uranus is an Ice Giant

Uranus, along with Neptune, is called an ‘ice giant’ because it differs in composition from its gaseous counterparts Jupiter and Saturn. While the gaseous planets are rich in hydrogen, more than 80% of Uranus’ mass contains water, methane, and ammonia fluids flowing above a solid, rocky core.

These elements are icy in nature, owing to the frigid temperatures on the planet, which is also why Uranus is called an ice giant.

Uranus’ size is between the sizes of terrestrial planets and the gas giants. At 31,518 miles (50, 723 km), Uranus’ diameter is four times bigger than that of Earth’s.

How Far Away is Uranus?

Uranus orbits the Sun at 1.8 billion miles or 2.9 billion km. At this distance, sunlight takes 2 hours 40 minutes to reach Uranus.

For more detail on how the distance of Uranus varies from the Sun and Earth on its orbit, click this link.

A year on Uranus lasts 84 Earth years, that’s how long the ice giant takes to orbit the Sun. It also rotates on its axis at a speed of 6.8 km/s, which means it takes 17 hours to complete one rotation about its axis — one day on Uranus lasts this long.

Why is Uranus Lying on Its Side?

Uranus is tilted by 97.77 degrees — the highest tilt of any planet (Jupiter is tilted by 3 degrees and Earth by 23). This tilt causes Uranus to be essentially ‘lying on its side’, so much so that its equator is projected now at right angles to its orbit.

Scientists believe that early in Uranus’s formation, an object similar to Earth’s size, or larger, collided with the planet, accounting for its tilt. This was around the time when Uranus was still surrounded by the gas and dust that would form its moons, so the impact also caused the moons’ orbit to be tilted from the planetary plane by 97.99 degrees.

The tilt has consequences for the planet. On Earth, our 23.5° tilt is what causes seasons to exist. As you might expect, this is even more extreme on Uranus.

On the tilted ice giant, sunlight shines directly onto the poles for a quarter of its orbit around the Sun, casting the other half of the planet into a 21-year-long winter.

How Many Moons Does Uranus Have?

27 known moons are orbiting Uranus, most of which are made of rock and ice. The planet’s five largest moons are:

Most of Uranus’s moons’ names are inspired by the works of Shakespeare and Alexander Pope.

Can I See the Moons of Uranus Through a Telescope?

Yes, but only two of its brightest moons — Oberon and Ariel, are easily visible with at least an 8-inch telescope. Uranus’s moons are tiny and dark, so spotting them will require absolute darkness and a good telescope.

Spotting its moons with the naked eye is not possible; the planet itself looks like a star and is only just visible at magnitude 5.6. However, an 8-inch scope in good conditions can reveal Oberon at a magnitude of 14.1 and Ariel at 14.4.

Does Uranus Have Rings?

Surprisingly, Saturn is not the only ringed planet in the solar system!

Uranus has 13 rings in total. They are believed to have formed 600 million years ago and are made of rocks and ice ranging in size from 20 cm to 20 meters in diameter. Complexity-wise, Uranus’s rings are simpler than Saturn’s rich and complex ring system but more complex than Jupiter’s system.

The rings are broadly classified into two sets. Nine belong to the innermost region, and there are two outer rings. The inner side of the outer ring is reddish in color, and the outermost is blue.

All of them are made up of dark material that makes them impossible to view, even through a large backyard telescope.

The Astronomer’s Guide to Uranus

Spotting Uranus with a telescope is not very difficult once you know where and when to look. It orbits the Sun at a distance of 19 times Earth’s distance, but can still be seen by the naked eye.

For full details of where to find it in the coming months, and when is best to see it, take a look at our guide to observing Uranus with a telescope.

Uranus, residing at the far end of our solar system, has only been visited once by Voyager 2. Most of our knowledge about this planet comes from the Voyager mission, but we are also learning from the Hubble Space Telescope and other ground-based observatories.

Uranus itself was discovered in 1781 by William Herschel, after which subsequent observations revealed the planet’s 13 rings and 27 moons. The five largest moons are Titania, Oberon, Ariel, Umbriel, and Miranda.

Note that Uranus itself is 19 times as far away from the Sun as Earth is, so excelling viewing conditions are a must for you to spot it. We hope our detailed guide to viewing Uranus is helpful as you plan your observations. 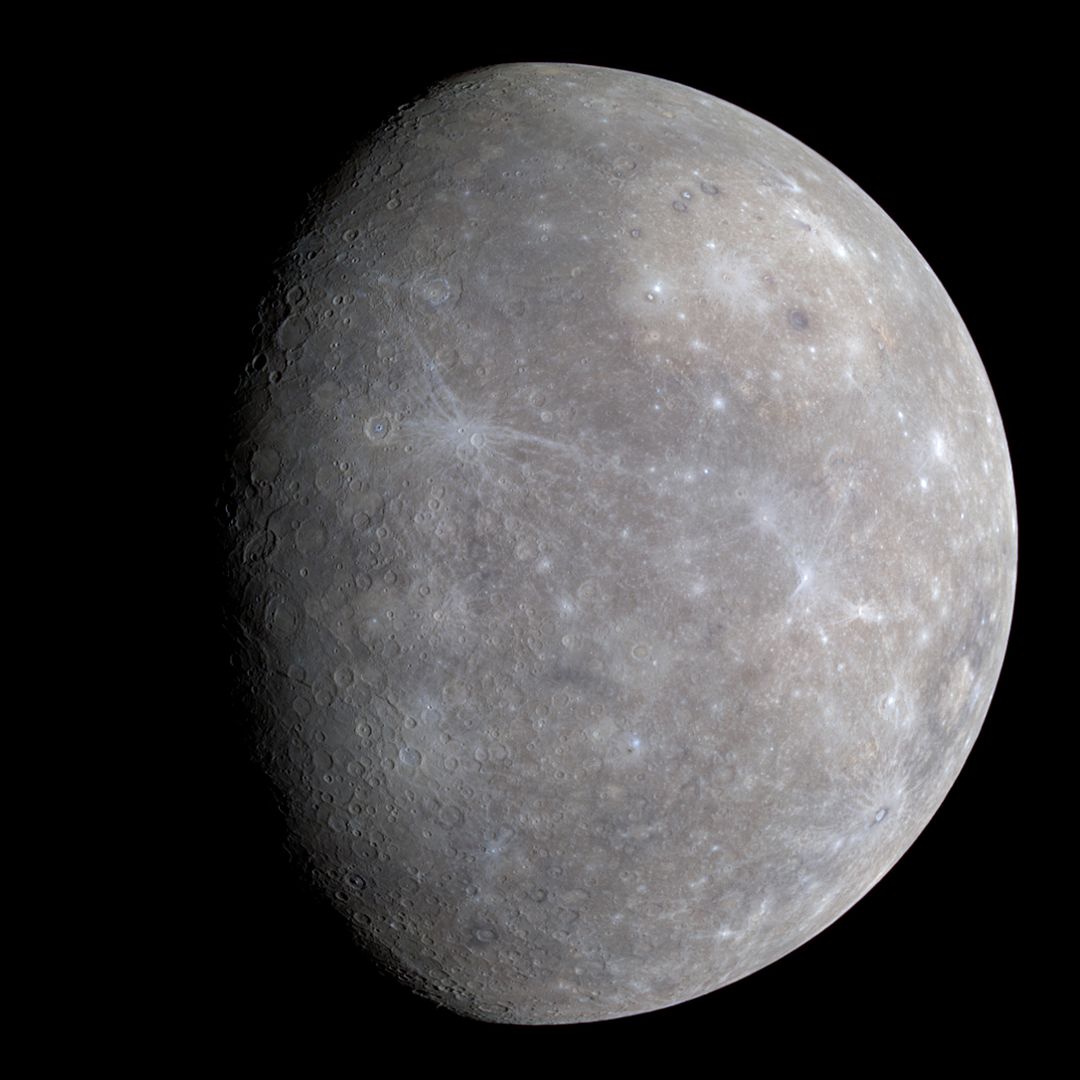 Why is Mercury Difficult for Astronomers to See?