What Color are Stars? The Astronomer’s Guide to Seeing a Stellar Rainbow

By Tanya C. Forde
|
8 minutes
Home »Astronomy »What Color are Stars? The Astronomer’s Guide to Seeing a Stellar Rainbow

Have you noticed that Betelgeuse is the only reddish star in Orion constellation? Maybe you’ve noticed other stars that shine with colors other than white? Have you ever wondered why stars are different colors?

If you’re a backyard astronomer, or want to learn how to photograph stars, and we’ve piqued your interest, read on to discover what causes star colors and how to see a whole rainbow of them in the night sky.

Why Are Stars Different Colors?

Have you ever added salt to your campfire to change the color of the flame? Did you burn different substances in chemistry at school? If so, you’ve seen that different elements burn with different colors and intensities.

Thinking again about a campfire… the hottest part of the flame is blue-white while the cooler part is orange-red. Well, the same is true of stars!

These are the two basic reasons for different star colors:

Stars are born in gas and dust nebulae composed of hydrogen and other elements. The Pleiades (M45) is a great example of this you can see for yourself in a telescope.

If you don’t own a telescope yet, check out our telescope reviews

Stars in the Pleiades are predominantly bright and blue and are believed to have formed in the last 100 million years, making them only 2% of the age of our sun.

The mix of other elements contributes to the color spectrum of the stars they create. Unfortunately, that’s not the kind of detail we backyard astronomers can see as you need to conduct spectral analysis for that.

Scientists can also measure the movement of a star relative to us using its spectrum. If a star is moving away from us, it’s visible light shifts toward the red end of the spectrum, which is why it’s known as a ‘redshift’.

The opposite phenomena is a ‘blueshift’. When a star is moving towards us and its light shifts towards the blue end of the spectrum.

You can read more about spectral analysis and measuring redshifts in this NASA article.

Let’s now turn to what we backyard astronomers can work out for ourselves from a star’s color: its approximate temperature and relative age.

What Color are the Coolest Stars?

As we noted above, this range of star temperatures matches the range of colors.

The coolest stars in the sky glow red. As surface temperatures rise, colors change through orange and yellow. The hottest stars glow a lighter blue and the very hottest are a darker blue color.

The color of stars from hottest to coolest is:

Stellar classification is a great way of using a star’s color to work out its age. More accurately, we use them to see how far along its lifespan a star is, i.e. is it new, middle-aged or near death?

There are several stellar classification systems but, to keep it simple, we’re going to focus on the Hertzsprung-Russell Diagram.

Hertzsprung-Russell Diagram, shows relationship of star color and temperature (source). It also shows us which are the biggest stars, and which are smaller, as well as where we can find the dimmest stars.

Absolute magnitude measures a star’s brightness from a set distance away. Normally, as astronomers, we use relative magnitude to say how bright a star is, but that’s measured from our view on Earth.

The x-axis shows temperature in degrees Kelvin (nothing is colder than 0°Kelvin, which equals -273.15°C or -459.67°F). In the H-R Diagram, the hottest temperatures are on the left, coolest on the right.

Where the exponent is negative, e.g. 10^-2 this is less bright than our sun. So stars with a luminosity of 10^-4, for example, have an absolute magnitude 10,000 times dimmer than the sun.

The video below gives a good explanation of the Hertzsprung-Russell diagram if you’d like to understand more.

Most stars belong to the “main sequence” of development, which you can see as the long line running from top right to bottom left in the Hertzsprung-Russell Diagram above.

Main sequence stars are burning hydrogen atoms in their cores to create helium atoms. Our own Sun is an example of a main-sequence star.

The Hertzsprung-Russell Diagram also shows that the coolest stars on the main sequence, i.e. the ones on the right side of the chart, are the least bright.

This shows us that bright, hot blue stars tend to be younger because they are burning their hydrogen violently fast and tend not to live for very long.

Redder, cooler stars are the opposite. They are turning their hydrogen into helium much more slowly and can exist in that state for a very long time. Our own sun, a pretty average star by all accounts, is around halfway through its ten billion year life.

In fact, if you study the diagram – reproduced again below for ease – you’ll see approximate stellar ages added in green along the Main Sequence line.

The brightest, hottest, bluest stars are expected to ‘live’ for 10^7 years, which is 10 million years in our language. At the other end of the line, the coolest, reddest, dimmest stars can live for over 10^11 years, or 100 billion years.

When a star has used up its hydrogen, it leaves the main-sequence and becomes a different type of star. Whether it becomes a dwarf, giant, or supergiant star depends upon a star’s mass.

A star with a mass less than 0.25 of our Sun’s will shrink to become a dwarf star. Stars between 0.5 and 1 Solar Mass will first expand dramatically to become red giants, before shrinking to white dwarfs. This is the expected fate of our own sun.

A star with a mass of up to 100 Solar Masses will likely ignite their helium once it’s burned all its hydrogen. Stars this big can continue burning heavier and heavier elements, up to carbon and iron, but even they can go no further. Eventually, they explode into a massive supernova.

It’s a dramatic death but has left us some beautiful sights to see.

Each of these groups is a Morgan-Keenan classification of stars, and there are others, such as subdwarfs and hypergiants, which you can see in the diagram below.

That feels like enough theory. Let’s now turn to space and discover what different colored stars you can see.

What colored stars can I see?

Depending on what season it is, there is a different assortment of stars to look for.

The table below shows the best colored stars to see each season from the northern hemisphere. For us ‘best season’ means when a star is highest in the sky, but you can see many of these stars in other seasons too (for example, Polaris is visible all year around).

To see which are visible tonight, use your planisphere, star atlas, or favorite astronomy software.

The letters in parenthesis show the stars’ relative sizes: M for main-sequence, D for dwarf, G for giant and SG for super-giant.

Some of these stars, like Betelgeuse and Arcturus, are bright enough to notice their colors with the naked eye from moderately light polluted areas.

Others, such as Sirius B and Albireo B, are too faint to see with either naked eye or binoculars. You’ll need a clear night at a dark sky location (as dark as practical) and a small telescope.

Albireo A and B are a good example of striking star color, as you can see in the picture below. Use a magnification of ~ 30x and a tripod-mounted telescope to resolve this colored double star.

Incidentally, if you’re using unmounted 10×50 binoculars (or larger), Albireo may appear as a single green star. Mounting those binoculars would reduce the shakiness and allow you to resolve the double.

Stars exist in a range of colors: red, orange, yellow, green, white and blue with red being the coolest and blue being the hottest.

A star’s color indicates it’s temperature, composition and relative distance from earth. Its luminosity indicates its size, the brighter it is, the larger it is.

There are many colored stars in the sky and, with a little planning, you can see a rainbow of star colors from your own backyard. 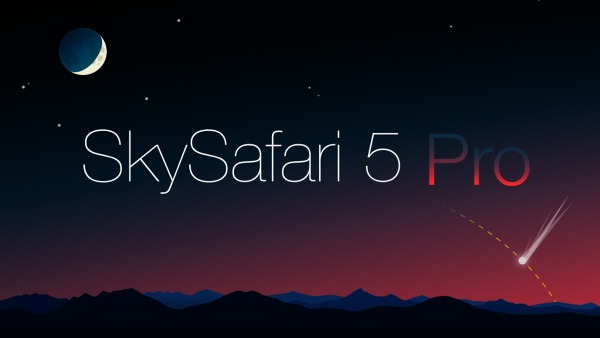 How to Set Up Sky Safari 5