What is Uranus Made of, and is it the Coldest Planet in the Solar System?

By Sharmila Kuthunur
|
6 minutes
Home »Astronomy »What is Uranus Made of, and is it the Coldest Planet in the Solar System?

Uranus, the seventh planet from the Sun, is neither the smallest nor the farthest in our solar system. Yet, it is the coldest of all the planets. Why is that, and what is made of that makes it blue?

From peeling back each layer of Uranus’s atmosphere to looking at its size in comparison to Earth, this article covers what Uranus is made of from the inside out.

How Big is the Planet Uranus?

With its radius of 15,759 miles or 25,362 km, Uranus is 4 times wider than Earth. This makes it the sixth-largest planet in the solar system, but it’s almost identical in size to Neptune.

It is significantly smaller than Jupiter’s huge 43,441 mile diameter but much larger than the Earth, which, at almost 8,000 miles in diameter, is the largest of the terrestrial planets.

How Many Earths Would Fit Inside Uranus?

Let’s calculate the number of Earths that would fit into Uranus as measured by volume:

Uranus is so large that Earth could fit inside it 63 times over.

It’s handy to look at some other size statistics to put Uranus’s size in comparison to Earth. In the table below, find comparisons for the mass, volume, and density of the two planets.

What is the Composition of Planet Uranus?

In the table above, we can clearly see that Uranus has a much lower density than Earth. That’s because a large part of the planet’s volume is icy gases, such as ammonia.

Uranus is made of three main layers: a silicate rock core, an icy mantle, and an atmosphere surrounding the mantle. There is not a clearly demarcated solid surface on Uranus, instead, the atmosphere smoothly transitions into the icy mantle.

The solid core is made up of silicate and iron-nickel and makes up 20% of Uranus by radius. Unusually for a planet, it’s believed the core temperature is relatively cool, at about 9,000°F or 5,000°C. This makes Uranus the only planet that radiates less heat from its core than it gets from the Sun.

The bulk of Uranus’s mass is contained in its icy mantle. Contrary to its name, the mantle does not have ice per se but is made of a fluid of water, ammonia, and methane ices flowing right above the core.

Uranus’s gaseous atmosphere can be structured in three layers: the troposphere, the stratosphere, and the thermosphere.

The troposphere is the lowest and densest part of the atmosphere. It is an envelope of water clouds extending up to 50 km, with pressure ranging from 0.1 bar to 100 bars.

This layer contains nearly all the mass of Uranus’s atmosphere. The temperature in this layer decreases with altitude, from 116°F or 47°C to  -364°F or -220C. This dynamic layer also exhibits strong winds and bright clouds.

The Stratosphere is the middle layer in Uranus’s atmosphere at heights from 50 km until 4,000 km. The pressures in this layer range from 0.1 bar to 10-10 bars. Temperatures increase with altitude, from -364°F or -220°C to 980°F or 527°C, which serves as the base of the next layer. Methane and other hydrocarbons present in this layer absorb UV and IR radiation from the Sun.

The Thermosphere layer is the outermost layer, which maintains a uniform temperature at 1070F or 575°C at 4,000 km.

The Magnetic Field of Uranus

On Earth and most planets, magnetic fields ‘enter’ from one pole and loop through the other. This is why the geographic north on Earth is near the magnetic north pole. However, on Uranus, magnetic fields are offset from its poles by 60 degrees.

This is because Uranus is tilted by 97.77 degrees and ‘lies on its side’. leading to magnetic fields being much stronger at one pole than the other. As the planet rotates, every 17.24 hours, its magnetic field opens and reconnects time and again.

When the magnetic fields open up, charged particles from the Sun enter the planet’s atmosphere as they do on Earth, and when the fields reconnect, the planet resumes using the field as a shield from the solar wind.

What are the Rings of Uranus Made Of?

Uranus has a ring system of 13 known rings, all of which are tilted 97.77 degrees like Uranus. The ring system is classified into two parts: the innermost region consisting of 9 rings and the outer region containing 2 sub-regions.

The ring system does not contain dust like those of other planets. Instead, it is made of dark rocks of sizes 20 cm to 20 m in diameter.

Is Uranus the Coldest Planet in the Solar System?

Uranus is not our solar system’s farthest planet; that’s Neptune. Yet, Uranus is the coldest of all planets in the solar system.

Scientists believe this may be because of the planet’s extreme axial tilt, which occurred early on in its history due to which Uranus lost almost all of its heat from its core.

While most planets radiate more heat than they receive from the core, Uranus has stopped generating internal heat.

What is the Climate Like? Are There Seasons on Uranus?

Yes, Uranus witnesses seasons but none are like what we experience on Earth. Uranus’s tilt causes only one pole to be pointed towards the Sun at a time.

The equivalent of spring and fall also occur on Uranus, during which the planet is positioned in such a way in its orbit that sunlight is directly above its equator. At this time, days and nights alternate every 17 hours.

This rapid change in temperature triggers cloud patterns, storms, and bands in Uranus’ atmosphere seen as bright spots from Earth.

Why is Uranus Blue?

We’d mentioned earlier that Uranus’ atmosphere contains ammonia, methane, and hydrogen. This methane absorbs red light from the Sun but reflects blue light back into space, giving Uranus a blue color when seen from Earth.

Uranus is 4 times wider than Earth and could fit 63 Earths inside its body. It has a faint ring system of 13 rings, and all of its 27 known moons orbit Uranus as part of the ring system.

Uranus is the coldest of all planets in our system. It’s thought that Uranus lost most of its internal heat from its core into space as a result of the violent impact which tilted the planet on its side.

With its 21-year-long seasons and magnetic field not aligned to its poles, Uranus is an odd planet. But we think they are exactly what makes it interesting as well. Don’t you agree? 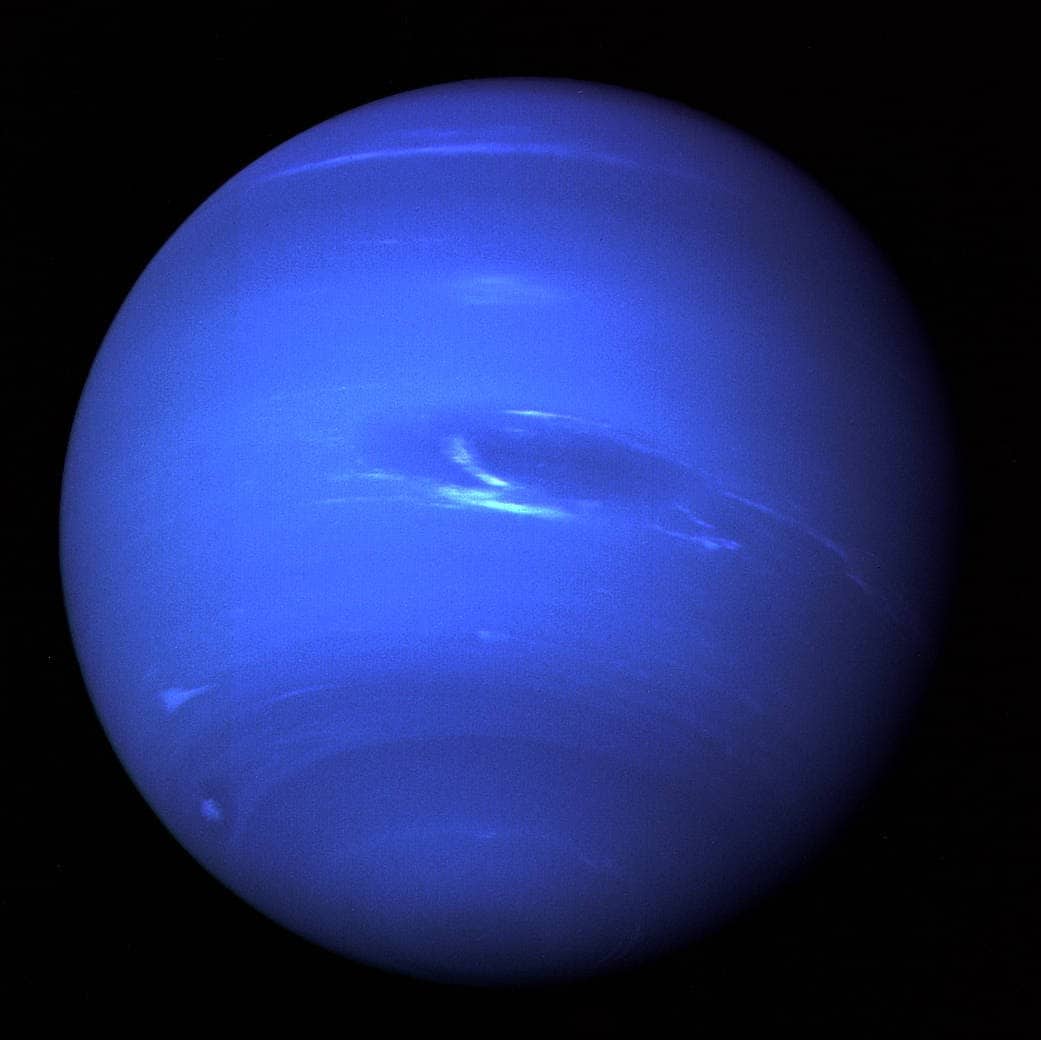 The Planet Uranus: Everything You Need to Know