Why is Mercury Difficult for Astronomers to See?

By Sharmila Kuthunur
|
7 minutes
Home »Astronomy »Why is Mercury Difficult for Astronomers to See?

Did you know that Mercury, at its brightest, is 1.9 times brighter than Sirius — the brightest star in our sky?

Despite its brightness, Mercury is only 36 million miles away from the Sun and this proximity makes it difficult to spot. Astronomers find that the planet is often washed out in the Sun’s glare.

There are few short windows of opportunity throughout the year to view it. These are times when it is not its brightest, but when it is furthest from the Sun. Even then, that is not very far since the maximum that Mercury ventures from the Sun is only 28 degrees.

Let’s take a look at when those visibility times are, why Mercury can be seen only at dusk and dawn, and when you can get the best views with a telescope.

When is Mercury Visible?

Mercury is only 36 million miles (58 million km) away from the Sun. At this distance, it orbits the Sun once every 88 Earth days. Although Mercury’s orbit has the highest eccentricity of all planets (0.21), its proximity to our star never takes it more than 28.3° away.

It is hard to see because it is never far enough away from the Sun to be seen in a dark sky, i.e. it is only ever visible in the brighter skies of dawn and dusk.

The added problem caused by being so close to the Sun is that the smallest planet can only ever be observed low on the horizon, where the atmosphere is thickest and viewing is poorest. This means we can only ever get a suboptimal view of Mercury in our telescopes.

Happily, Mercury whizzes around the Sun so quickly that we get several opportunities a year to see it, with some being better than others. The downside of that speed is that Mercury never stays visible for long, it’s usually in the order of two or three weeks at a time.

These instances materialize when Mercury is in its first and last quarter phases. You might know that Mercury exhibits phases like the Moon. It is not visible when it is ‘new’ because this happens at inferior conjunctions when the planet lies in the same path as the sun and is only in the sky during the day.

Mercury is at its brightest when it is ‘full’, which happens at superior conjunctions but, this time, the planet is on the opposite side of the Sun to us and completely invisible.

Since these are points in Mercury’s orbit where the planet is maximally separated from the Sun, this is also when backyard astronomers have the best opportunity to see it.

We all know that the sky doesn’t become dark immediately after sunset. In fact, total darkness happens only when the Sun has dropped 18 degrees below the horizon. However, Mercury is bright enough at its maximum elongations to be visible when the Sun has dropped just 6 degrees below the horizon. This is the darkness phase known as nautical twilight.

When Do We Get the Best Views of Mercury?

Before diving into what affects our views of Mercury, we need to understand that Earth, the Sun, and Mercury all orbit in the same plane called the ecliptic. This is why the Sun seems to follow a curved path from sunrise to sunset and not a straight line.

Two factors influence how high above the horizon we see Mercury without having the sun in the sky. The first of these is the inclination of the ecliptic to the horizon, and the second is Mercury’s elongated orbital path around the Sun.

Because Mercury and the Sun are on the ecliptic, the angle between the ecliptic and the horizon is the biggest factor in how high in the sky Mercury can be seen.

Conversely, at the summer and winter solstices, the equinox is more shallow and Mercury doesn’t rise very high at all.

Mercury has one of the more extreme non-circular orbits of all the planets, so there are times in its orbit when it is much closer to the Sun and times when it is much further away.

If the times when Mercury is furthest from the Sun coincide with the equinoxes – when the ecliptic rises highest in the sky – then we see Mercury higher than at any other time.

The effect of Mercury’s orbital ellipse has less of an impact on our viewing than the angle of the ecliptic over the horizon. The result of this is that Mercury being a long way from the Sun at midsummer and midwinter does not massively outweigh the effect of the low ecliptic, i.e. Mercury will always be lower in the sky at this time of year.

How High Does Mercury Rise in the Sky?

This is not quite the right question because Mercury can rise higher than the sun at midday. What we really want to know is ‘how high can Mercury rise when the Sun is below the horizon?‘

Before answering that question, there is one more factor to consider: your latitude. The closer to the equator you are, the higher Mercury rises while the Sun is below the horizon.

At the equator, you could reasonably expect to see Mercury as high as 25° above the horizon as the Sun rises or sets. Further north, say in the UK and Europe at latitude 50°N, you should expect the maximum height of Mercury to be between 2° and 5° lower than in the US. The difference is greater at sunrise in spring and sunset in fall.

How To See Mercury With a Telescope?

Mercury shares a place in the list of five planets that can be seen with the naked eye, but it is much more difficult to view because of its proximity to the Sun.

As we’ve seen, the planet lives close to the Sun, so you need to take care when using a telescope to spot it, especially if viewing before sunrise when the Sun could come over the horizon as you’re viewing.

Whenever you view it, all we can hope to see of such a small body with a backyard telescope is its crescent shape; there are no surface features visible. Learn more with our detailed guide to seeing Mercury with a telescope.

Mercury, the first planet in our solar system, is closest to the Sun, and it is this proximity that makes Mercury difficult for us to see from Earth. However, every few weeks, it ventures far enough from the Sun for us to view it during its maximum eastern and western elongations.

The best time to view the small planet is around the spring and fall equinoxes when the ecliptic rises steeply into the sky. And, the closer you are to the equator, the higher in the sky you’ll see it.

Although the only detail we can see of Mercury through a telescope is its phasing, it is such a challenging find that you can rightly be proud of yourself for spying it. Find out more details on how to do that here. 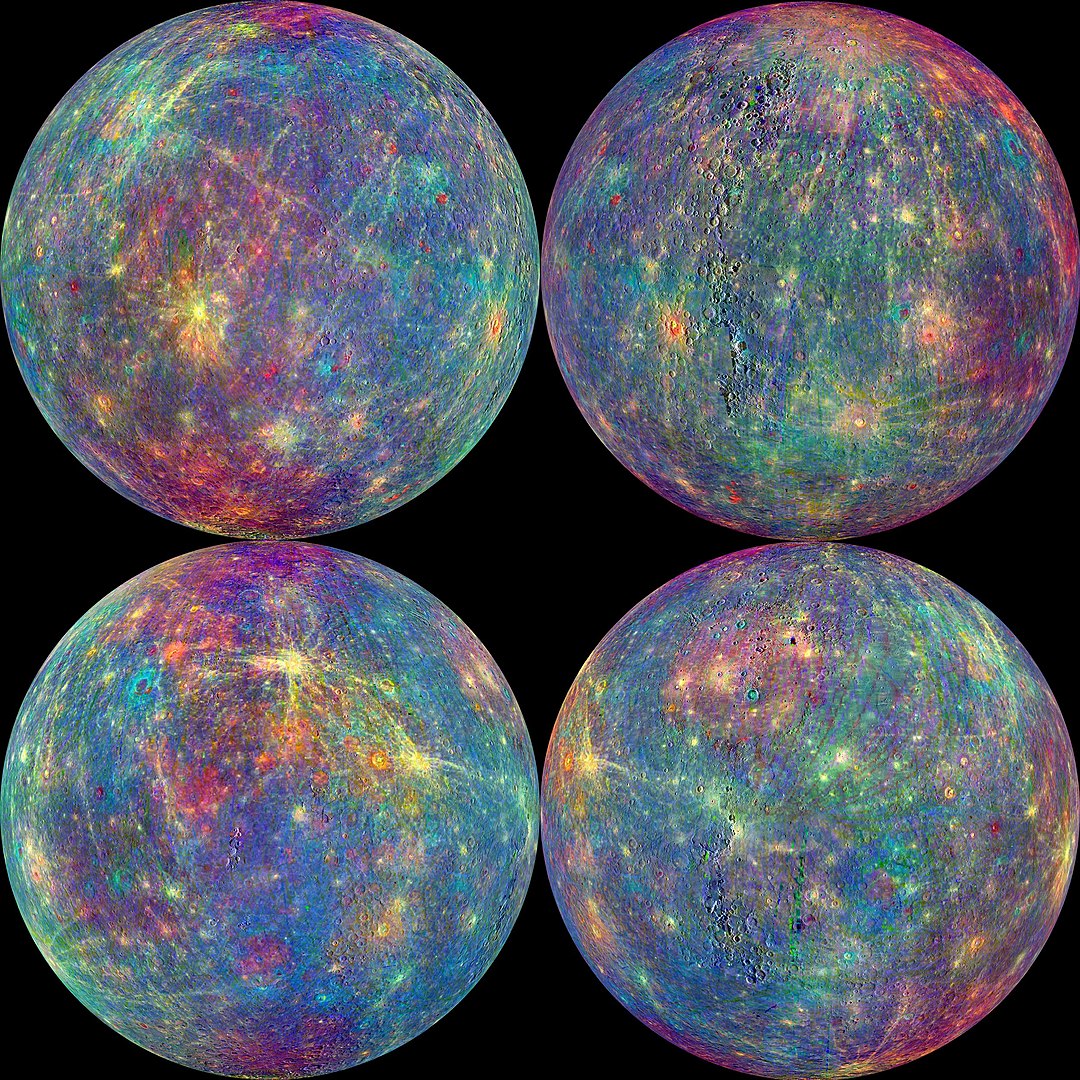 How Hot is Mercury, and Does it Have an Atmosphere?