How Far Away Is Saturn? And, How Long Does It Take To Get There?

By Sharmila Kuthunur
|
7 minutes
Home »Astronomy »How Far Away Is Saturn? And, How Long Does It Take To Get There?

Saturn, the sixth planet in our solar system is often seen as a serene, hazy yellow planet in our skies. It feels so close when we see it with a telescope or powerful binoculars but, in reality, it resides at a distance of nearly 886 million miles from Earth.

How Far Away is Saturn From the Sun?

Saturn’s orbit around the Sun averages out at 886 million miles (1.43 billion km). But, because Saturn’s orbit is elliptical, just like all the other planets, there are times when the gas giant is closer to the Sun and farther away from it.

How Far Away is Saturn From Earth?

We know that Earth, like Saturn, has an elliptical orbit around the Sun. Saturn’s orbit is also tilted 2.4 degrees relative to the orbital plane of Earth.

As a result, as both planets revolve in their respective orbits, the distance between them changes. There are times when Saturn is behind the Sun, which leads to the alignment of Saturn, the Sun, and Earth, this is known as a conjunction. At this point, Saturn is as far away as it can be from Earth, which is nearly one billion miles (1.7 billion kilometers).

As the distance keeps changing, Saturn’s closest approach to Earth occurs when both planets are on the same side of the Sun. At this time, Earth is placed in between our Sun and Saturn, reducing the distance between planets to nearly 746 million miles (1.2 billion kilometers).

This is called Saturn’s opposition with Earth and it occurs every 54 weeks. During each of these times, Saturn is closest to Earth and shines the largest and brightest. At opposition, its apparent magnitude can reach as bright as -0.5, fading to dimmer than 1.1 at its farthest.

During oppositions, although Saturn gets as close to Earth as possible, it is not possible to distinguish it as a planet with a naked eye; it still looks like a bright star. At the very minimum, powerful binoculars or a small telescope is required to see the rings of this majestic planet.

How Long Would it Take to Reach Saturn?

So far in this article, we have learned the distance from Earth to Saturn at two important points in its orbit — one when the planet is closest and the other when it is farthest away. Using these numbers, we can now work out how long it takes to get to the gas giant.

There are two ways to go about this. First, we will look at the time light takes to reach Saturn. Second, we’ll board an imaginary spaceship and see how long it’ll take us to travel to the sixth planet in our solar system when constrained by human technology.

How Long Does Light Take to Travel from Earth to Saturn?

Light travels the fastest of all known objects because it has no mass. Its speed is a whopping 186,282 miles per second. At this rate, light from the Sun takes 499 seconds to reach Earth, which is a little over eight minutes.

The mean distance between the Earth and Sun is known as an Astronomical Unit (AU) and is about 93 million miles (150 million km). We’ll use astronomical units to help us calculate the time light takes to reach Saturn from Earth.

Let’s take a look at the shortest, longest, and the average time for light to travel between the two planets.

At its average distance of 1.4 billion km, light takes one hour 20 minutes and 15 seconds to reach Saturn from Earth. As the planets orbit the Sun, this time varies between 1 hour 6 minutes 47 seconds and 1 hour 32 minutes 34 seconds.

This also means that when you look at Saturn from a telescope, you are looking at it as it looked at least 1 hour 7 minutes 47 seconds ago!

These calculations are if we could travel at the speed of light, which, unfortunately, we cannot. So let’s look at how long it would take us humans to get to Saturn (theoretically).

How Long Does it Take a Spaceship to Travel to Saturn?

The fastest spaceship journey to date took around three years and two months to travel from Earth to Saturn.

The speed and route our spaceship takes to get to Saturn are very important in determining the overall time taken. Let’s take a look at past missions to see how long they took:

In addition to the speed of the spaceship, the travel time to Saturn also depends on the path taken.

The shortest distance is a straight line between the two planets. However, since the planets are so far away, spacecraft use a concept called gravitational assist to increase their speed and save on fuel/weight at launch.

This sees the route include one or more arcs around other planets to boost the speed of the spacecraft but means the distance is farther and the starting speed is slower.

Moreover, the speed of a spacecraft sent to orbit Saturn has to be slow enough when it arrives to be captured by the planet’s gravitational field and not fly straight past and away into space.

How Long is a Day on Saturn?

Despite its vast size, Saturn rotates with a speed of 9.87 km/s. At this speed, it takes the gas giant 10 hours 33 minutes to complete one rotation.

This means that a day on Saturn is less than half a day on Earth!

How Long is a Year on Saturn?

Even though a day on Saturn is shorter than on Earth, the distance at which the gas giant orbits the Sun is enormous. Thus, it takes Saturn 29.457 Earth years to complete one revolution around the Sun.

If you are reading this and you are less than 30 years old, you wouldn’t even be one on Saturn! In fact, the oldest human to ever have lived was barely four Saturn years old when she died.

Are There Seasons on Saturn?

For half of Saturn’s orbit around the Sun, the northern hemisphere is tilted towards the Sun at an angle of 26.73° and receives more sunlight when compared to the southern hemisphere. For the other half of its orbit, the situation is reversed.

This, coupled with Saturn’s rapid rotation about its axis causes extreme weather patterns in the planet’s atmosphere. Constant high winds, seasonal storms, and patterns on the poles are all part of Saturn’s seasonal changes.

Unlike Earth, Saturn does not receive much heat from the Sun, but from its core. The seasonal changes aren’t noticeable like they are on Earth. Find out more about Saturn’s atmosphere and weather here. The other big difference, when compared to Earth, is that Saturn’s seasons last for around seven years at a time.

Saturn is a fascinating planet that moves closer and farther away from us as we follow our respective orbits of the Sun.

Although it might be less to see when it is far away, its oppositions occur once every 54 weeks, during which it will shine bigger and brighter, and offer us more tantalizing views.

While we cannot hop on a spacecraft just yet to go to Saturn, remembering these concepts next time you view it will make your observations more interesting! 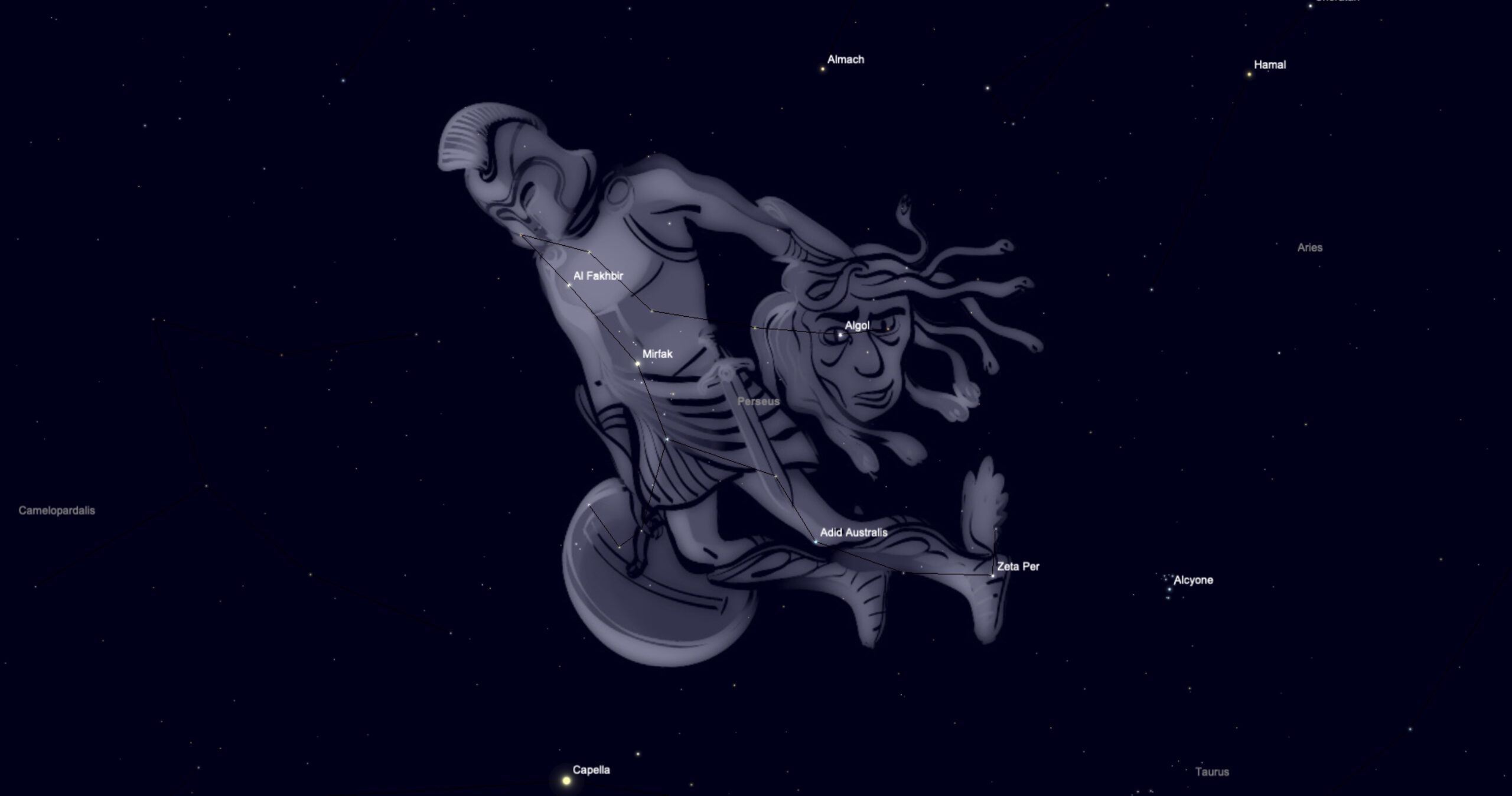 Perseus Constellation – A Hero For Our Skies