How Dark is My Sky? An Astronomer’s Guide to The Bortle Scale

By Sharmila Kuthunur
|
7 minutes
Home »Astronomy »How Dark is My Sky? An Astronomer’s Guide to The Bortle Scale

Knowing how dark your sky is is key to joyous stargazing.

As we’ve noted in another article, we can see about 9,000 stars of up to magnitude 6 shining overhead, which is about the dimmest that we can see with the naked eye.

When you’re stargazing in a town with a little light pollution, the number of stars you can see might drop to 900. The bright lights of a big city would reduce it even further to less than 100, which is hardly sufficient for effective stargazing!

Learn the best ways to stargaze in a city

In this article, we’re going to help you learn how to grade the darkness of your sky so that you’ll understand what objects you can and can’t see, and if it is dark enough for you to force your eyes and equipment to their limits.

Measuring the Darkness of the Sky

For a long time, astronomers used the naked-eye-limiting magnitude (NELM) to measure the faintest star that they could see with the naked eye at a particular location.

As the name suggests, NELM measures the faintest star that can be perceived near the zenith (overhead) when the observer’s eyes are dark adjusted.

That is okay for a simple comparison between sites, but each observer has different eyesight and, the more you get used to looking at the sky, the more detail you can see. It is also affected by the seeing quality, which is different from measuring darkness.

So using individual perceptions is not a scientific way of grading and comparing dark sky sites.

What astronomers needed was something more rigorous. Introducing…

The Bortle Scale was introduced to the astronomy community by John E. Bortle in 2001, inside the pages of Astronomy Magazine.

This 9-grade scale sought to help stargazers classify their sky not only with reference to a naked-eye limiting magnitude but also what can (or can’t) be seen within each grade.

It provides information about celestial objects in general, not just the stars, including Messier objects, galaxies, zodiacal light, and more. This way, astronomers can evaluate the quality or brightness of their night sky.

Level 1 defines the darkest possible night sky on Earth, which is pitch black and where the faintest naked-eye objects are visible, including these phenomena that need a really dark sky.

Level 9 is a sky with extremely bright light pollution, which is mostly found over major cities; the night sky is literally bright enough to read under. Under level 9 conditions, only the moon, nearest planets, and a handful of brightest stars are visible. We’ll take a detailed look at each level in the section after the next.

In defining what can and can’t be seen at each level of the scale, Bortle uses the following parameters:

What Each Grade Means on the Bortle Scale

In the table below, airglow refers to the phenomenon caused by radiation in Earth’s atmosphere. It is the reason why the sky is never completely dark.

The limiting magnitude is given as two measures, firstly the faintest object that is seen with a 12.5″ reflecting telescope, secondly with the naked eye.

Problems With the Bortle Scale

Although the Bortle scale is a great improvement on simple NELM, it does have some downsides still.

Firstly, it is still partially subjective. What I might judge to be visible you might not. However, this is combated by having an approximate surface brightness measure (magnitude per arcsecond squared) for each of the divisions in the scale.

Secondly, the transition from one grade to another can be quite marked, plus, each grade covers a slightly different level of light pollution. The counter to that is each grade also sets half magnitude steps for naked eye limiting magnitude.

For the average astronomer, neither of these presents a big issue. Instead, it makes more sense for us backyard stargazers to understand how dark our own sky is using Bortle’s measures.

How Dark is My Sky?

Now we’ve learned about the Bortle scale of dark skies, let’s understand how to measure the darkness of your own observing site.

There have been efforts such as the World Atlas of Artificial Sky Brightness to measure how dark (or bright) the sky is at a given location. Mapping efforts such as these have one rule of thumb: the brighter the area, the fewer objects you can see.

The Dark Site Finder is a useful tool for you to understand how dark your sky is. The map also has markers for US locations of national parks, conservation areas, and even craters that have been designated as “dark sky sites” where you will have the best chance of stargazing in that area.

The Light Pollution Map is a similar and equally good resource. Like the Dark Site Finder, this map is colored like the Bortle Scale, so the two match up nicely.

Clicking on those markers will give you information about the place, if camping is allowed, and even how much the stay would cost.

Every state in the U.S. has at least one location that measures four or darker on the Bortle Scale. Click here to open a list of dark sky sites in the States, which opens in a new tab.

Judging Darkness for Yourself

From your location, you can employ NELM to figure out the faintest star that you can see without equipment. The best place to do this is the Great Square of Pegasus — the asterism formed by four bright stars in the constellation of Pegasus.

Inside the square are 26 stars brighter than magnitude 6.5. How many you can count gives a good indication of your naked eye limiting magnitude:

You will have no problem finding Upsilon Pegasi, but star-hopping will lead you to challenges in locating the fainter stars. The faintest that you can see will tell you about how much light pollution exists in your area.

To clarify the darkness of your sky with your local knowledge, use the flowchart below to discover which category your sky falls under.

Light pollution is the worst enemy of stargazing.

We can avoid it better by understanding the Bortle scale to learn where the darkest skies are and where our observing location ranks on the scale.

Use the information in this article to plan your next dark sky adventure! 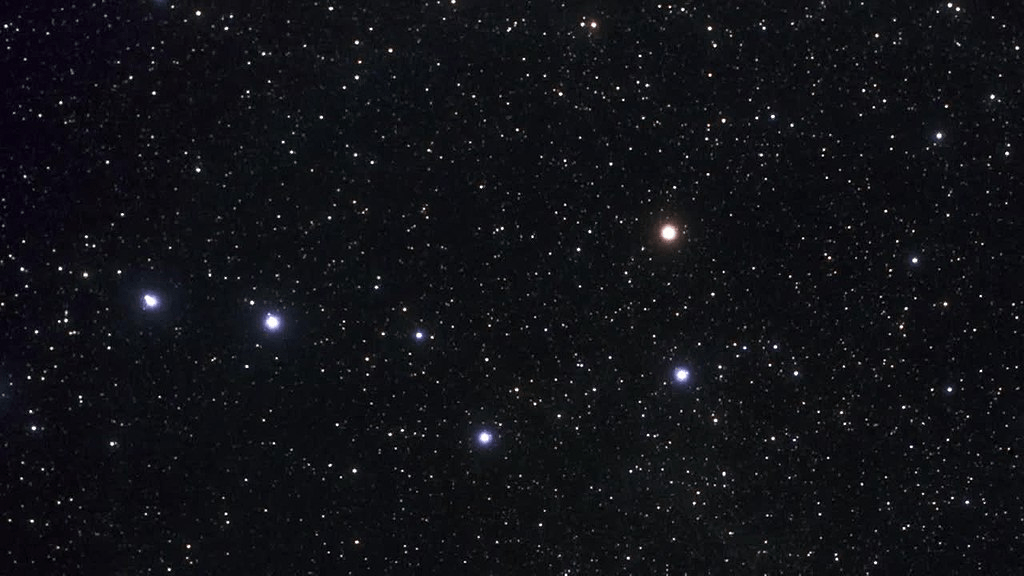 What are the Different Types of Stars?