How Many Stars Can I See at Night?

By Tanya C. Forde
|
7 minutes
Home »Astronomy »How Many Stars Can I See at Night?

Have you ever looked at the night sky and wondered how many stars you could see? Or maybe you’ve discussed astronomy with friends/family and wondered why you don’t all see the same number of stars?

You may be surprised to learn how low the number of naked-eye visible stars is. Spoiler alert: the most stars you’ll see with the unaided eye is between 2,600 and 4,500 depending on where you are, local conditions and the quality of your vision.

To discover how we reach that number and the conditions that impact it, read on!

How Many Stars Are There?

Our solar system is located in the Orion Arm of the Milky Way Galaxy. The Milky Way galaxy as a whole contains anywhere from 100 billion to 400 billion stars of varying types. The variety in the estimates arises because astronomers use different theoretical techniques.

While you may see other galaxies with a telescope, these galaxies are so far away that their individual stars can’t be seen. Which means that every single star you can see at night, with or without a telescope, is part of the galaxy we live in.

The total number of stars that might be seen is that huge number somewhere between 100 billion and 400 billion. But, of course, we don’t see anything close to that number in the night sky, so let’s dig deeper.

How Are Stars Distributed?

The Milky Way Galaxy is a barred spiral galaxy ~100,000 million light-years across and our solar system is located ~30,000 light years from the Galactic Centre.

As a result, stars are not evenly distributed across the sky. More stars are farther from Earth than nearby, so there are more dim stars in the night sky than bright ones.

It’s not just that simple though. Some stars are faint because they are less bright, rather than farther away. Others are obscured by clouds of gas and dust in our line of sight, whilst other stars are washed out by the light of brighter stars nearby.

In the end, what determines how many stars we can see at night is their brightness as it appears to us, which is a measure know as apparent magnitude.

Apparent magnitude is a measure of a celestial object’s brightness as measured from Earth.

See our article on using magnitude in astronomy for more detail about magnitude and how it’s calculated.

What’s important for this article is that, as apparent magnitude increases, i.e. stars get fainter, the more of them there are to see.

The following table is an excerpt from our study on the number of stars within 100 light-years of Earth.

The faintest stars that we can see with the naked eye under a dark sky are about magnitude 6.0. From the chart above, you can see there are about 5,000 of them within 3,000 light-years of our planet.

If we count all the magnitude 6 stars we can see, using the database in SkySafari 6 Pro, we learn that there are 5,126, i.e. only 60 or so stars visible to the naked eye are more than 3,000 light-years away.

Using the same approach here, we’ve discovered how many stars are visible at each magnitude point from below -1 to 6, as shown in the table below.

*We also added the number of stars between magnitude 6 and 6.5 because some people have eyes and skies good enough to see them.

How many stars you can count overhead is affected by a number of factors.

Even though we may be looking at the same patch of sky at the same time, the local environment and our own physiology have a big impact on what we’ll each report.

As the amount of light pollution increases, the number of visible celestial objects decreases. Suburban observers typically only see stars shining at magnitude 4 and brighter.

Depending on the specific viewing location that could be just 300 to 450 stars. If 4 were the magnitude limit globally, the total number of visible stars worldwide would be ~500.

From the core of a large city, you may only be able to see stars of magnitude 1 or brighter, for a total of maybe half a dozen stars. If 1.0 was the magnitude limit around the world, there would be just 13 stars visible overhead. However, there is a lot of city astronomy to be done, click the link to open our guide in a new tab!

As earth-based viewers, we have to contend with the limiting effects of our atmosphere.

Matters are further complicated because our eyesight changes as we age.

Reduced pupil size, decreased color vision and loss of peripheral vision, are all normal, age-related changes to our vision. So older astronomers will see fewer stars and observe less contrast between the colors of those stars.

The Maximum Number of Stars You Can See

Perfect viewing conditions require a dark sky, good seeing, and excellent vision. Under such conditions, we estimate that you can see stars at least as faint as magnitude 6, and possibly down to magnitude 6.5.

Since we can only see half the celestial sphere at a time, the maximum number of stars you could see with the naked eye in a dark location ranges between 2,600 and 4,500.

How Many Stars Can We See With Binoculars and Telescopes?

Fortunately, seeing more stars is as easy as using binoculars and telescopes.

In comparison to human pupils, which have a 5-7mm diameter, a telescope’s objective gathers more light. The more light you collect, the fainter the limiting magnitude you can see.

The following table was adapted from tables that appear on the Stargazing.Net website. These make some broad assumptions beyond magnitude 10, so treat the numbers with a grain of salt.

Estimate Your Own Limiting Magnitudes

You may be younger or older, have better or worse vision than average, or be viewing from a light-polluted sky or a dark sky.

Whatever your circumstance, there is an easy way to estimate your own naked-eye magnitude limit: the Star Count Method.

Observe the number of stars that you can see in a specific region of the sky and compare that number to the reported magnitude of the faintest star.

Let’s follow a couple of examples through to see how this works in practice:

The Great Square of Pegasus

For best results, make sure your eyes are dark-adapted before you start counting.

Locate the Great Square in Pegasus and count how many stars you can see within it. The number you get gives a good indication of your limiting magnitude, i.e. the dimmest stars you can see:

Ursa Minor is a small but easily recognised and visible-all-year constellation is another region of the sky that can be used for this estimation.

While there are between 100 billion and 400 billion stars in our galaxy, our eyes can only see stars brighter than magnitude 6 to 6.5.

That corresponds to between about 2,600 and 4,500 stars on any given night in a single hemisphere under perfect conditions.

Light pollution, sky conditions, and an individual’s eyesight reduce the number of stars a person can see but telescopes and binoculars increase our limiting magnitude resulting in more visible stars. 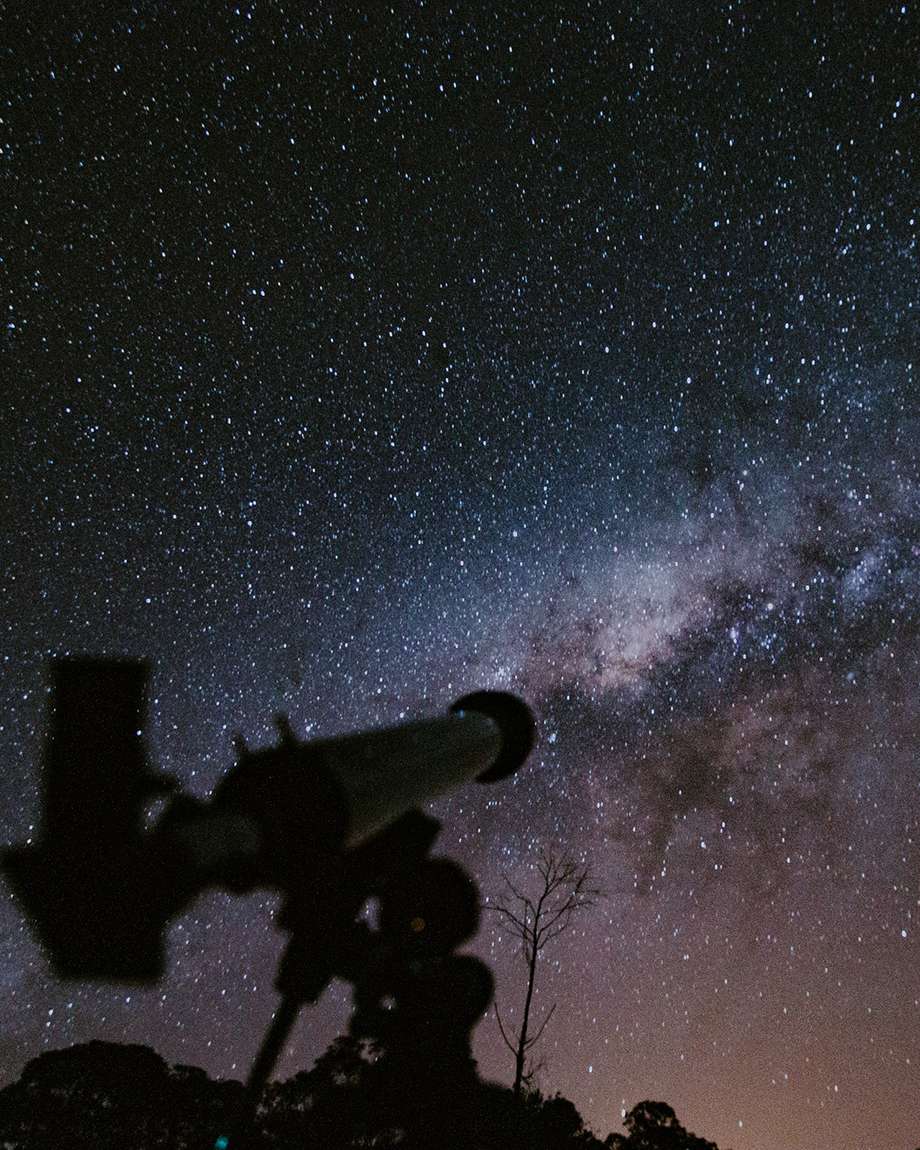 How Many Stars Are Within 10,000 Light-Years of Earth?