Best Lunar Maps: See the Moon in a New Light

If you enjoy observing the moon through your telescope (and who doesn’t?), you’re going to need a Lunar Map to get the very best from your viewing.

The table shows three top lunar maps for your moon observations. There are more detailed reviews of each further down the page. 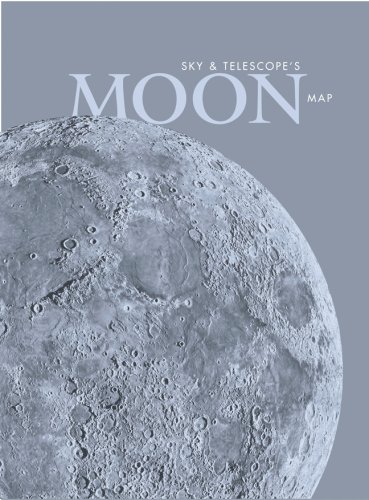 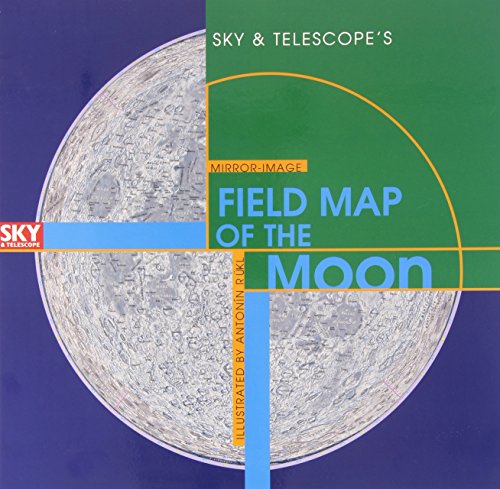 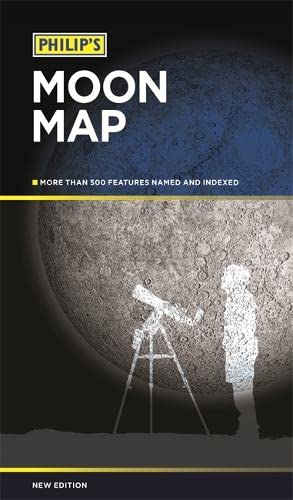 A detailed atlas of the moon which is great for observing by eye, wide-field binoculars or a low magnification telescope.
Slightly more expensive but comes with a lot more detail: over 1000 labelled landmarks are shown.
Over 500 lunar surface features are labelled and indexed in this book. Includes some close-up pictures so you know what to look for.
$298.79
Price not available
$27.01
Today's Price
Today's Price
Today's Price
Sky & Telescope's Moon Map, Laminated

A detailed atlas of the moon which is great for observing by eye, wide-field binoculars or a low magnification telescope.
$298.79
Today's Price
Best Option
Sky & Telescope's Mirror-Image Field Map of the...

Over 500 lunar surface features are labelled and indexed in this book. Includes some close-up pictures so you know what to look for.
$27.01
Today's Price

What is a Lunar Map?

You can probably name many surface features of the moon with the naked eye – especially the bigger mare – and Tycho. Through your telescope, I bet you’re good for the bigger mountain ranges, like the Appenines and maybe even the craters which stand out at first and last quarters, like Ptolemaeus, Alphonsus, Arzachel and Purbach.

But, if you’re not already using a moon map (this is the one that I use), then I’m willing to bet you don’t know the (very) nearby Herschel, Alpetragius or Thebit craters?

And that’s where the idea of a map of the moon with labels comes into play: for me, the joy of astronomy (aside from some stunning views) is the feeling of discovery. I plan to find a feature, look for it and get a buzz when I discover what I was looking for.

Being the owner of a moon crater map gives me that ability every time the moon is out – and you could be getting that buzz of discovery and recognition too!

It also helped me compile my guide to the Lunar 100, which you can see here.

Maps of the Moon

The idea of lunar mapping dates back to the 15th century, when it was realised that the surface of the moon is not perfectly smooth.

The first ever lunar map was developed by the astronomer William Gilbert who drew the features of the moon by looking at it through his naked eye. Later came lunar maps drawn by Thomas Harriot, Galileo Galilei and Charles Scheiner etc. Antonin Rükl famously mapped the moon and his efforts delivered a fabulous (and free!) online resource The Rükl Index Map. The image above shows you the individually mapped areas from 1 – 76.

For planning your viewing, or following up afterwards, this is a great resource… but it suffers from not being usable whilst you’re actually standing at your telescope.

When standing outside actually observing the moon, you will need a paper moon atlas which you can readily refer to (but which won’t ruin your night vision like a computer, tablet or phone screen will).

This a selection of the best moon maps which you can buy today. Click on the image or button to see the latest pricing and get more information.

The Sky & Telescope Moon Map is a great option for beginners.

For just a few dollars, you’ll get a detailed atlas of the moon which is great for observing by eye, or wide-field with binoculars or low magnification telescope (for more detail – see the Field Map, below).

The Sky & Telescope Moon Map folds out to some 11 inches x 17 inches, and is laminated to protect it from moisture out in the field.

It also comes with a complete index of the features on the map, which makes it so much easier to plan your viewing: decide what you want to see, find it on the index, locate it on the map – happy days!

For those extra dollars, you get a lot more detail: over 1000 labelled landmarks are shown, based on Rükl’s original work (see above).

This level of detail is ideal if you’re Moon watching through a beginner’s telescope or you’re a little beyond the beginner level and want a more challenging lunar observing.

This map is perhaps the most elaborate map of the moon with labels. Unfolded, the Sky & Telescope Field Map of the Moon measures 24 inches square (12 inches square folded up).

Pleasingly, this map is plastic laminated, which protects it well from dew, coffee and showers!

It comes down to a matter of choice, but I don’t think you can go wrong on the level of detail this Philip’s Moon map provides. The disadvantage is price, it’s produced in the UK and so costs more to buy in the US that the other maps.

There are over 500 lunar surface features labelled and indexed, and a few of them have their own close-up pictures included so you know what to look for.

You can also use it for finding groups of named features, such as the craters named after the astronauts of the moon landings.

There are images of the moon by day of its cycle – so you can see where the terminator will lie on any given day – as well as a map of the far side of the moon… although I’m not sure that’s overly helpful unless you plan on space flight any time soon!

Like the others, the Philip’s Moon Map is also laminated, and I personally can’t fault it, but I do have a word of caution: it takes a bit of getting used to comparing what you see through the scope with what’s on the map. But I suspect that is true of them all.

How to Use a Moon Map

A map of the moon’s surface is highly useful for discovering new features, but you need a technique or two to understand and correlate what you see on the map with what you see through your telescope.

Some maps are presented as you see the moon – for example the Philip’s Moon Map – whilst others, like Sky & Telescope’s Field Map of the Moon, present a mirror image version.

Your telescope, depending on its set up, will show the moon upside-down, mirror image or as per naked eye. So, to use them well, you need to match what you see in the eyepiece to what’s on the map.

To do this, I recommend finding a really big and obvious moon feature which you don’t need the map for, but which is near the landmark you are hunting, such as Tyco, Copernicus, Mare Nectaris, etc.

Once you have the big feature in your sights, it is much easier to use the map and ‘hop’ from crater to crater to the find your prize!

Make best use of your map by studying the moon during second and third quarters, when the shadows are long and the moon is well placed in the night sky.

Focus on the terminator – the dividing line between ‘night and day’ on the moon – because the shadows are greatest of all here, and they’ll let you pick out the smallest features.

My advice with your new map is to start big and go small.

I began getting to know the biggest craters and the seas, which were familiar to my eye but I had never been able to name before. Then, steadily, I started trying to find smaller craters (but ones near the bigger craters, so they’re easier to locate) and finally, you will be ready to tackle the most challenging features of the Lunar 100! 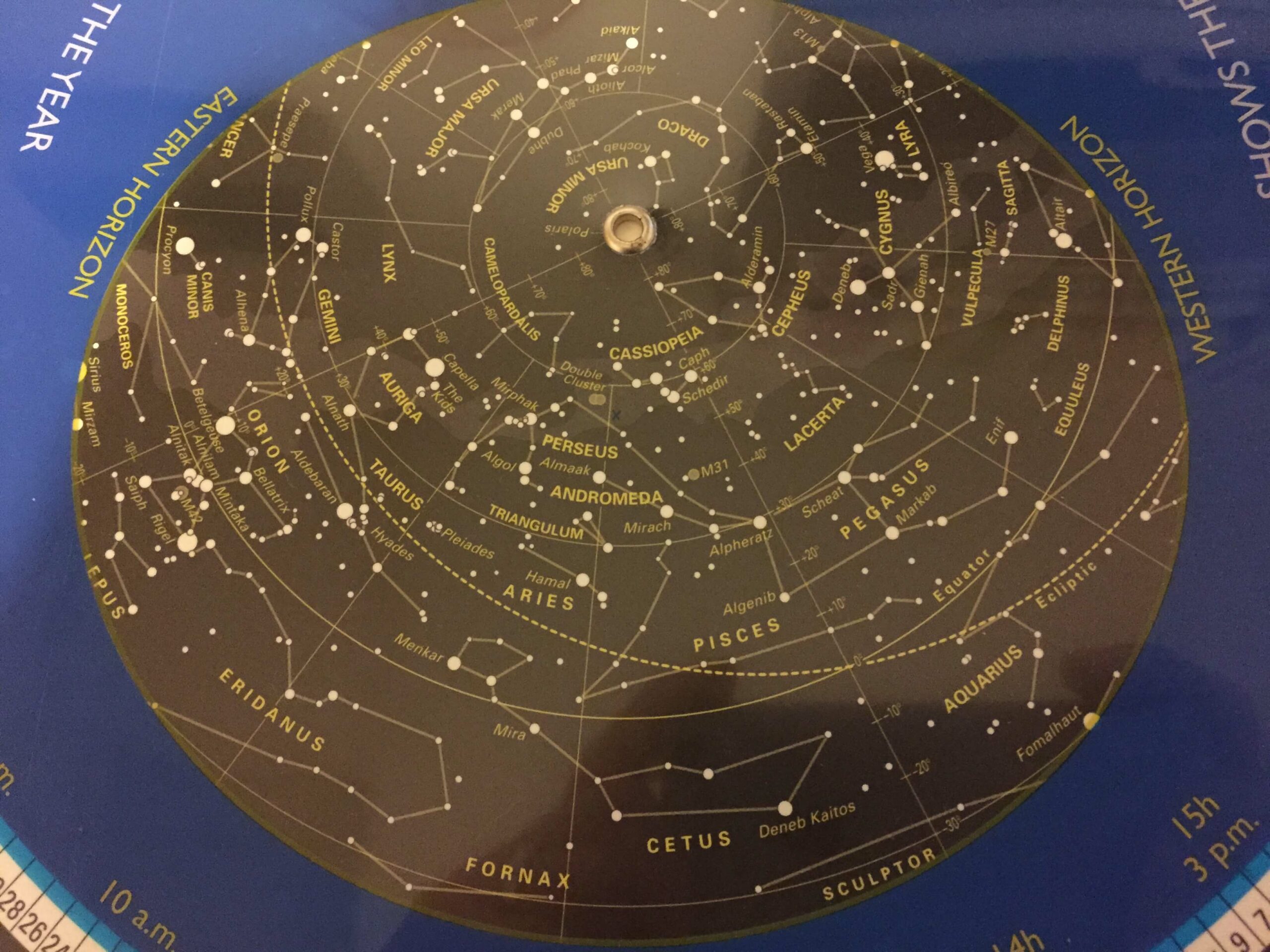 How to Use a Planisphere