In this article, we’ll be sharing with you everything you need to know about the constellation of Hercules, including how to find it, deep space objects contained within it, and how to use it to find other night sky objects more easily.

The Constellation of Hercules

The constellation Hercules is named after the Greek hero Heracles. Heracles was the son of Zeus and the mortal woman Alcmene and his birth name was either Alcides, Alcaeus, or Paleomon.

The Oracle at Delphi sent Alcides to Mycenae to serve King Eurystheus for a period of 12 years. At that time Alcides was renamed Heracles, which means ‘the glory of Hera’, and King Eurystheus gave him the series of tasks we know as the Twelve Labors of Heracles.

It was the Romans who renamed Heracles as Hercules.

Originally the Ancient Greeks knew this constellation as Egonasin or ‘the kneeling one’. Eratosthenes (ancient Greek polymath) and Aeschylus (ancient Greek tragedian) both identified the kneeler as Heracles.

To help you spot Hercules, here’s what SkySafari 6 shows.

Hercules has an area of 1,225 square degrees making it the 5th largest of the 88 recognized constellations.

It can be difficult to find this constellation in its entirety because many of its stars are dim. However, the asterism at its heart, the Keystone, is prominent high in summer skies.

As you can see in the image above, the Keystone is a parallelogram formed by the stars Pi, Zeta, Delta and Beta Herculis. This area represents the torso of Hercules.

The image below demonstrates clearly that the whole constellation covers a larger area of sky than just the Keystone.

In the next section discover how to find Hercules.

How To Find Hercules In The Night Sky

Hercules is part of the Hercules family of constellations. It is visible to observers at latitudes between +90° and -50°.

The constellation of Hercules is bordered by the constellations Aquila, Boötes, Corona Borealis, Draco, Lyra, Ophiuchus, Sagitta, Serpens Caput, and Vulpecula. See its brightest stars in the image below, which can be clicked for a full-screen version.

To find Hercules, carry out a naked-eye hunt for The Keystone.

If you have trouble picking out the Keystone, first spot magnitude +0.02 Vega (in Lyra). Pi Herculis (the Keystone star representing Hercules’ left shoulder) is located ~15° west of Vega. Use your hand at arm’s length to measure this distance.

To find Hercules’ exact position for your location on any night, use software such as Stellarium (free) or SkySafari.

While none of Hercules’s stars are brighter than magnitude 1.5, this constellation contains many binary stars with noticeable color contrasts.

Alpha Herculis (Rasalgethi) – This multiple star system has a combined magnitude of 3.48 and is the fifth brightest star in Hercules. It can be resolved into 2 components with a telescope for deep space objects.

Alpha-1 Herculis is a red giant, semi-regular variable with a magnitude range of 3.1 to 3.9. Alpha-2 Herculis is a spectroscopic pair (i.e. they can’t be visually separated) of a yellow giant and a main-sequence star with a combined magnitude of 5.0.

Alpha-1 Herculis and Alpha-2 Herculis are 5 arcseconds apart. Alpha Herculis is ~380 light-years away and Rasalgethi means ‘head of the kneeler’ in Arabic.

Beta Herculis (Kornephoros) – Magnitude 2.77 Kornephoros is the brightest star in Hercules. This double star has a yellow giant primary and an unseen companion which is only known by its gravitational effect on the primary. Kornephoros is ~148 light-years away.

Delta Herculis (Sarin) – This double star has a magnitude of 3.13 and is the third brightest star in Hercules. The bright white primary and secondary are only 0.06 arcseconds apart and can’t be resolved by a telescope.

Sarin also has bluish line-of-sight companions with magnitudes of 8, 10 and 11 and angular separations of 12 arcseconds, 172 arcseconds and 192 arcseconds respectively. Sarin is 79 light-years away.

The blue-white primary is 1 arcsecond away from its companion and so not practical to resolve in backyard telescopes. Cujam is 155 light-years away.

Zeta Herculis – This 2.84 magnitude variable double star is part of the Keystone asterism and marks Hercules’ right hip. It is the second brightest star in Hercules.

The 2.90 magnitude primary and 5.53 magnitude secondary are 1.3 arcseconds apart. Zeta Herculis is 35 light-years away.

Eta Herculis (Sophian) -This 3.48 magnitude variable double star is part of the Keystone asterism and marks Hercules’ right shoulder. It is 109 light-years away.

The yellow-orange primary varies in magnitude from 3.5 to 3.6 and is separated from its 11.7 magnitude secondary by ~117 arcseconds.

Theta Herculis (Rukbalgethi Genubi) – This orange-red giant, variable star has a magnitude of 3.83. Its magnitude varies from 3.8 to 3.9 with an unknown period.

Iota Herculis – This blue-white, subgiant, variable star has a magnitude of 3.80. A magnitude 11.8 secondary star with unknown orbit is 117 arcseconds away. Iota Herculis is 455 light-years away.

Kappa Herculis (Marsic, Marfik, Marsak) – This double star has a combined magnitude of 4.70. The pale yellow primary and reddish yellow secondary have magnitudes of 5.0 and 6.25 respectively. They are 27 arcseconds apart and are easily separated with small telescopes.

Marsic is a line-of-sight double; the primary is 388 light-years away while the secondary is 470 light-years away. Marsic, Marfik and Marfak are derived from the Arabic for ‘the elbow’.

The secondary is itself a 9.78 magnitude pair of red dwarfs.

Mu Herculis is 27.4 light-years away and Marfak Al Jathih Al Aisr means ‘the left elbow of the Kneeler’ in Arabic.

Its magnitude 7.5 secondary component is 0.5 arcseconds away (too close to be resolvable in small telescopes). Nu Herculis is 861 light-years away.

Xi Herculis – This yellow-orange giant, variable star has a magnitude of 3.70. Its magnitude ranges from 3.8 to 3.9 with an unknown period. Xi Herculis is 137 light-years away.

Omicron Herculis (Atia) – This blue-white, variable star has a magnitude of 3.83. Its magnitude ranges from 3.8 to 3.9 with an unknown period. A secondary component is located 0.1 arcseconds away. Omicron Herculis is 338 light-years away. The origin of ‘Atia’ is unknown.

Pi Herculis – This 3.16 magnitude star is part of the Keystone asterism and marks Hercules’ left shoulder. It’s the fourth brightest star in Hercules and is 370 light-years away.

Rho Herculis – This attractive double star is located near the Keystone asterism. The blueish-white primary and greenish-white secondary star are 4 arcseconds apart and shine with magnitudes 4.56 and 5.42 respectively. Rho Herculis is 402 light-years away.

Tau Herculis (Rukbalgethi Shemali) – This blue-white variable, subgiant double star has a magnitude of 3.90 which varies to 3.8 with an unknown period.

A 14.6 magnitude secondary component is 6.7 arcseconds away and out the reach of most backyard scopes.

Chi Herculis – This 4.61 magnitude, yellow, main sequence, variable star has an unknown period and is 52 light-years away.

Its 11.5 magnitude secondary component is unresolvable with small telescopes. The stars are 250 light-years away.

95 Herculis – This matched pair of double stars have a combined magnitude of 4.31. The magnitude 4.88 primary and magnitude 5.20 secondary are golden and silver in color and 6.3 arcseconds apart.

Hercules’s most famous star hops are to M13 and M92.

M13 (Hercules Cluster) – Locate the Keystone. M13 is one-third of the way from Eta Herculis to Zeta Herculis. See the image below.

M92 (Globular Cluster) – Is also found using the Keystone as a starting point. Imagine a triangle pointing north from Pi Herculis and Eta Herculis. Shift the tip of this triangle slightly toward Vega to find M92.

Objects To See Within Hercules

Despite its relatively large size, Hercules only contains two Messier objects, and we saw both of them above.

Unfortunately, most of its other deep sky objects make poor targets for small telescopes.

M92 (NGC 6341) – This globular cluster is one of the brightest in the northern hemisphere. It has a magnitude of 6.44 and an apparent size of 14.0 arcminutes.

Despite its large size, Hercules has few deep sky objects for small-scopes. However, its two Messier objects are among the best in the northern hemisphere.

The Keystone asterism is a wonderful focal point in summer skies, and its many double stars are highly contrasted and make for enjoyable evenings of astronomy.

If you’re observing this summer, have a look for the Keystone and enjoy the wonders of the constellation of Hercules. 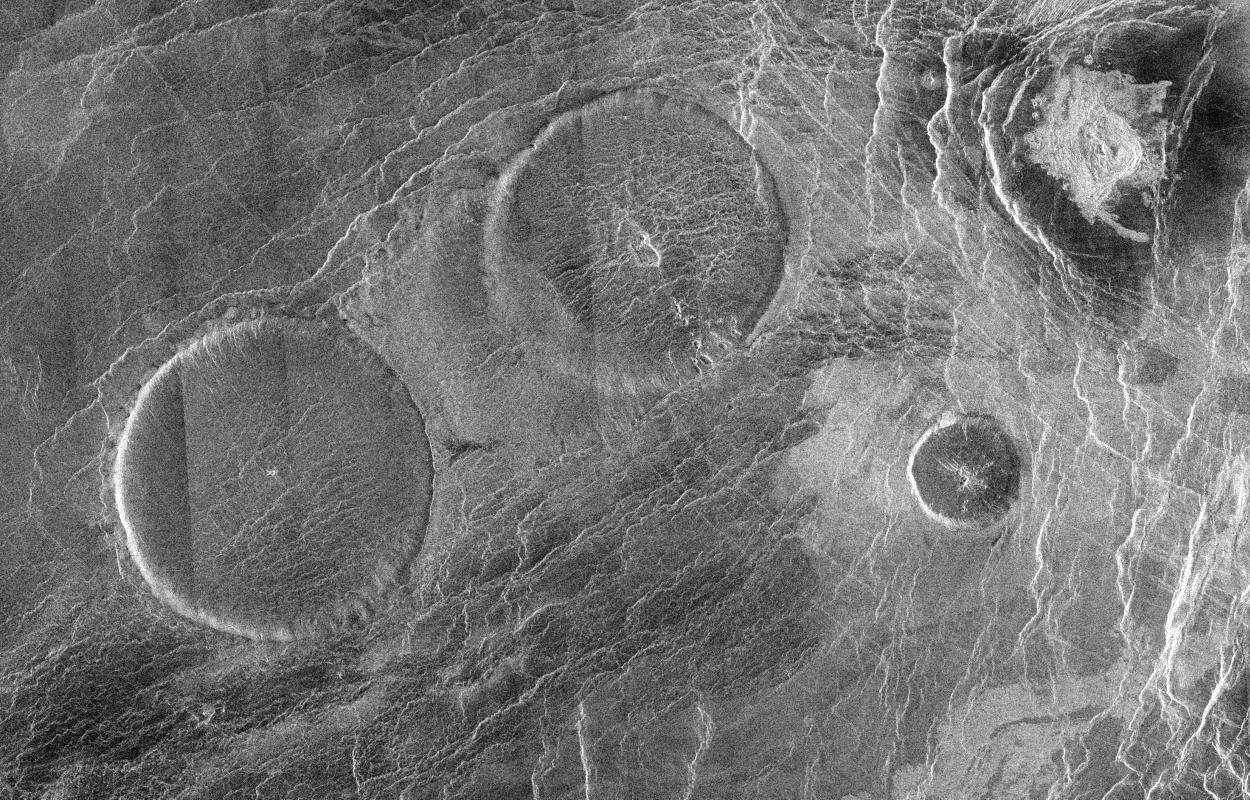 Why Is Venus The Hottest Planet In The Solar System?