What are Variable Stars and Where Can We See Them?

By Sharmila Kuthunur
|
8 minutes
Home »Astronomy »What are Variable Stars and Where Can We See Them?

Variable stars are ones whose brightness, or magnitude, varies over time. There are countless numbers of them in the heavens but there are only so many we can see directly with a backyard telescope.

In this article, we’ll explore what causes a star to be variable in its brightness and how they are categorized, which is not the same as categorizing different star types.

There are two types of variable stars: intrinsic and extrinsic.

As the name suggests, intrinsic variables are ones whose internal characteristics are the cause of their variability.

Extrinsic variables are stars that have their brightness changed due to external factors.

We’ll look at the sub-categories within each type below.

Intrinsic variable stars change their brightness due to internal processes such as expanding or contracting, erupting, or pulsating to reveal the star’s physical properties.

There are two subcategories of intrinsically variable stars. The first is pulsating stars. These are stars that expand and contract radially.

The second type is cataclysmic variable stars. These are stars whose brightness varies due to large amounts of change in their nuclear activity caused by gaining or losing mass.

Examples of this type are the cataclysmic variables and the eruptive variables.

Cepheid variables expand and shrink radially every 1 to 50 days, and sometimes up to 135 days. During this time, their apparent magnitudes can swing as much as one whole magnitude, which equates to a 250% change in luminosity.

The astronomer Henrietta Swan Leavitt discovered that the longer its period of shrinking and expanding, the more luminous the star is. This is known today as ‘Leavitt’s Law’ and is the basis for astronomy’s first ‘standard candle’.

Cepheid variables are special because their precise brightness can be inferred from their period of variability. Astronomers use this standard candle to measure stellar distances as far as 13 million light-years in Earth-bound telescopes, or to 100 million light-years with the Hubble Space Telescope.

Although Cepheids are a rare star type, they are useful for measuring distances to other galaxies because they are massive and bright. In the order of 5x to 20x the size of our sun, they shine from 1,000 to 100,000 times more brightly.

RR Lyrae is a variable star residing in the Lyra constellation. It is the brightest star in the class of variable stars named after it.

RR Lyrae variables are, like Cepheids, found in the ‘instability strip’ of the Hertzsprung-Russell diagram which measures star color against luminosity. This part of the diagram is where most intrinsically variable stars are found.

The stars in this class of variable are much dimmer than Cepheids (look at the ‘absolute magnitude’ axis on the chart above) and less massive – about half the sun’s mass.

Their magnitude varies between 0.2 to 2 points over short periods, ranging from around 7 to 24 hours.

RR Lyrae types are old stars because they form at the red giant stage of a star’s life. It will take our sun 10 billion years to become a red dwarf. This is why they are usually found in dense globular clusters.

Like Cepheids, RR Lyrae stars are also used to measure galactic distances because there is a known relationship between their variability period and brightness.

RR Lyrae-type stars are much more common than Cepheid variables but since they are also much less luminous, they are only useful for measuring distances within the bounds of our Milky Way galaxy.

Stars belonging to the RV Tauri variable class have an unusual pattern of variability. Their minimum brightness alternates between deep and shallow.

For example, the star AC Herculis in the constellation of Hercules has a maximum magnitude of ~7.2, which then dips to ~7.7. It returns to ~7.2 before dipping more deeply to magnitude ~8.5 before the cycle starts again.

RV Tauri stars typically change their brightness by as much as four magnitudes roughly every 30 to 150 days (the period is measured between the deepest minima).

In the H-R diagram above, these stars are found at the top end of the W Virginis line in the Instability Strip, marking them out as thousands of times more massive than the sun.

The brightness of these stars reflects their spectral type. When they are the brightest, they fall in spectral classes F to G. At their dimmest, they are found in classes K to M.

Mira-type variable stars are very cool red giants 200 to 300 times the radius of our Sun. They pulsate with a period in excess of 100 days, during which their brightness ranges from 3,000 to 4,000 times the sun’s luminosity.

These red stars are named after Mira, the archetypal star. Their luminosity can vary by as much as 2.5 magnitudes between their brightest and dimmest.

This class of variable stars consists of giants and supergiants that pulsate over periods of anywhere between 20 to 2000 days.

Stars in this category have completed the main sequence stage and pulsate with lower amplitude than Mira class variable stars. They are semi-regular because their periodicity can be calculated, but it is also combined with numerous light curve irregularities.

Betelgeuse is a prime example in this category because it has multiple periods of pulsation. Often, it pulsates at a constant 425 days, but it has changed to 5.9 years for a brief period.

Cataclysmic variable stars are binary stars where one component is a white dwarf which is ‘feeding’ off the mass of the other donor star.

Eventually, when the white dwarf has stolen enough of the donor star’s mass, it can breach the Chandrasekhar Limit and erupt as a Type Ia supernova.

Before that happens, the accretion disc of stolen material that surrounds the white dwarf has smaller instabilities which cause dwarf nova outbursts. These are brighter and hotter than the background levels and, since these can be periodic of days or years, cause us to see the star as a variable.

Few stars have violent activity occurring only in their chromospheres or coronae. Usually, these stars are losing material but they can also be adding it to their giant bulk.

Erupting variables are generally irregular in the brightness fluctuations but can be semi-regular.

It’s easy to see these as misnamed since it is the cataclysmic variables that erupt in brightness. Conversely, eruptive variables tend to change brightness much more calmly.

Stars in this category appear to change their brightness, but that is only because of events that are happening externally. The stars themselves are not changing, only the proportion of their light that we can see.

Half of all known stars are binary — two stars orbiting around a common center of mass.

When one star passes or transits in front of the other, the dip in the overall system’s brightness is seen as a variable star. Astronomers see this in dips of the star’s light curve during transits.

Algol’s regular luminosity is magnitude 2.1 but it dips to magnitude 3.4 as the brighter A star is eclipsed by the dimmer B star for 10 hours every three days.

This is an easy sight to experience for yourself as a backyard astronomer, just use Algol dimming tables and watch it over a period of hours around maximum eclipse.

We now know, thanks to Kepler, that there are more than 2,600 eclipsing binaries in our galaxy.

Some stars contain starspots that are akin to sunspots on the surface of the sun.

These are cooler and darker than the rest of the star’s surface and, as the star rotates, its overall luminosity dims when large groups of these spots face Earth. This leads to an appearance of a variable star.

BY Draconis in the constellation Draco is believed to be an example of this kind of variable star.

You may well know of pulsars and not thought of them as variable stars but they are… just on an incredible timescale.

We know these small stars – the incredibly dense core left after a supernova explosion – as lighthouses of the universe because they spin rapidly, projecting a beam of light every half spin.

And, when we say rapidly, we’re not joking. Millisecond pulsars project their beam in our direction tens of thousands of times every second. Which is also how frequently their brightness varies.

How Do We Find and Study Variable Stars?

Astronomers use photometry and spectroscopy to dissect whether stars are variable. Their observations produce light curves, the dips in which reflect variability.

The frequency of these dips reveals periodicity, and the spectrum provides knowledge about the star’s physical and chemical properties.

Most Obvious Variable Stars You Can Find

All of the above-mentioned variable stars are also visible with the naked eye, provided the skies are dark enough.

Consecutive observations are required to distinguish the brightness during the star’s periodicity. It also helps to compare the star’s brightness to others near it when you observe, this makes it easier to note differences over time. 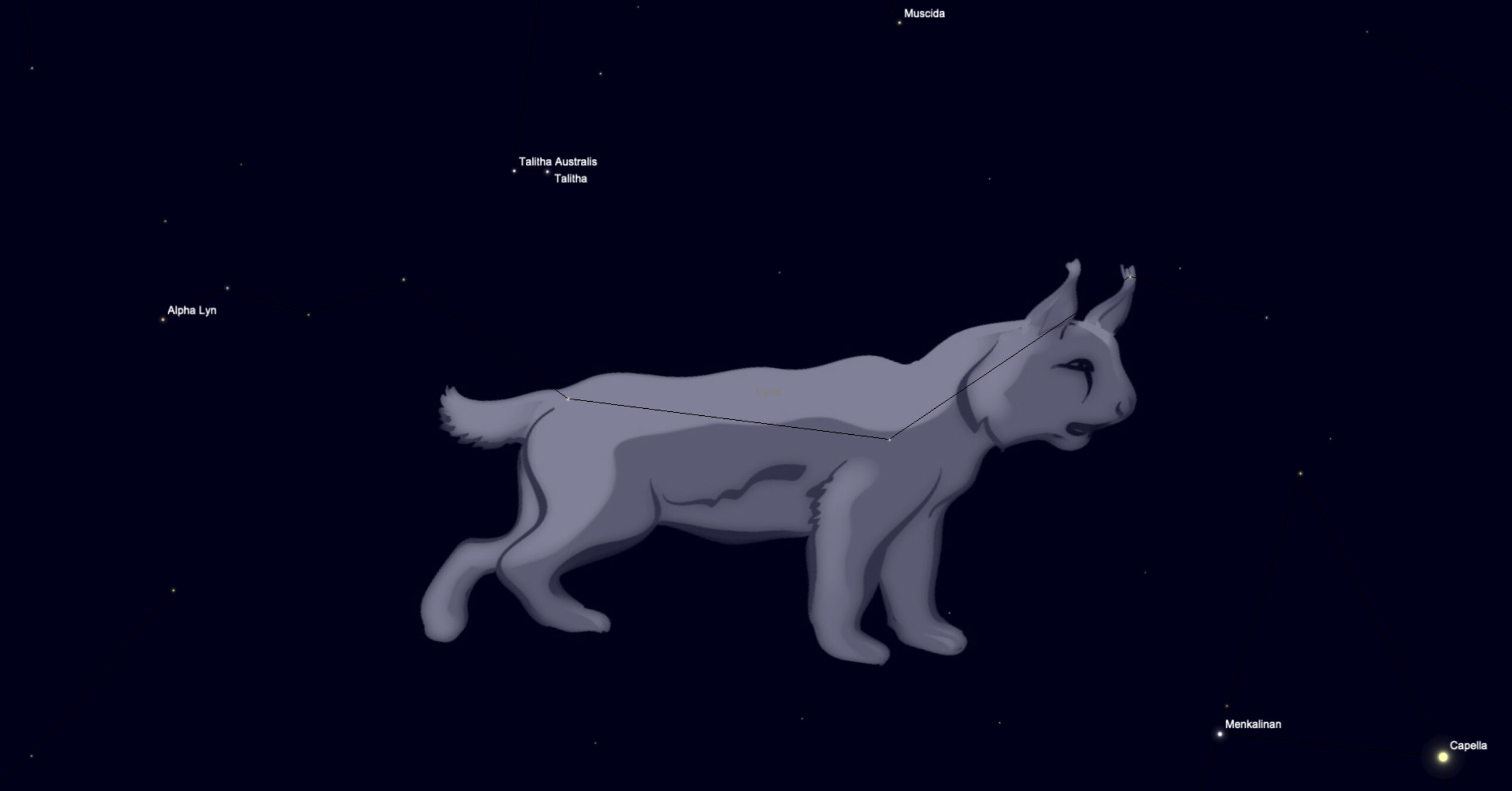