How Old Is The Sun And When Will It Die?

By Sharmila Kuthunur
|
6 minutes
Home »Astronomy »How Old Is The Sun And When Will It Die?

In astronomy, all distances and times are on a mind-boggling scale: the nearest star to our solar system is 4.37 light-years away (one light-year is 6 trillion miles or 9.7 trillion km); our solar system has existed for 4.5 billion years; the Sun is so huge we couldn’t walk around it in a lifetime, and the list goes on.

These timescales are overwhelming, but it is important to know the ages of these stars, especially our own Sun because it plays a crucial role in estimating Earth’s habitability.

Knowing how old the Sun is also helps to determine how much longer it will keep shining for, and what happens when it eventually dies.

Fortunately, there are scientific methods that help astronomers learn the age of our solar system and the Sun. And, even though there are different methods, they all give us the same answer.

How Do We Measure The Age Of The Sun?

One such method uses radioactive dating to pin down the age of the solar system’s oldest meteorites. Since these formed at the same time as the Sun, knowing their age tells us how old the Sun is. The oldest meteorites are 4.5 billion years old.

Stars like the Sun belong to a category called G-type main sequence stars or yellow dwarfs and have a lifetime of 9 to 10 billion years. If our Sun is 4.5 billion-years-old, we know that is currently at its halfway mark towards the end of its life.

Like other stars, our Sun is fueled by energy released due to nuclear fusion deep inside its core and will continue to do so for the next 4.5 to 5.5 billion years.

But our Sun, like all stars, will eventually run out of fuel and die.

Let’s peep into the future to see the fate of Earth and the other planets when our Sun no longer produces the light and heat we require.

How Old is the Sun?

We believe the Sun is 4.5 billion years old, give or take a few million years.

The Sun formed 4.5 billion years ago from a cloud of gas and dust that collapsed when a shockwave from a nearby supernova explosion struck it.

Over millennia, so much mass aggregated that pressure and heat at its core that nuclear fusion reactions ignited and produced energy. Those same reactions continue to fuel the Sun today and allow it to generate the heat and light that we feel and see.

How Long Will the Sun Survive For?

On a human timescale, this is an unimaginably long time. Even the process of stellar death will last hundreds of thousands to millions of years.

How Long Will Earth Be Habitable For?

Scientists predict that Earth will become inhospitable within the next 300 million years.

In the next billion years, the solar radiation from the Sun will increase by 8%. While that doesn’t seem like much at first glance, every 0.1% increase in solar radiation causes global temperatures here on Earth to rise by 0.2 degrees Celsius.

An 8% rise will lead to a 16 degrees increase, during which the sky will get cloudier, and the amount of CO2 will increase (even oceans that traditionally block CO2 in their seabeds will give it all up). Habitability on Earth will change in less time than it’s taken life to evolve.

Long before the Sun runs out of fuel – billions of years before, in fact – Earth would have become inhospitable to all known life forms.

How Will The Sun Die?

Our Sun is currently balanced by two forces: gravity that tries to pull everything into the Sun’s core, and the heat due to nuclear fusion that tries to expand the Sun out and away from its core. Currently, these two forces are balanced, so the Sun is in a stable phase.

However, once all of the Sun’s hydrogen is used up, it will move on to burning helium. This is a more energetic reaction and will sway the existing balance in favor of expansion.

Helium needs more energy for its fusion reaction, which is caused by the core of the Sun contracting under the force of gravity. When this happens, more heat is forced into the layers outside of the core where there is still hydrogen. This hydrogen now undergoes its own fusion reaction, the energy from which causes the outer layers of the Sun to balloon outwards.

When this happens, roughly 5 billion years from now, the Sun will expand into what’s called a red giant, and engulf all planets inside Earth’s orbit.

Ironically, this may make some of the moons of Jupiter or Saturn habitable as the expanding Sun causes them to receive more heat and light than they currently do.

When Will The Sun Die?

After remaining in the red giant phase for about a billion years, all the helium in the Sun’s core will fuse into heavier elements like oxygen and carbon. The heaviest element that can be created in the Sun’s core is iron.

However, these fusion reactions emit steadily less and less energy as they move from hydrogen to iron. Lower energy pushing the Sun’s layers outwards means that gravity exerts more control and forces the Sun to dramatically shrink into a white dwarf.

At this point, the Sun will shrink to the size of Earth and could not be seen with a naked eye (were there any left to try). However, it will still have the mass of the Sun, making it 200,000 times denser than Earth.

From then onwards, the Sun will continue losing heat for billions of years and eventually becomes a black dwarf. We do not believe there are any examples of black dwarfs since the oldest known stars are only 10 billion years old, i.e. they haven’t had enough time to cool down yet!

Our Sun is 4.5 billion years old, and its size is due to the delicate balance between the force of gravity trying to shrink it and that of nuclear fusion which tries to make it expand.

Eventually, the Sun will run out of hydrogen atoms, and will swell as the more energetic helium reaction takes hold. Eventually, the helium will be spent and energy levels will fall as heavier and heavier elements up to iron are formed through fusion.

Gravity asserts final control over our star, causing it to shrink into being a dense, hot white dwarf. Over billions of years, this will cool to be a black dwarf with the same temperature as the surrounding space.

The fact that the Sun will die and engulf all the planets, including Earth, is horrifying, but wouldn’t you agree that there is a fascination in that horror? 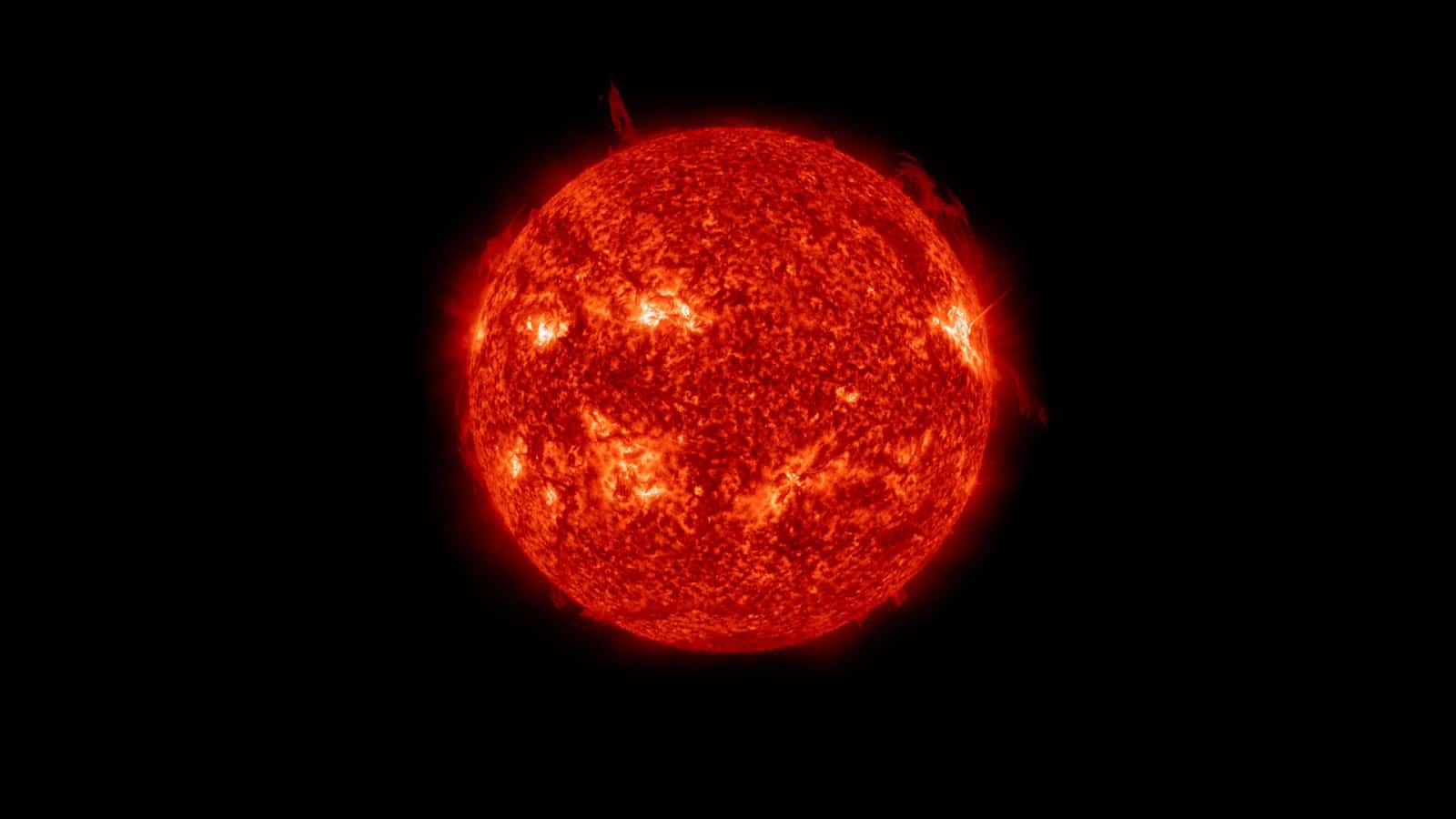 How Far Away Is The Sun From Earth?