In this article, we’ll be sharing with you everything you need to know about the constellation of Virgo, including how to find it and deep space objects contained within it. We’ll also show you how to use it to find other night sky objects more easily.

The Constellation of Virgo

Virgo is the Latin word for ‘virgin’.

There are a few different Greek myths about Virgo. In one it’s associated with Demeter, goddess of agriculture. In another, it represents Persephone (Demeter’s daughter), whose four months spent in the underworld coincide with winter.

In a third myth, Virgo is associated with Dike, goddess of justice.

To help you spot Virgo, here’s what SkySafari shows. Like so many of our constellations, some imagination is required to go from the stars to the image!

Virgo has an area of 1,294 square degrees, making it the 2nd largest of the 88 recognized constellations. To help you spot it, here’s a star map of its brightest stars to magnitude 5.0. Click the image to open a full-screen version.

You may recognize its famous star Spica. Spica is the 16th brightest star in the sky and considered to be a nearly perfect example of a first magnitude star because it shines at a magnitude of 0.97-1.04.

Spica is also well known as one corner of the Spring Triangle. This is an asterism it forms with Regulus, in Leo, and Arcturus, in Boötes.

In the next section, we’ll discover how to find Virgo.

How To Find Virgo In The Night Sky

As one of the zodiacal constellations, Virgo is found along the ecliptic. It is visible to observers at latitudes between +80° and -80°.

The best months for evening observations in the north are May into June when Virgo transits the southern horizon around 10pm, midway between the horizon and zenith (the overhead point).

In the SkySafari 6 image below you can see Virgo over the southern horizon at 10pm on June first.

As you can see in the image above, Virgo constellation is bordered by the constellations Boötes, Coma Berenices, Corvus, Crater, Hydra, Leo, Libra and Serpens Caput.

To find Virgo, carry out a naked-eye hunt for Spica.

If you have trouble spotting Spica, you can star hop to Virgo from the Big Dipper (known as the plough in the UK). Extend the arc of the Big Dipper’s handle ~30° to Arcturus (in Boötes) then extend the curve another 30° to Spica.

To find Virgo’s exact position for your location on any night, use software such as Stellarium (free) or SkySafari.

Except for Spica, none of Virgo’s stars are particularly bright. The following lists those members down to magnitude 5.0, which can all be seen in the image below.

Alpha Virginis (Spica) – At magnitude 1.0, Spica is the brightest star in Virgo and 16th brightest in the sky. Located ~260 light-years away, this blue giant is one of the nearest massive double stars.

Spica is a non-eclipsing binary system but the companion is too close to be optically separated.

Beta Virginis (Zavijava, Alaraph) – At magnitude 3.6, it’s the fifth brightest star in Virgo. This main-sequence star is ~36 light-years away.

Zavijava is derived from the Arabic phase for ‘the corner of the barking dog’. Beta, Eta, Gamma, Delta and Epsilon Virgini form an asterism known as ‘Barker’ in Arabic.

Gamma Virginis (Porrima) – This binary star has a magnitude of 3.5 and is ~38.1 light-years away. Both stars are yellow-white and are ~3.0” apart so they can be distinguished in a backyard telescope.

Porrima is the second brightest star in Virgo and is named after the Roman goddess of prophecy.

Delta Virginis (Auva) – This red giant has a magnitude of 3.4 and is about 198 light-years away. Auva is derived from the Arabic word meaning ‘barker’.

Epsilon Virginis (Vindemiatrix) – With a magnitude of 2.8, this yellow giant is the third brightest star in Virgo. It is ~110 light-years away from our solar system.

Vindemiatrix is derived from the Latin word for ‘grape harvestress’.

Zeta Virginis (Heze) – This white main-sequence star has a magnitude of 3.4 and is ~74 light-years away. The origin of its traditional name is unknown.

Eta Virginis (Zaniah) -This triple star system has a magnitude of 3.9 and is some 265 light-years away. The stars are too close together to be resolved. Zaniah comes from the Arabic word for ‘corner’.

Iota Virginis (Syrma) – This yellow giant variable star has a magnitude which ranges from 4.0 to 4.1 and is ~70 light-years away. Syrma comes from the Arabic word for ‘garment train’.

Mu Virginis (Rijl al Awwa) – This yellow-white giant has a magnitude of 3.9 and is approximately 61 light-years from Earth. Rijl al Awwa means ‘the foot of the barking dog’ in Arabic.

Theta Virginis – This orange giant multiple star has a magnitude of 4.4 and is 320 light-years away. The spectroscopic secondary (i.e. not resolvable) shines at magnitude 6.8.

Chi Virginis – This is a double star 294 light-years away shining at magnitude 4.7. The secondary shines at magnitude 8.8 and is almost three arcminutes distant from the main star.

Nu Virginis – This red giant is a semi-regular variable with a mean magnitude of 4.04. It’s 313 light-years away.

61 Virginis – This yellow main-sequence star has a magnitude of 4.74 and is ~27.9 light-years away. Its composition is identical to the Sun’s and it has an extrasolar planet.

70 Virginis – This yellow dwarf has a magnitude of 5.0 and is ~58.7 light-years away. In 1996 an extrasolar planet was discovered in orbit around it.

109 Virginis – This white dwarf star has a magnitude of 3.7 and is the seventh brightest star in Virgo. It’s ~129 light-years away.

The small number of bright stars in Virgo seems to suggest that it’s not a good constellation to start star-hopping from. On the contrary, it’s packed with deep sky objects.

This region of the sky contains the greatest density of galaxies in our sky and is roughly bound by the stars Vindemiatrix, Auva and Denebola.

To find the Virgo Cluster first locate Vindemiatrix, which is roughly halfway between Arcturus (in Boötes) and Denebola (in Leo), then jump to Rho Virginis.

See the locations of many of the galaxies in the clickable image below. Use this link to learn more about observing the Virgo Supercluster.

Now let’s take a closer look at the deep sky objects within the Virgo constellation.

Objects To See Within Virgo

Virgo’s deep sky objects include 11 Messier objects which is the second highest number of all the constellations (only Sagittarius has more, with 15).

M49 is the brightest galaxy in the Virgo Cluster and was the first to be discovered. Find it approximately 4.1° west-southwest of Epsilon Virginis.

M60 is the third brightest galaxy in the Virgo Cluster.

M84 marks the beginning of Markarian’s Chain of galaxies, which stretches from M84 to M88 (in Coma Berenices).

M87 is the second brightest galaxy in the Virgo Cluster and can be found along the line from Epsilon Virginis to Denebola, in Leo.

M90 is the prototype anemic galaxy due to the low contrast between the disk and spiral arms.

While Virgo has only one bright star, its multiple deep sky objects are a treasure trove. Look for Spica this spring and enjoy the wonders of Virgo. 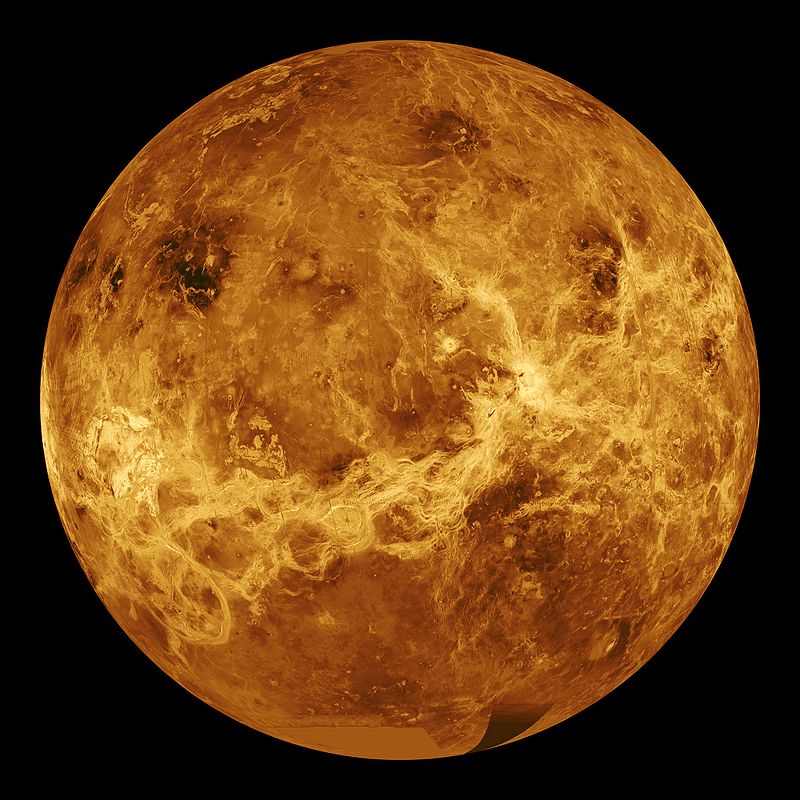 How Far Away is Venus?