What is the Ecliptic in Astronomy? A Guide to the Planetary Highway

By Adam Kirk
|
5 minutes
Home »Astronomy »What is the Ecliptic in Astronomy? A Guide to the Planetary Highway

In astronomy, the ecliptic is one of the imaginary lines we use to navigate the sky.

It is often plotted on star charts to help astronomers see where any visible planets and the moon will be. Why is it that this line is a highway for the planets?

In this astronomer’s guide to the ecliptic, you’ll find the answer to that question and learn why this is such a useful term to be aware of.

What Is The Ecliptic?

Very simply, the ecliptic is the line of the sun’s apparent path through the sky.

The path of the ecliptic is inclined at 23.5° to the plane of our orbit around the sun because our planet‘s axis is tilted by that amount to the sun’s equator.

But why do we say it’s the sun’s apparent path through the heavens?

Well, it’s because the sun is not really moving through our sky at all. Instead, the sun’s motion across the constellations is an effect created by our orbit around it.

We zoom around the sun at 67,000 mph or 18.5 miles per second. However, the distance we have to travel is so vast that, even at this colossal speed, it still takes a full year for us to complete the journey.

As we move along our orbit, we see different constellations appear behind the sun… at least we would if it wasn’t too bright to see them.

Our movement equates to one degree per day, or about the width of two full moons. Over a year, the path of the sun travels through 13 constellations, which are known as the zodiac constellations.

The Ecliptic and the Zodiac Constellations

You can see the journey in the image below, click it for a fullscreen version.

Despite what horoscopes say, there are actually 13 zodiac constellations and the sun spends roughly four weeks of the year with each as a backdrop. From the start of a year, they are:

In reality, the sun spends different amounts of time in each one, depending on how much of the sky they cover and how deep into them the sun travels.

For example, the chances are that if you’re a Scorpio, you are really an Ophiuchus(io?) because the sun only spends a week in Sagittarius compared to three weeks in Ophiuchus!

Why Is The Sun’s Path Called the Ecliptic?

The ecliptic is named such because it’s the line on which eclipses happen, which makes sense when you think about it.

The ecliptic is the line drawn by the sun, so when the moon gets in the way of that view, we see a solar eclipse. A lunar eclipse happens when the moon is exactly on the opposite side of us from the sun which can only happen when it too is on the ecliptic.

If it’s that simple, why don’t eclipses happen every month?

Well, the reason eclipses are rare is because the moon’s orbit is not quite in the same plane as Earth’s. Its orbit is tilted about 5.5° away from ours. Because of its inclined orbit, the moon spends half of each month above the line of the ecliptic and half below it.

Twice each month, the moon crosses the line of the ecliptic, once as it moves from above to below it, and once in the opposite direction.

Eclipses can only happen when the moon is new or full at the time it crosses the ecliptic. If it’s new when crossing the line we see a solar eclipse and if it’s full, we experience a lunar eclipse.

If the moon is at any other phase when it crosses – which is most of the time – it’s not lined up with the sun, so no eclipse can happen. This is why eclipses are rare events

Why Are Planets Only Found Near the Ecliptic?

The planets of the solar system orbit on a very narrow plane, none of them leaves the plane of the sun’s equator by more than 7.2°.

Planets are always found on or near the ecliptic because they are all within a very narrow plane of the sun. Where it travels is where we also find the planets.

Knowing where to find the ecliptic line is very useful for planet-hunting astronomers.

Where is the Ecliptic?

The ecliptic is one of the base measures for our celestial coordinate system because zero hours of right ascension is defined as the point where the sun’s path (a.k.a. the ecliptic) crosses the celestial equator at the vernal equinox.

However, even though the line is fixed (pretty much), our personal view of it changes over a year.

Let’s take 10pm as our base time for astronomy to see how it changes through the year. All of the images are from SkySafari 6 and can be made full screen by clicking on them.

In winter, we find the ecliptic high in the northern hemisphere sky at 10pm, soaring over the top of Orion’s outstretched arm. From mid-US latitudes, the line extends to around 70° over the horizon.

Not much has changed since January. The highest section now cuts through Cancer and Gemini at 65° over the horizon.

In the transition from winter to summer, the ecliptic has sunk much lower and is now around 45° over the horizon in Virgo.

As fall begins, the ecliptic is at its lowest in evening skies, just 30° above the horizon on Capricornus.

The opposite is true in the morning, the ecliptic rises high in fall mornings but is low in spring.

This makes intuitive sense. In the summer, the sun rises higher in the sky in the day and so more of its path is visible in the day than at night

In winter the opposite is true, the sun travels a long way below the horizon, so we see more of its path in the hours of darkness

Now you know everything you need to use the ecliptic to plan your planet-hunting.

Get outside tonight and see if you can work out where the ecliptic is by where the moon and tonight’s planets are. 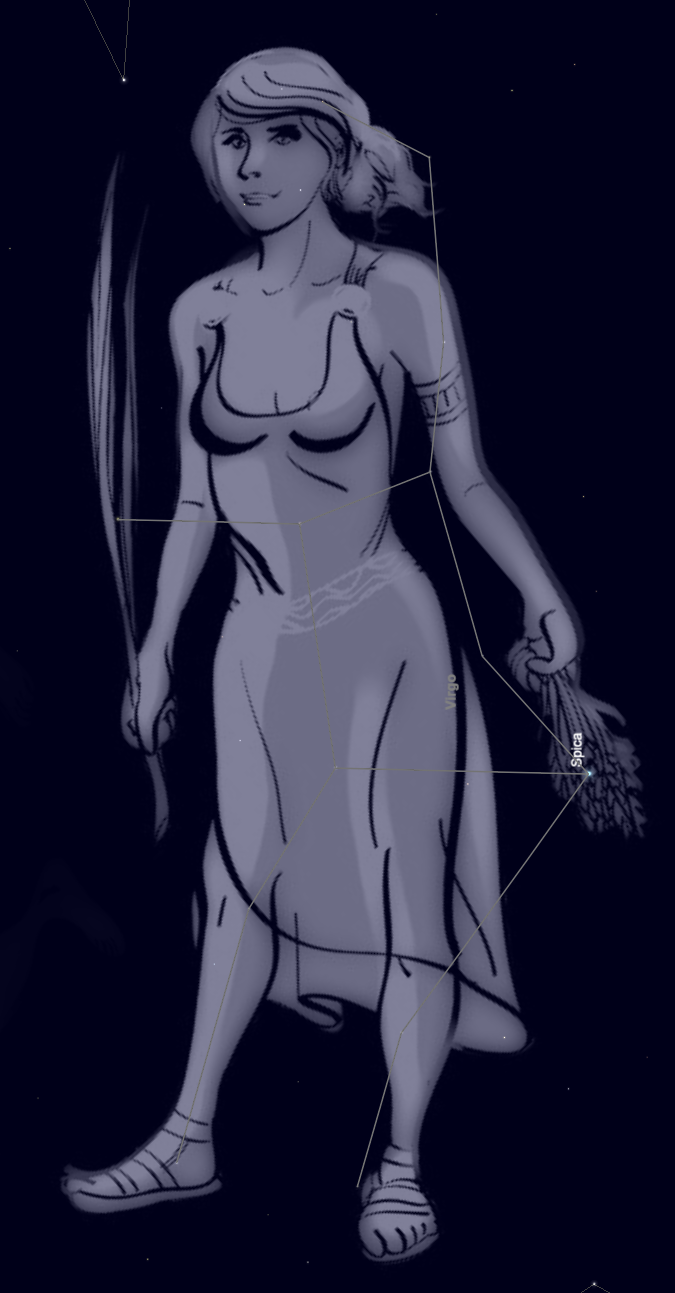